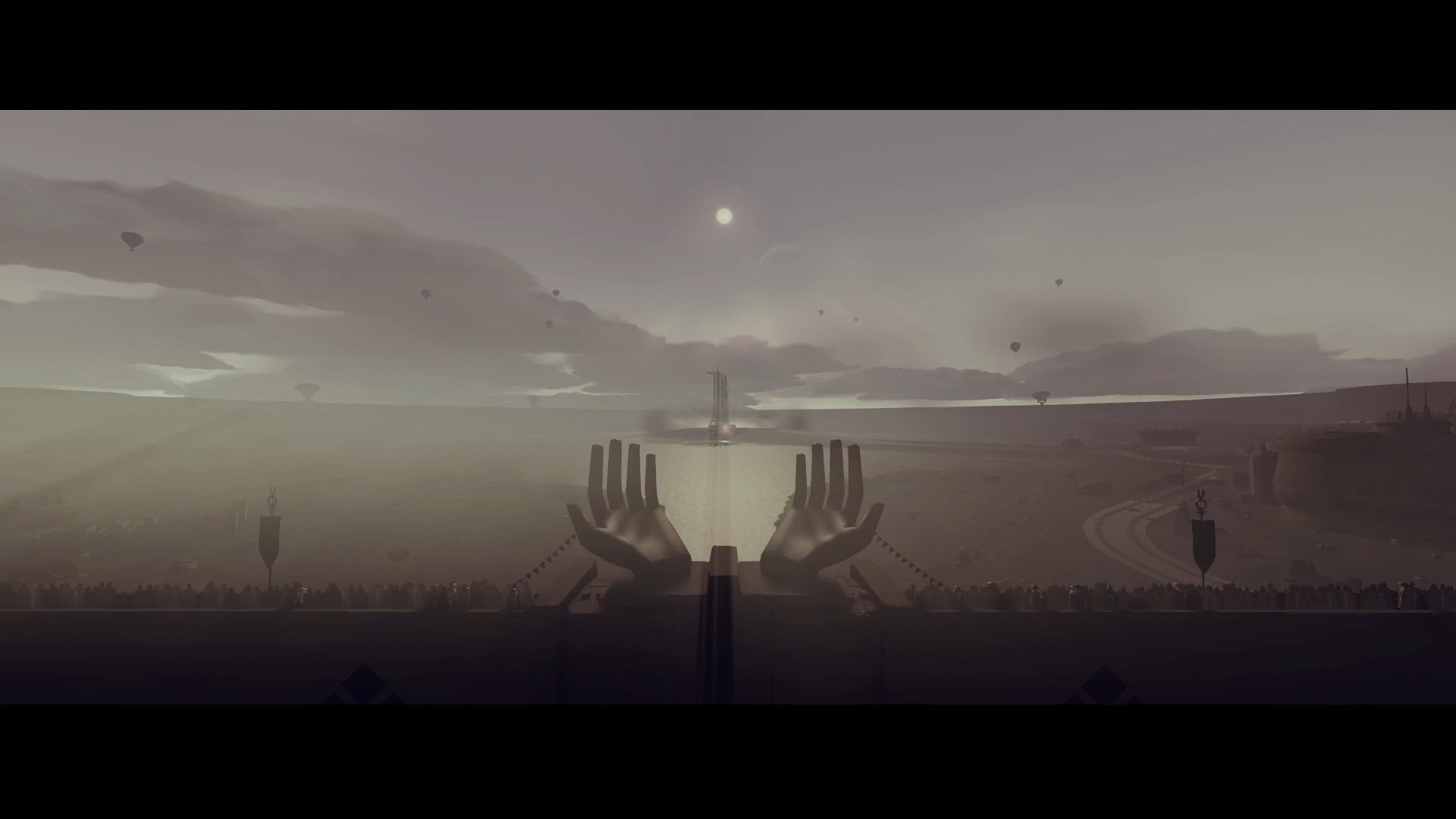 Jett: The Far Shore is a cinematic action game releasing on PS5 this holiday, from the developers of Sword & Sworcery.

Superbrothers and Pine Scented have collaborated to bring this meditative interstellar exploration game to the next gen console shortly after it releases this holiday season.

The game features synth soundtracks reminiscent of Superbrothers: Sword & Sworcery EP, a collaboration with Capybara Games and musician Jim Guthrie. The songs and sounds this time are provided by SCNTFC, best known for composing the soundtrack of 2016's Oxenfree, a delightfully cool and creepy game about haunted radio waves.

In the game it appears you explore cultures and civilizations across space in a ship that can dive through waves on other planets. Landscapes include grassy meadows, with skeletal remains of huge creatures, or stormy oceans full of obstacles.

We'll have more information about Jett: The Far Shore when it arrives, but until then enjoy the trailer above with its transcendental bleeps and bloops. For more details of what PS5 games were revealed on Sony's announcement stream this evening, check out the rest of our coverage.