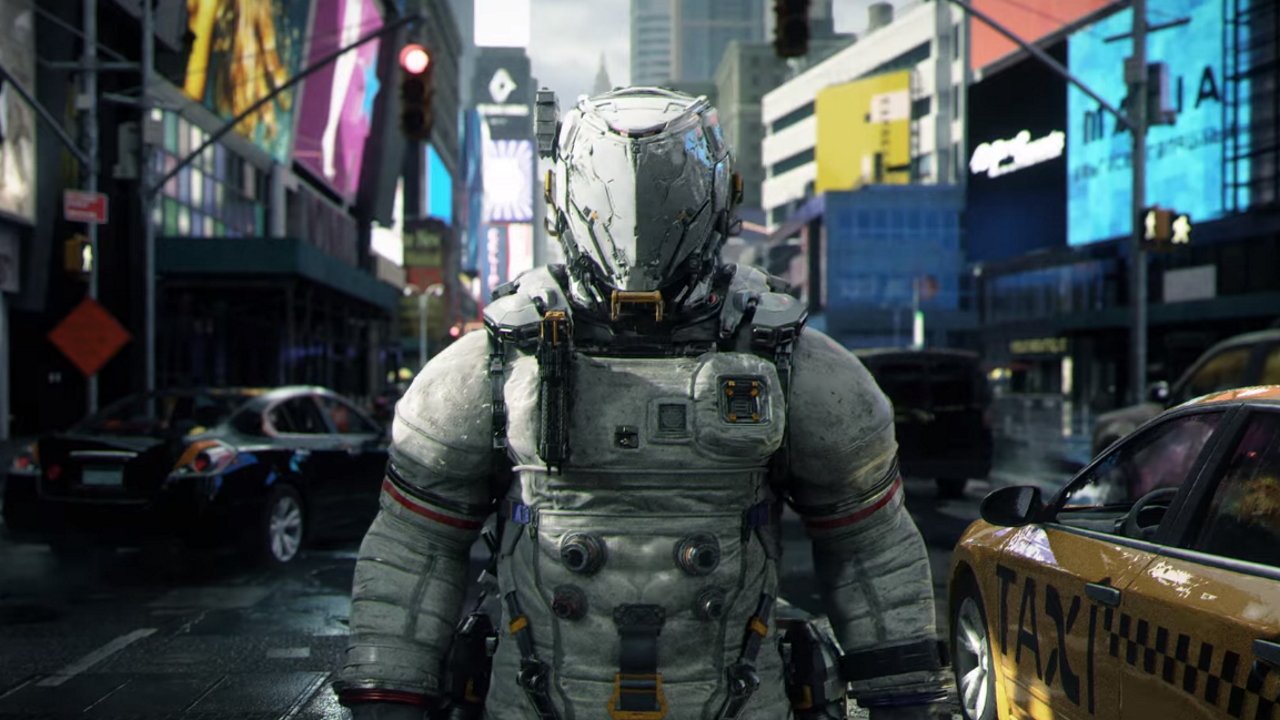 When Capcom trademarked the name Pragmata ahead of tonight’s PS5 Future of Gaming showcase, we weren’t sure what to expect. Now that we’ve seen the game, we can’t really say we’re any closer to understanding. Pragmata will release on PS5 and Xbox Series X sometime in 2022.

The reveal trailer for the new IP showed a figure in a spacesuit walking through an empty city street. After firing a cloud of dust into the air, the figure scanned what appeared to be the echoes of people that previously moved across it. Following the images to a young girl and her robotic cat pal, the figure looks up at a distorted street, in which a skyscraper and the environment appear to have been warped and pulled into some kind of anomaly before freezing in place. From there, it’s fair to say that things take a turn for the worse. Check out the official trailer for yourself, below.

Yeah, it really does seem like the ISS crashes through the sky before both space person and robot child land on the moon. Yeah, your guess is as good as ours. The two look upon the Earth, with the figure announcing that it’s “freedom” when questioned by the child. We’re already getting echoes of early Death Stranding vibes, and it certainly has us intrigued. Pragmata is due to release in 2022, so we’ve got a while yet to be teased with more information about this mysterious game. We’ll be sure to bring you any information on Pragmata as it arrives.