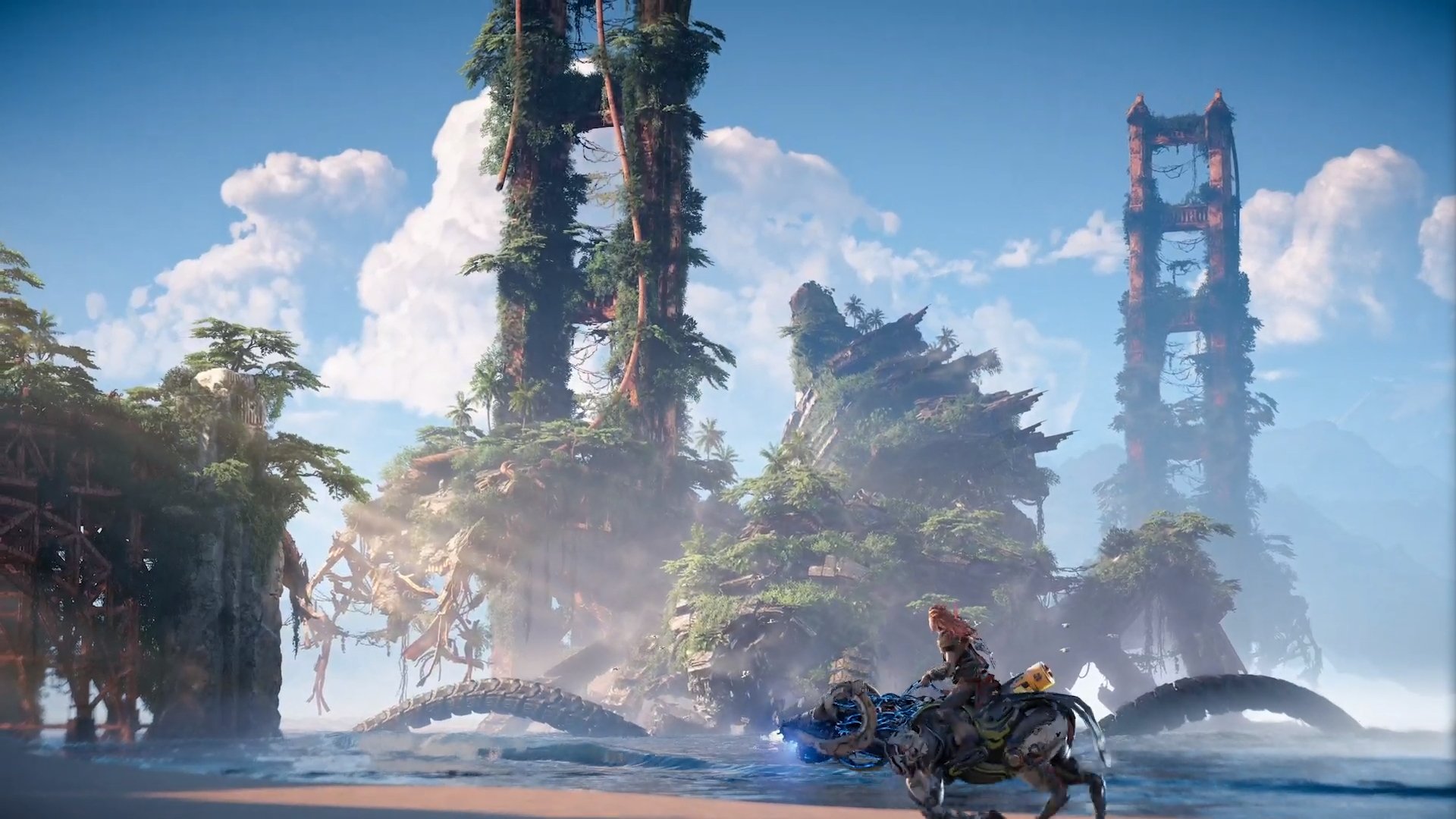 Corvo's been working on his guns.

Horizon: Forbidden West will be coming to PS5, continuing the story of robotic dinosaur huntress Aloy as she journeys west across the continent.

The sequel to Horizon: Zero Dawn was revealed on Sony's PS5 game announcement stream this evening. It features Aloy exploring a far more colorful world than the snowy mountain ranges she left behind, including diving below the surface of the sea to find ruins among a coral reef, and trekking across desert dunes. Developers at and explore lands ravaged by storms with new machines.

Lance Reddick also reprises his role as Sylens, your mysterious companion who also understands the technology you are using to try and save the world from destruction. There are many elements from the original game making an appearance in environments that look much more tropical than Zero Dawn's frigid wastes.

Developers Guerrilla Games revealed that Horizon: Forbidden West is a continuation of Aloy's journey from the original game, Horizon: Zero Dawn, as she attempts to save the world from a technological armageddon using primitive tools. There are new robot dinotypes in addition to the usual archetypes found throughout Zero Dawn and its expansion, Frozen Wilds. No doubt there will be even more that have somehow evolved to look almost exactly like animals that already exist, we look forward to the elephant bot.

There is no current release date for Horizon: Forbidden West, which will be arriving on PS5 at some point after the console's still yet to be determined launch date this holiday season. To see more of the games revealed during this evening's Sony PS5 game announcement stream, check out our other coverage.