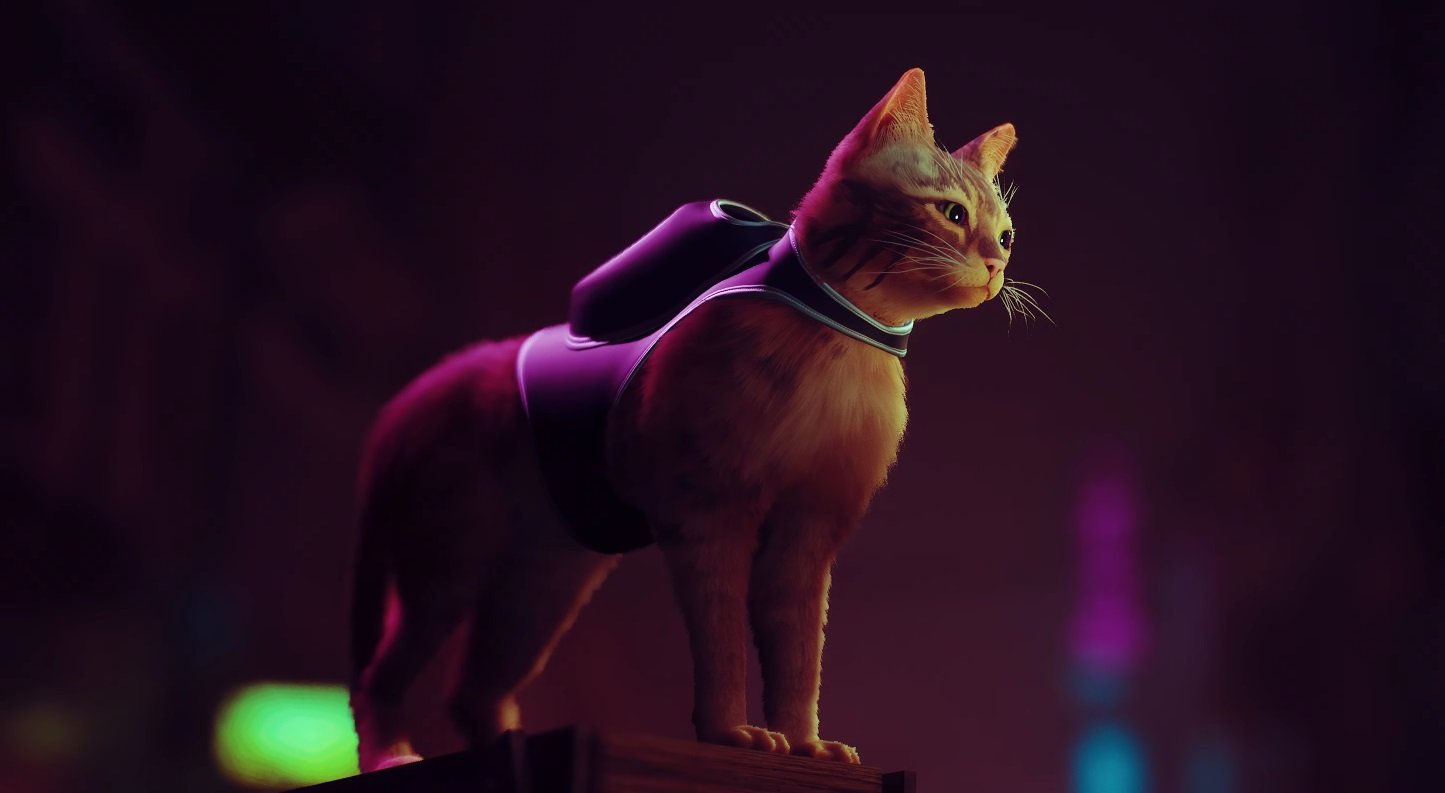 In Sony’s PS5 reveal stream, we caught sight of an adorable new game called Stray. Not only is the logo for the game wildly cool, not only is the concept unique, but the cats look absolutely adorable! We can’t wait to play this one.

Annapurna Interactive and developer Blue Twelve Studio are bringing a cyberpunk game to PS5 but it’s not your traditional cyberpunk entry, this one is all about cats and robots. The city these cats live in is entirely populated by robots with all humans having previously passed away.

The only organic creatures left appear to be the cats we see in the trailer.

When we first saw the trailer, we were thinking to ourselves that it looked really, really familiar. It then struck us that we have in fact seen this game before. The game was originally referred to as “HK_Project” with Blue Twelve Studios having posted blog entries about the game as far back as 2015.

The last blog entry was from the end of 2019 and shows a cat perched on the back of a robot who’s doing push-ups. Reading through the blog entries, the original team working on the game was described as “two humans and two cats” which is super duper cute.

With a team that small it also explains why the game has been in development for so long.

Furthermore, with Annapurna coming on board to help publish the game, we not only get to see this game completed but with next-gen graphics as well. The trailer looks absolutely gorgeous, especially the cat shown at the end.

It’s worth noting that the blog entries show how gamers can traverse this futuristic world as a cat, indicating that you’ll likely play from the perspective of a cat, not a robot.

We’re looking forward to seeing more of Stray in the future. Stay tuned, this story is developing!