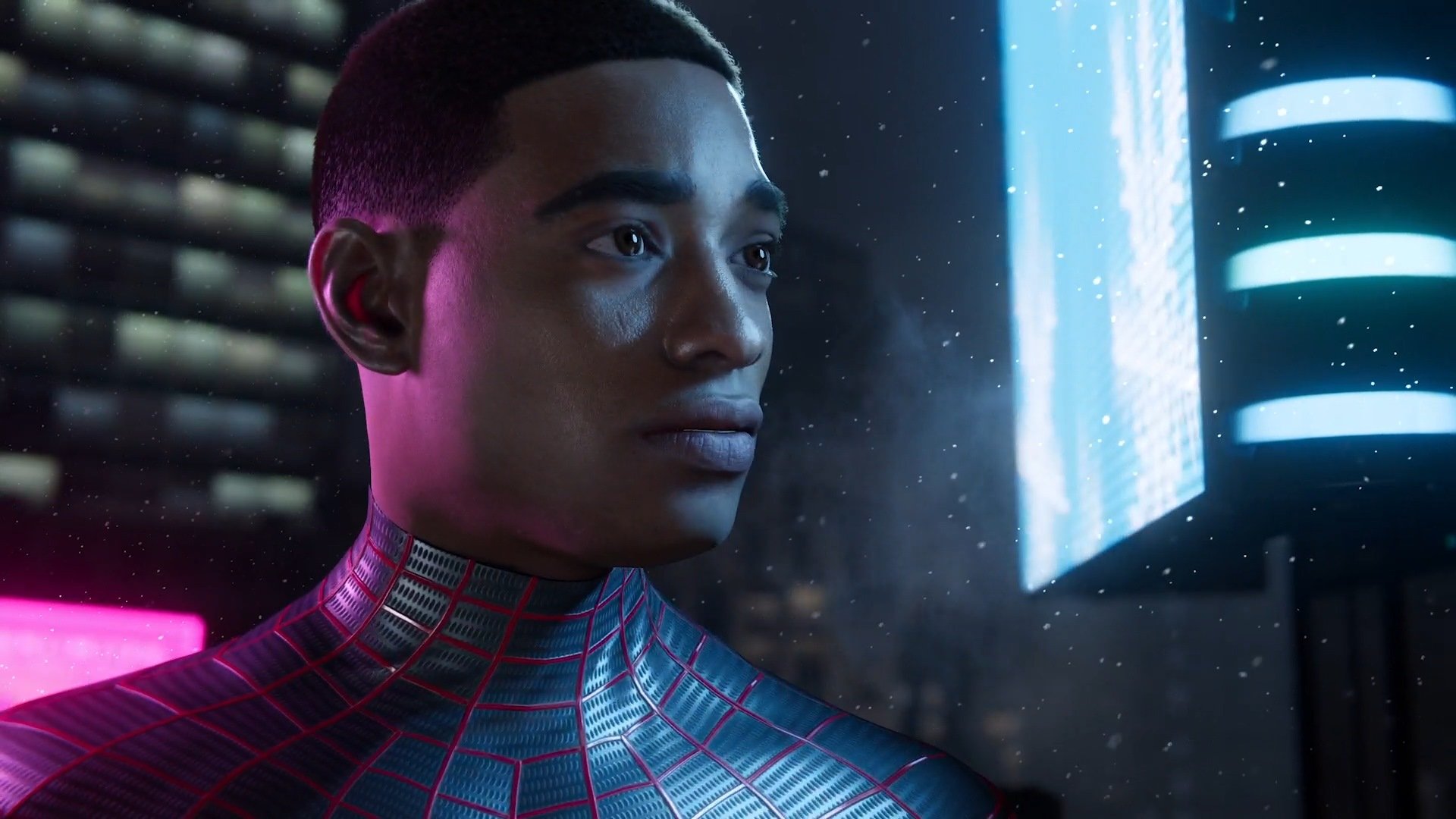 Spider-Man Miles Morales has been announced on the PS5 game reveal stream, coming to PS5 this Holiday 2020.

The follow-on from PS4's Marvel's Spider-Man game will be an expanded Miles Morales storyline as an "enhancement" of the 2018 original. The set-up seems similar to other Sony-owned studios standalone expansion 'semi-sequels' like Uncharted: Lost Legacy and Horizon: Frozen Wilds. Spider-Man Miles Morales will also be developed by Insomniac Games, featuring the protagonist character from hit animated movie Into The Spider-Verse.

Miles Morales replaces Peter Parker in the comic canon of Marvel's Spider-Man series after Parker's untimely death. It's unclear if Peter Parker is still kicking around as everyone's favorite insect-man hybrid in the short trailer above, however the two do meet at the end of Insomniac's last Spider-Man game.

Miles appears in 2018's Insomniac-developed Spider-Man, with Nadji Jeter reprising his role from previous games. A pre-spider bite Miles is playable at certain points in the game with an emphasis on stealth gameplay. He is eventually bitten by an experimental Oscorp spider, and in a post-credits scene, reveals his powers to Peter, who in turn reveals being Spider-Man.

Spider-Man Miles Morales was announced as part of Sony's PS5 game reveal stream, alongside dozens of other titles coming to the next gen console at launch or shortly after.

To find out more about the games revealed, check out our other coverage of the PS5 game reveal stream. Spider-Man Miles Morales will release on PS5 sometime in Holiday 2020, though it's unclear if it'll be available at the console's launch.