You can also scoop up ARK: Survival Evolved. 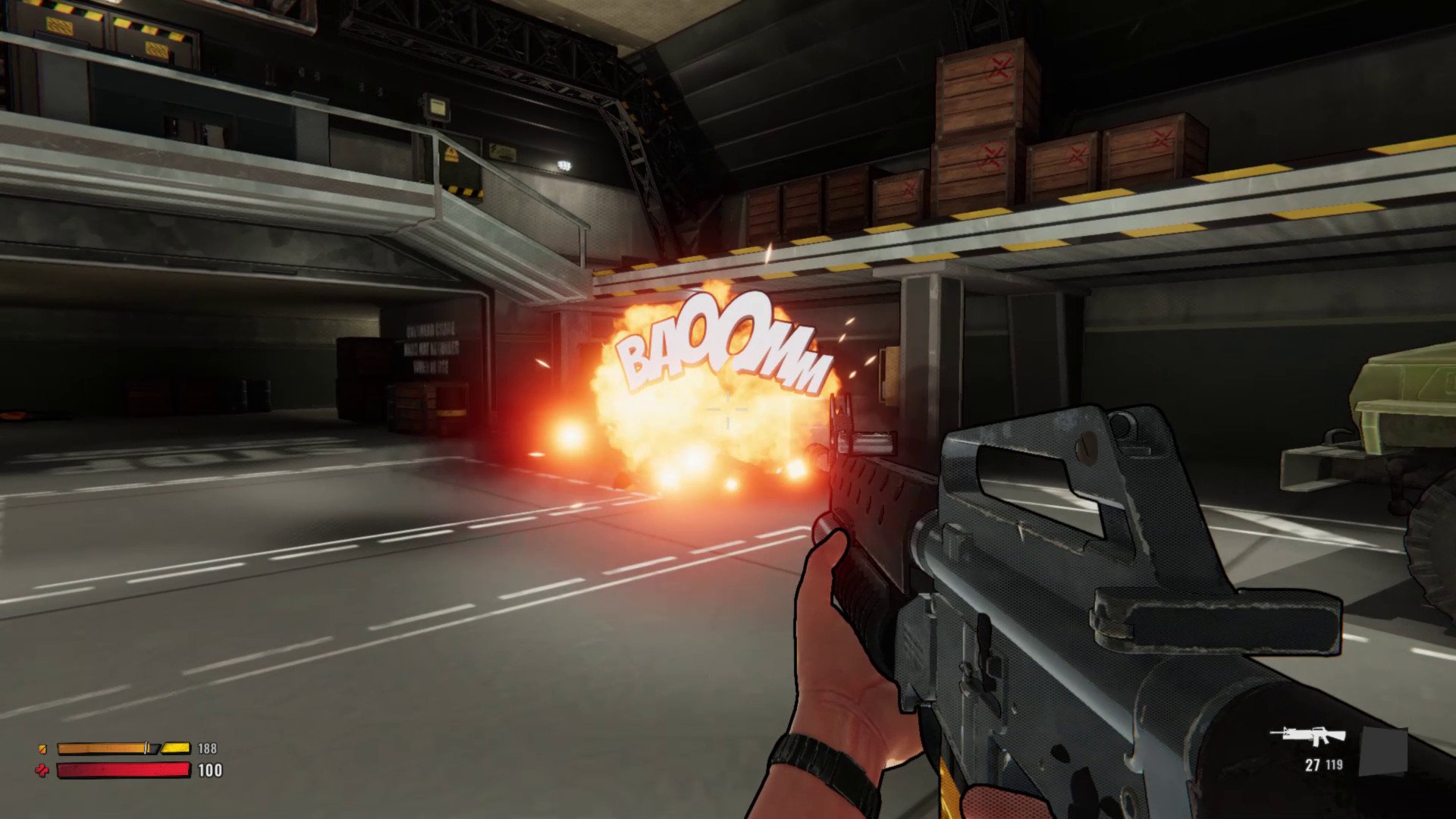 It's been 17 years since cel-shaded shooter XIII graced our screens and now a remake will be bringing back the comic book action for current generation consoles.

XIII Remake will freshen up the cartoonish graphics of the GameCube and PS2 original to release on PS4, Xbox One, Nintendo Switch and PC on November 10.

The game pits you as a special forces soldier with amnesia, accused of killing the President of the United States, trying to figure out your part in a shadowy plan. It wasn't immediately a hit when it first released in 2003, but its ahead-of-the-curve graphical style earned it some manner of cult following.

You can check out what the XIII Remake looks like above, it appears the cartoonish art style has been retained but with considerably more detailed environments. You also get the fun comic book sound effect texts over explosions and shots, still.

The Steam page description says there are 34 levels for the solo campaign, though doesn't detail any additional content that may have been packed in. XIII Remake was previously announced last year but delayed late into 2020.

XIII is based on a Belgian graphic novel of the same name, and Ubisoft are publishing again with Maltese outsourcing studio PlayMagic developing alongside Parisian studio Microids. PlayMagic has worked on assets and design for Halo, Call of Duty and Hunt: Showdown. The French developers have previously had a hand in Siberia 3 and Oddworld Munch's Oddysee.

XIII Remake will release on Nintendo Switch, PS4, Xbox One and PC on November 10 this year, with a Limited Edition version including steelcase, art cards, and golden weapon skins.