Someone made the Avatar intro in Animal Crossing: New Horizons. 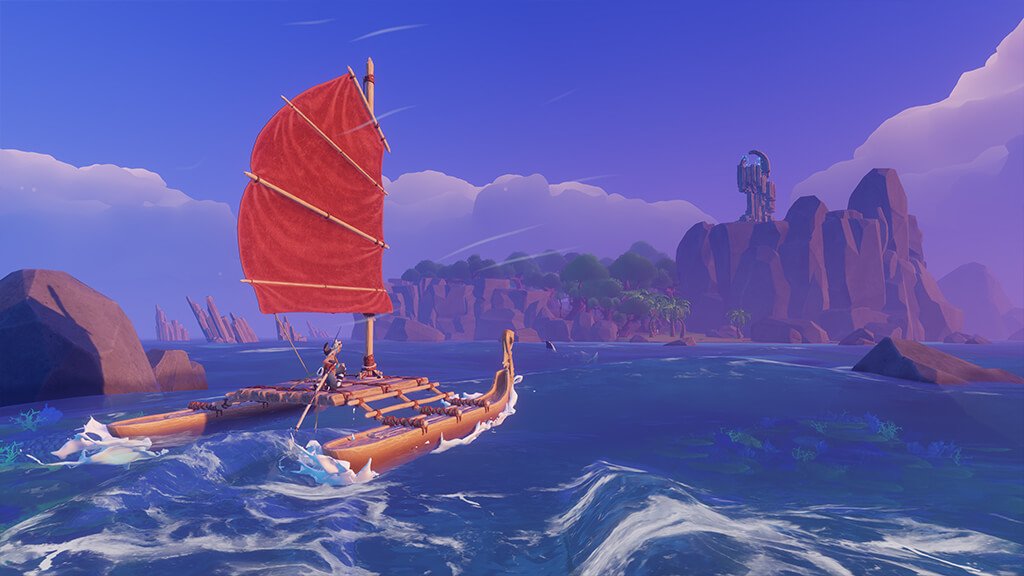 Windbound gameplay trailer sails us away on a Zelda-like adventure

You can also scoop up ARK: Survival Evolved.

Sailing adventure Windbound has a new gameplay trailer, and 5 Lives Studios' journey into the wild looks strikingly familiar to many Zelda fans.

With hunting, cooking, combat, climbing, gliding and general particle effects that wouldn't look out of place in Nintendo's Breath of the Wild, Windbound looks to be an adventure into the unknown with many dangers lurking above and below the waves.

You can also upgrade your sailing skiff until it's a triple-masted trimaran, while unlocking various ancient pedestals dotted around an archipelago. Check out the gameplay trailer below.

"A new day dawns on the Forbidden Islands," reads the game's description from publisher Deep Silver. "Kara, driven to find the path that leads her back to her tribe, pushes on in her extraordinary odyssey into the unknown. The islands are alive with magic and enchantment telling the tales of their origin and revealing the role Kara unknowingly plays in it as each artifact that she unearths unlocks a new clue to her past.

"Witness Kara’s evolution in survival as she scavenges for resources and gains the skills to craft and equip her with the ultimate sea vessel and the strongest combat-ready attire and weaponry. Increasingly ferocious battles on land and now at sea will transform her into the hardened warrior she was born to become. All the while, a storm unlike any she has ever seen, is pulling her through the treacherous waters to face a mystical presence that lies beneath the sea."

Find out more about the game at Windbound's official site, and pre-order before the game releases on August 28 to receive an Ancestral Knife, Oar and clothing set.

Our first introduction to the game was as part of Sony's indie showcase in April, but the final release will be coming to more than just PlayStation. Windbound will release on August 28 for PS4, Xbox One, Nintendo Switch, Steam, Epic Games Store and...Google Stadia? Oh right, yeah, Google Stadia.