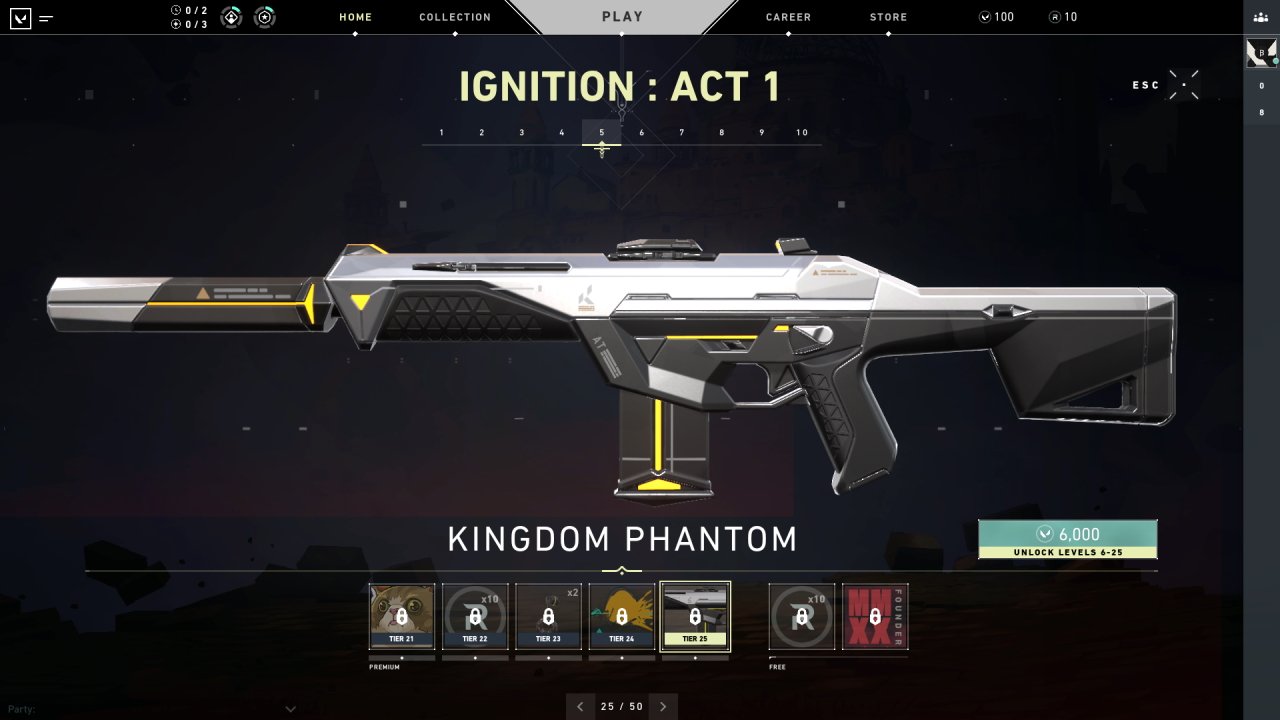 The future of Destiny revealed today by Bungie as Destiny 2: Beyond Light takes players to Europa, with two further expansions.

If you can lob a fireball from your hands, you might wonder why you’d ever need guns. But in Valorant’s universe of endlessly attacking and defending maps, magic powers largely exist to set up round-winning shots. The weapon in your hands is the most powerful tool at your disposal. Okay, sure, Raze’s rocket launcher may say otherwise, but that’s a rarity. Each of Valorant’s weapons has its uses, but to help you compete at the best level possible, we’ve put together a weapon tier list so you know the best guns in the business for the times when money is no obstacle for your team.

Because of the economy system — read more on how that works by clicking here — each of Valorant’s weapons has a use in different rounds. To that end, our Valorant Tier list will be split into weapon weapon usage, with an explanation for how the tiers are laid out. Just because your team is full of money, that doesn’t mean everyone should buy an Operator, and similarly, different options open up for the early, low-money rounds. WIth that said, let’s dive into our Valorant weapons tier list.

These are the guns your team should get when you’ve got enough money for a full buy. They’re the most versatile and reliably powerful tools. Most of your team will want to use a Phantom (good for close ranges with a high fire rate) or Vandal (superior headshot power at medium to long ranges). If you have one or two players watching long sight ranges (e.g. Haven’s long C entrance) then they can purchase Operators, a powerful, one-shot-kill sniper rifle.

These weapons all fulfil a solid different role within matches, and you can expect to buy them regularly in matches. The Guardian and Bulldog serve as budget rifles to pick up instead of the Phantom or Vandal if you’re running slightly low on cash, or if you’ve just won the first round of the game and want a weapon built for range. The Spectre is a brilliant second round buy if your team won the pistol, and the Odin is a powerful niche option for those who want to hold down a sight solo and unload the weapon through walls. The Ghost, Sheriff and Frenzy are all great pistols that find uses during the pistol round or as economy purchases.

The B-Tier weapons are all still very valid choices, but fill a much more niche role in the game. The Bucky and Judge shotguns are brilliant in very specific map spots like Bind’s Hookah and Toilets, or Haven’s Garage. They’re a great way to save money and still be effective, but can hurt your chances if you need to retake a different site.

The Marshal and Ares are a little more niche. The Marshal can down unarmored enemies in a single body shot, making it a great support weapon to back up a teammate holding with a Phantom or Vandal. The Ares is cheap enough to serve as an alternative to the Spectre or Bulldog, if you want to play close with more weapons in your mag.

The Classic is the starter pistol, meaning some characters will need to use it if they pick up powers instead of weapons in the first round. It’s not great, but the 3-burst right click can be deadly at close range. The Shorty is not a good weapon, but it serves a very niche purpose thanks to its cheap price. Against an unwitting team on an eco round it can earn one surprise kill at extremely close ranges, but don’t expect this tactic to pay off very often.

Finally, we’re left with the Stinger. This SMG is the only weapon we currently think serves little to no purpose in Valorant. Dealing minimal damage and having a wild spray pattern, even its burst mode has little use. We don’t recommend ever buying the stinger. Grab a Spectre, Bucky, or Marshall instead if you’re low on cash but want to force a buy.

As the list above explains, the best weapons in Valorant right now are the Phantom, Vandal and Operator. The first two will form the core guns in most players’ arsenals, and you’ll see the pros using them over almost anything else. The Operator fills a smaller role, but is absolutely lethal at range, and very tough to get past when holding an angle. With that in mind though, there are plenty of other valid guns in Valorant, depending on where you’re playing on each map.

And there you have it, a complete Valorant weapon tier list. Hopefully by checking the rankings and reading the explanations, you can have a better understanding of when each weapon should be used. Be sure to read our list of Valorant tips and tricks to help you improve further.