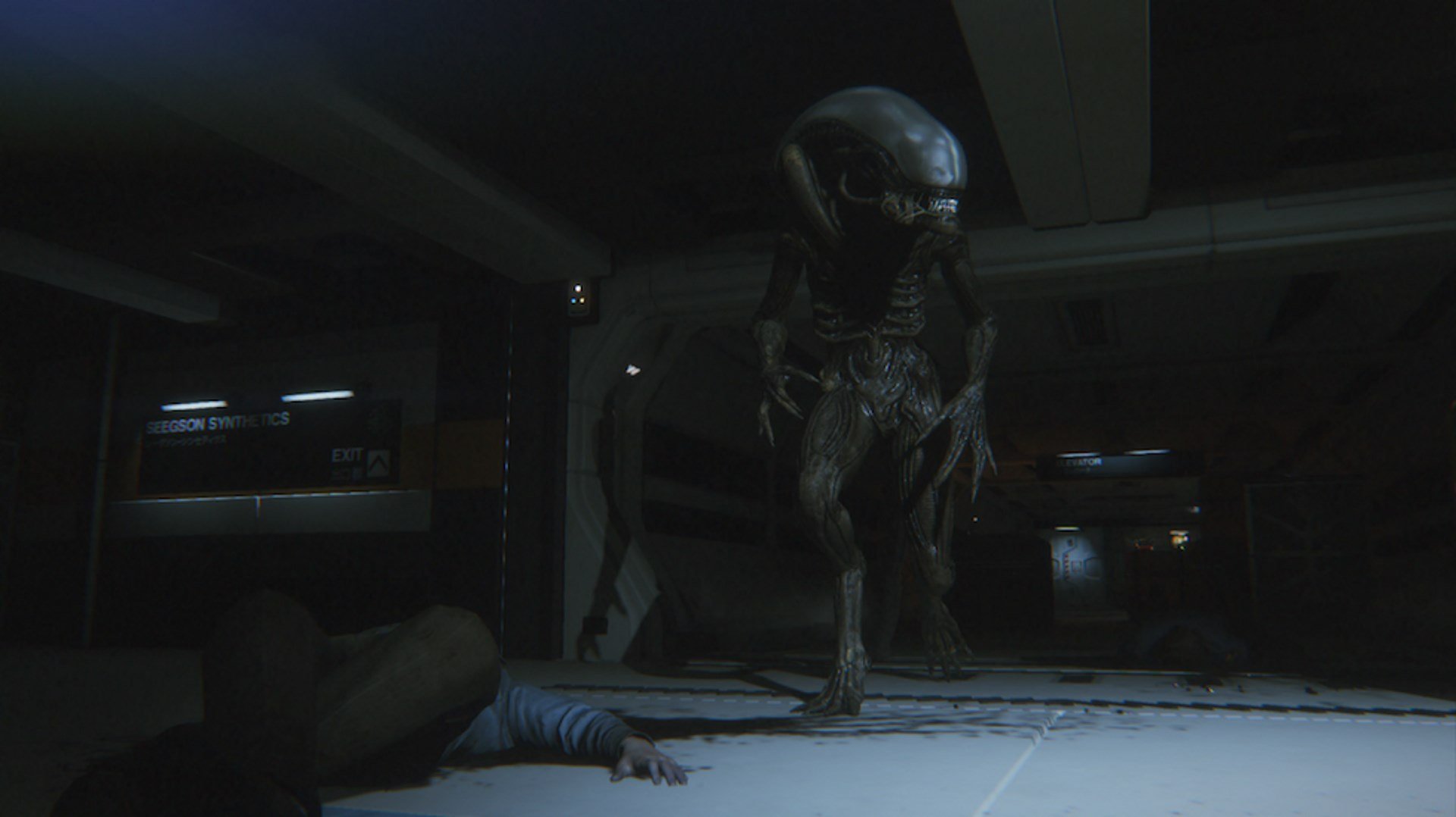 Not only does Alien: Isolation faithfully capture the horror of Ridley Scott's 1979 space epic, it also happens to be one of the best survival horror games we've played. Whether you’re clambering in Sevastopol Station’s vents to avoid the Xenomorph, or trying to escape the unblinking gaze from the Working Joe androids that roam the eerie bays and corridors, Isolation makes you feel uncomfortable and vulnerable with every step you take. Most games based on the Alien franchise have chosen to base themselves on the gunslinging action of the later films, with mixed results, but Creative Assembly stripped us of our trusty Pulse Rifles and gave us an experience akin to Ripley’s original Nostromo nightmare. With the recent announcement of a new Alien shooter on the horizon, we decided to take a look at how Alien: Isolation delivered one of the best survival horror game experiences we’ve ever played.

Sevastopol Station is chock full of cramped, claustrophobic spaces, and features a handful of resources that serve only to deter or distract potential threats. There is no safety, no escape and no way to kill the nine-foot nightmare that relentlessly stalks the station’s corridors. In fact, the game quickly conditions the player to avoid encountering this apex predator. If you come face to face with the Xenomorph there’s very little chance you’ll live to tell the tale, especially on harder difficulties where the AI is a lot smarter. In most stealth games the player can simply flee the scene when the enemy has been alerted of their presence. After all, our past experiences with survival horror games have taught us that running away and hiding in the nearest locker is often enough to make the imminent threat go away. However, this isn’t an option to those wanting to escape the Xenomorph’s relentless pursuit.

The player is treated to this brutal realisation time and time again. Every loud noise and panic-induced mistake will send the terrifying Xenomorph running in your direction. It will then scour the area, walking up and down corridors, checking under tables and re-entering rooms until you either manage to quietly slip away, or end up cracking under the pressure. You can hear the thud of its footsteps reverberating through desolate walkways and ventilations shafts, while distant gunfire and screams of Sevastopol survivors being butchered adds to the overall feeling of hopelessness. The brilliant sound design not only helps the player pinpoint the location of their nightmarish pursuer, it also helps to convey just how frail they are in comparison.

In the original Alien movie, Ash described the Xenomorph as “the perfect organism. Its structural perfection is matched only by its hostility.” Creative Assembly took the very essence of this quote and encapsulated it into the foundations of Isolation. The Xenomorph is always learning, it can never be killed, and it will never stop hunting you. While most survival horror games offer the player some means to fight back, Alien: Isolation’s weaponry poses no threat to the Xenomorph. In fact, they’re all but useless. The revolver, bolt gun and a shotgun may make short work of both the unblinking Working Joe androids and hostile human survivors, but they do nothing to deter the Xenomorph. It’s not until the player has access to the flamethrower that the nine-foot terror can be fended off, and even that is temporary.

Opening fire and engaging foes is almost always a death sentence, as the Xenomorph will quickly descend from the ventilation shafts to rip apart all those in its way. If the player wishes to survive they must crouch down and move slowly to avoid detection. This not only makes the player feel extremely small, it also leaves them vulnerable and open to attack if they’re not careful. Isolation also lacks a jump button, and while it may seem minor, it does a lot to remind you of just how trapped and limited you are in your movements, especially when compared to the lightning-fast actions of the Xenomorph. Running from threats is rarely an option either, as it instantly alerts the Alien hunter. These mechanics are a huge part of what make Isolation so terrifying, as they rob the player of their basic survival instincts. Our fight-or-flight response to danger is completely off-limits, and we’re outmatched and ill-equipped to deal with the threat that hounds our every move.

While Resident Evil 7 and Outlast 2 both deliver some truly nail-biting experiences, they don’t come close to the tense, unscripted nature of Isolation. Modern horror games seem to rely on cheap jump scares and scripted events to unhinge us, but Isolation ditches these dull tropes in favor of intelligent AI. Throughout Isolation’s campaign the Xenomorph will constantly adapt to various strategies, making backtracking through the same area slightly different each time. For example, if you use the game’s noisemaker device to distract the Xenomorph, it will eventually wise up to your tactics and simply ignore the distraction. It’s rather frightening to see an enemy learn to counter your moves and completely disregard a game mechanic, especially when we have come to expect them to work every time.

Even the series’ trademark motion scanner helps ramp up the tension, with the device only giving a vague indication that something is near. There’s a great sense of immersion as you whip out the scanner while cowering in a locker, desperately holding your breath until the Xenomorph slinks back into the darkness from which it came. The scanner might help you stealthily traverse the dimly lit corridors and stations of Sevastopol, but it also serves as a constant reminder of your impending doom. It’s yet another clever element of sound design that helps make Isolation’s space adventure so scary. It's here that the developers maintained the integrity and atmosphere of the original movie, too. The music perfectly captures the on-screen action and the Xenomorph's chilling clicks and hisses really help convey the tense feeling of fear.

When you combine all of the above with the game’s faithful environmental design and retro-futuristic technology, you not only have a game that pays homage to Scott’s 1979 classic, but a game that greatly expands upon Alien’s terrifying themes of despair and isolation, too. Without Creative Assembly behind the wheel, whether the next video game instalment manages to capture the horror of the much-loved franchise remains to be seen, but Isolation continues to demonstrate what a good survival horror game should be. After all, in space, no one can hear you scream.