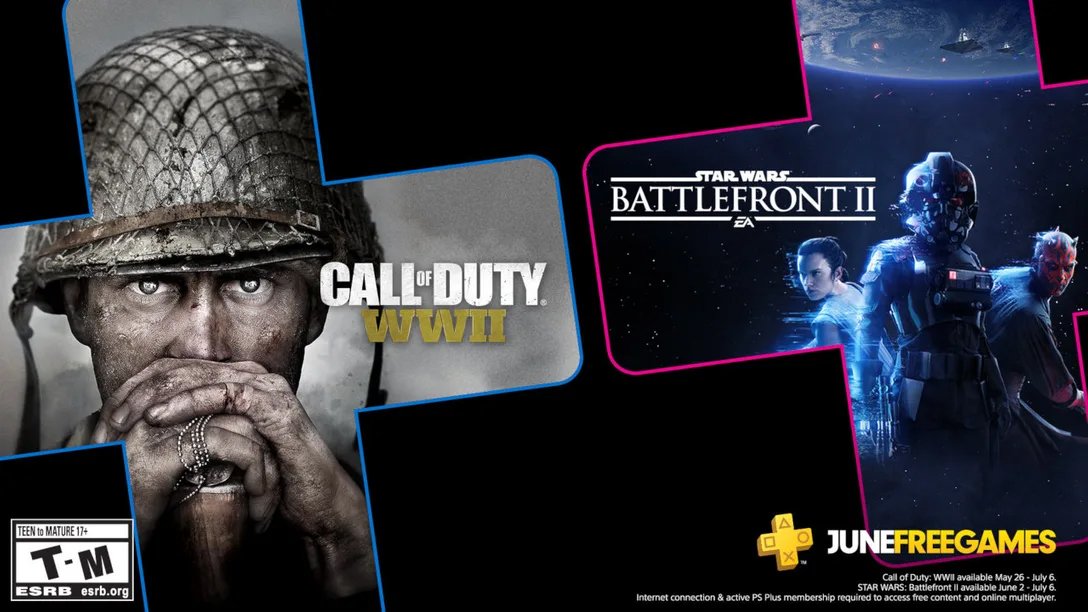 CoD: WW2 and Star Wars Battlefront 2 are your free PS+ games in June

Epic Games Store is giving away Borderlands: The Handsome Collection

The latest free game from Epic is actually pretty epic.

The free PS+ games for June have been revealed and it's a battle of the sequel wars with COD: WW2 and Star Wars Battlefront 2 joining the library.

The additions were confirmed in a blog post today after Battlefront 2 popped up in an Instagram video ad that started appearing on the platform yesterday evening.

You'll have to pick which battle you want to join first, the fight for the galaxy or the historic battles in the European theater during World War 2. If you picked the latter then you can jump in right now and download CoD: WW2 until July 6. Star Wars Battlefront 2 will be available to download from June 2.

CoD: WW2 pits you in a number of battles informed by historic accounts of conflicts across Europe, and is Sledgehammer Games' return to the battlegrounds that launched the Call of Duty series decades ago.

Star Wars Battlefront 2 features missions and storylines from all across the Star Wars timeline, casting you as Luke Skywalker, Kylo Ren and other heroes from the movie saga. There have been 25 free updates to the game since launch, adding online co-op and offline AI battles, so regardless of how you'd like to play there should be a good few hours of fun in there playing out your lightsaber fantasies.

That means you only have a few more days to get May's PS+ games if you haven't already. That's Cities: Skylines and Farming Simulator 19, so you can give up your life as a farmer or city planner and serve your country/galactic resistance. May's free PS+ games will no longer be free after June 1, so you have until the end of the weekend.

Which of June's free PS+ games will you be playing through first?