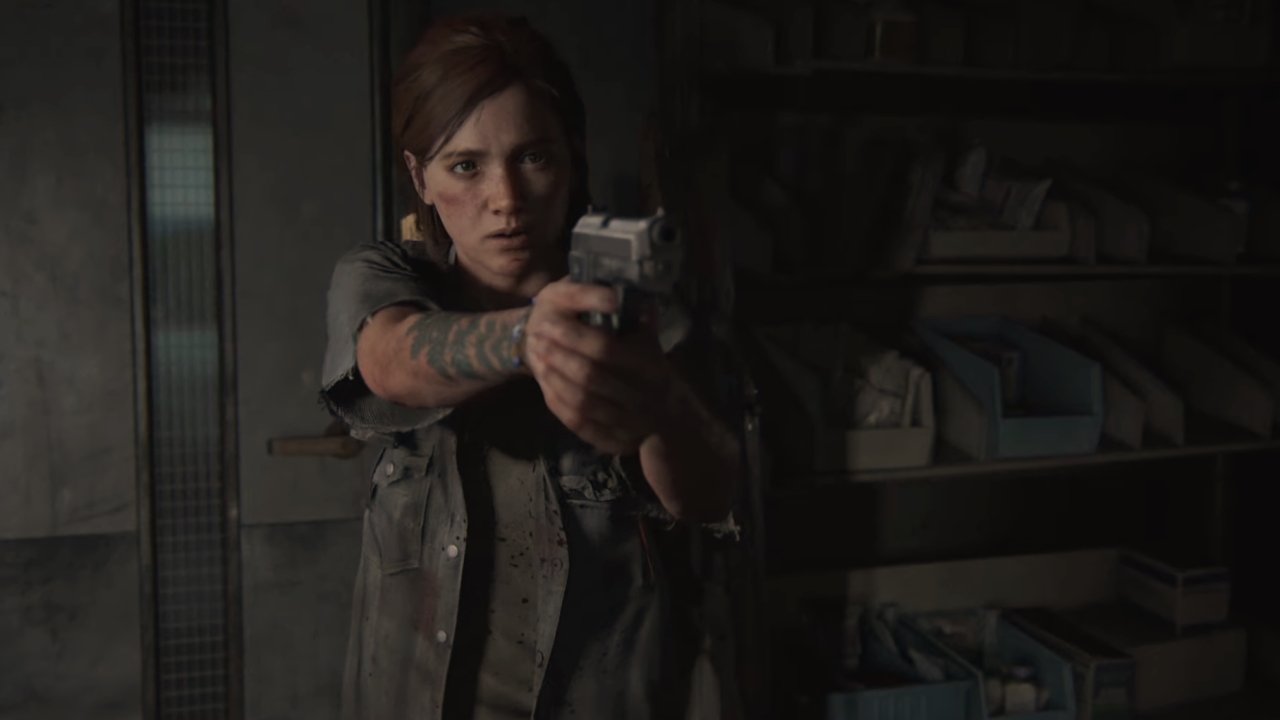 Oh Ellie, look what you’ve become. Just a few weeks away from release, we were already sold on tickets for the traumatic train ride that The Last of Us Part 2’s story is sure to be, but then Naughty Dog had to go and tease us further.

The Last of Us made decrepit, run-down urban environments its forte, showing off the sorry state of humanity after a fungal infection brought society to the brink of collapse. While the story begins in Jackson, Wyoming, the State of Play showcase revealed the fact that the majority of the game will take place in Seattle. A former quarantine zone, it’s now home to two warring factions Ellie will need to handle.

The environments themselves look far, far larger, and Ellie much more capable of moving through them. Jumping, climbing, rappelling, boat driving and horse riding all featured in the trailer. We don’t expect TLoU2 to be a fully open-world, nor would be want it to be, but the scale certainly has us excited.

A whole lot of customization

The original title had a fairly straightforward customization mechanic which saw Joel and Ellie collect generic parts as they travelled, using these at workbenches to upgrade a small number of core weapons. The options available look to have been expanded greatly in TLoU2, with several upgrades available for Ellie’s different skills and weapons.

Five tiers of upgrades for Ellie’s Survival, Crafting, Stealth and Precision are shown, and weapon adjustments look even more varied. Each gun has several upgrades that can be used to improve and alter their purpose, with a 6x scope shown being attached to the long-range rifle in the footage. And yes, you can stick a pair of scissors on the end of a stick to kill people with. Joel taught her well.

Along with expanded customization, Ellie has a fair few fresh — not to mention unpleasant — tools in her arsenal. She can craft stun bombs, explosive arrows and pistol silencers. We’ve no doubt there are more tricks waiting to be learned as we play through the story as well.

When the original game came out, hiding behind knee-high walls was just about on the way out, having been thoroughly squatted-next-to by the Gears franchise for years. Jump forward to the modern day, and long grass is what’s in. Horizon Zero Dawn’s Aloy was a master of sitting in red grass to sneak up on her foes, but in The Last of Us Part 2, things are far less black and white.

Ellie can grouch in overgrown areas, or even go prone in short grass to stay out of sight. However, she’ll never be entirely covered, so judging whether enemies can see you or not may be more tense than ever.

A whole lot of doggie damage

Naughty Dog has stated that they expect The Last of Us Part 2 to be a divisive game. While we’re sure plenty of that will come down to the harsh story and brutal kill animations, the inclusion of enemy dogs is sure to cause a problem for many as well. Hounds trained by the factions you encounter will be capable of tracking Ellie’s scent even while she’s hiding, which means taking them out will often be the best option. Killing dogs or other pet animals in games is a big no-no for a lot of folks, but looks to be a necessity in The Last of Us Part 2.

Ellie brutally kills a lot of people in this latest footage for The Last of Us Part 2, but one that proved most memorable was the poor soul caught off-guard at the beginning of the gameplay segment. Playing on a PS Vita is no good for guard duty, but based on that all-too-familiar music (it’s Moon’s Hydrogen, in case you were wondering), we can’t really blame them for being distracted.

Okay, it's not relevant to gameplay, but we couldn't help mentioning that both PS Vitas and Hotline Miami are canon in The Last of Us universe, and this faction has found a way to keep them powered. Even the Hotline Miami Twitter account got in on the joke, posting that the game was available on PS Vita shortly after the State of Play showcase. Was this just a tease for State of Play, or will Hotline Miami really get a nod in the main story? We'll have to wait and see.

So there you have it! What did you take away from The Last of Us Part 2 State of Play showcase? Are you more excited than ever to continue Ellie and Joel’s story, or has this new footage put you off? Let us know in the comments below.