Find out when servers shut down for the Valorant closed beta and when you'll be able to start playing again afterwards. 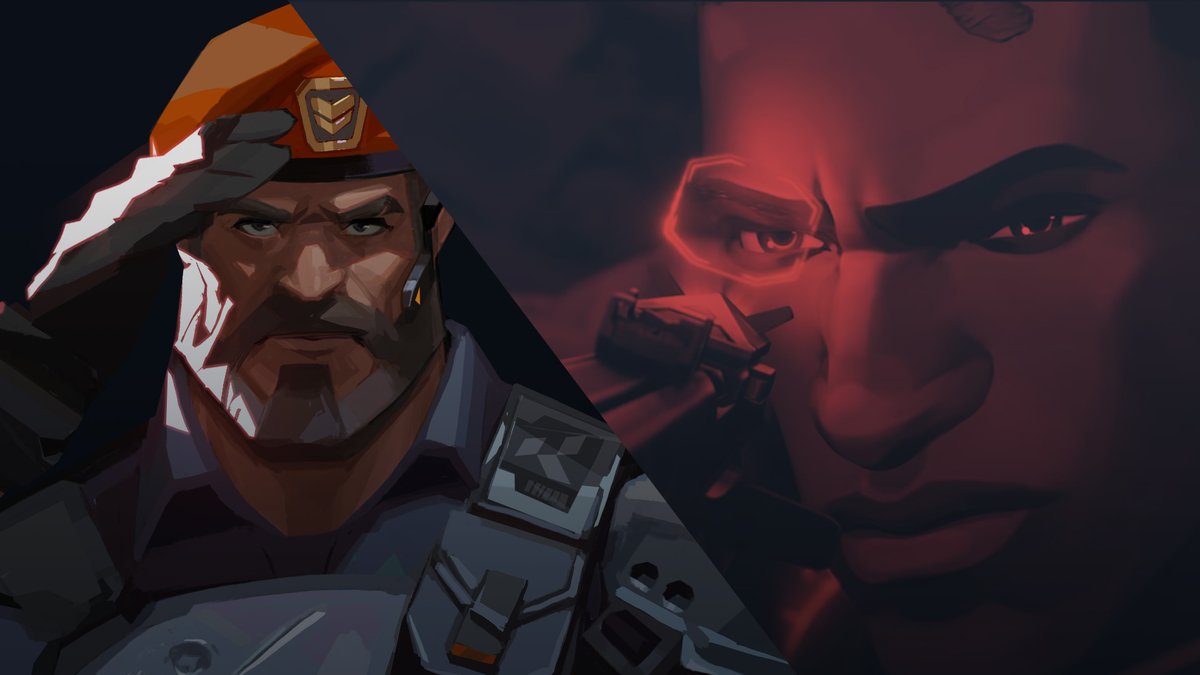 If you're looking to show off, you need to climb the ladder of Valorant matchmaking ranks first.

Life comes at you fast. One moment you’ve got months to work on your Sova arrows before launch, the next you find out Valorant’s closed beta is coming to a close and you’ve only got a week to sharpen up those skills. Fear not though, for our steady, Operator-wielding hand will guide you through the rocky seas of this transition. Here’s everything you need to know about Valorant’s shift from closed beta to full release next week.

On the off chance you’ve missed all the fuss, here’s a quick overview of Riot’s new game on the block:

Valorant is a competitive FPS designed in the vein of Counter-Strike: Global Offensive but featuring a lot more wizards. Similar to CS:GO, matches play in a single-life, attack-defend setup, split into two halves. The attacking side aims to push into one of the map’s site and plant the Spike — a magical bomb — before defending it until it detonates. The first team to thirteen rounds wins the game.

Gunplay rewards precise accuracy and spray control, while character abilities are primarily used as utility to slow, delay, or blind the opposing side. Each character has a unique set of powers which can be purchased. Some excelling at disrupting waiting defenders, while others can heal, place sight-blocking smokes or other sneaky items like tripwires.

When does the closed beta end and when will Valorant release?

Valorant’s closed beta will run until May 28, with matchmaking going down at 9am PT. Valorant’s full release date is then set for June 2. It’ll be a free-to-play title, meaning anyone can download it and test their skills. Valorant is only planned to release on PC for now, but that doesn’t rule out a console release down the line.

Are there any closed beta rewards?

Yes. Anyone who played during the closed beta will have made progress along a rewards path, earning in-game titles, banners and a gun buddy attachment. All of these will carry over into the core game. In addition, if you spent any money in the Valorant store then you’ll get your points back with a 20% boost in the full release. Finally, anyone who was eligible for a Valorant drop but didn’t receive one will get a special Twitch banner card to use in game.

What about my competitive rank and MMR?

Valorant’s competitive mode has proven quite the draw in the closed beta, with players already clamoring to rise through the ranks from irons and bronze to platinum and beyond. If you’ve established yourself as a skilled player in Valorant’s rankings, you might be wondering what’ll come of your hard work when the game releases. Well, there’s some good and bad news here.

Valorant’s competitive MMR will be reset with the full release, so you will lose your rank from the closed beta. However, all your work isn’t for naught. Valorant uses a separate MMR for unranked matches, and that won’t be reset in the full release. This will have an effect on the foes you’ll face in your placement matches in competitive mode, meaning it’ll be quicker to get back to the rank you were at (or even higher!).

The end of VALORANT Closed Beta is upon us! Now's the time to rally your troops for one last weekend of game time before launch. May the queues be ever in your favor. pic.twitter.com/vSGJThpC50

The big question, and the only one we can’t properly answer. Still, we have some good ideas. The time between Valorant’s closed beta shutting and the full version releasing is less than a week, so we don’t expect any sweeping changes to the core of the game. What we do expect is for a number of bugs including hitbox problems and omen teleport exploits to be ironed out. In addition, Riot Games has confirmed that Valorant will be getting new regional servers including Oceanic, London and more.

As for bigger changes or additions, the Valorant Twitter account has already been teasing the next agent to join the game. We don’t know much about them beyond speculation over potential vampiric powers found in datamines, but we have been shown a single foot in a tweet. Could this next character be added with the full release? We can’t say for sure, but we imagine Riot will want to have a big launch, and a new character could do just that. Otherwise, it’d be lovely to see a new map make its way into the game, but we haven’t seen any hints as to one arriving just yet.

And there you have it, that’s everything you need to know about the end of Valorant’s closed beta phase and the run up to launch. Get yourself prepared by clicking here to visit our gaming hub where you can find all the tips, tricks, news and features we have for Valorant.