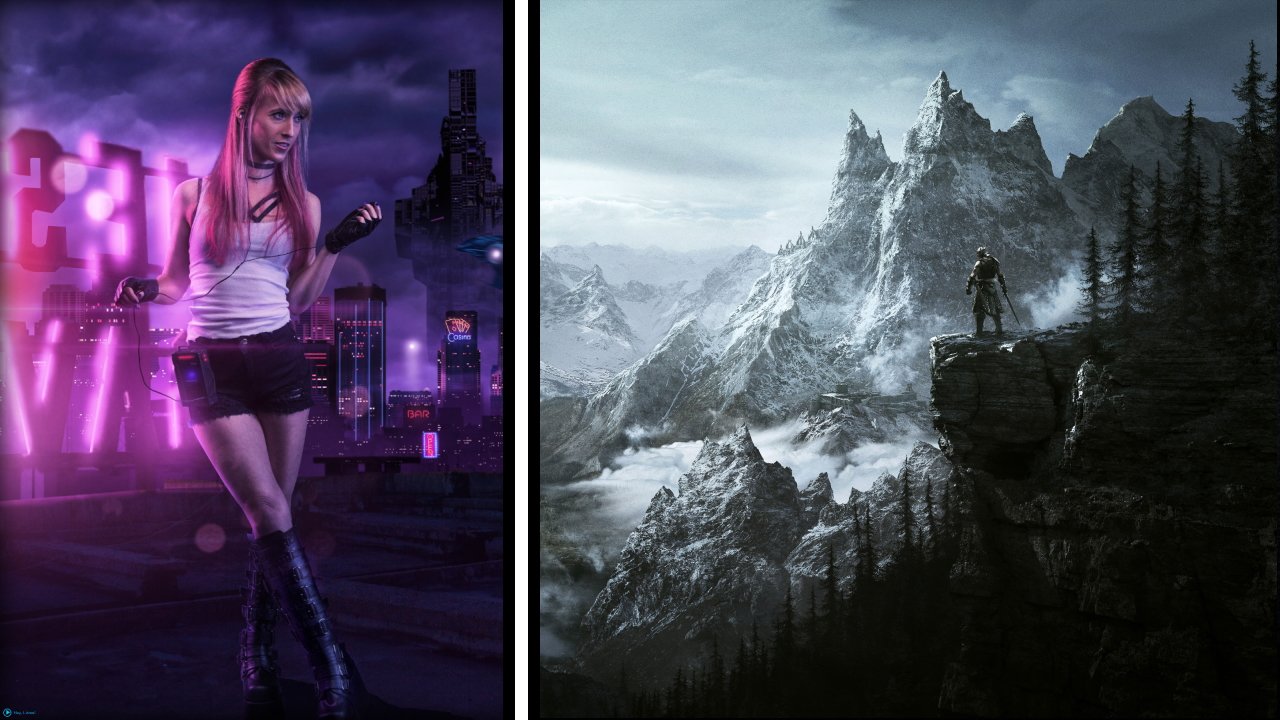 The tracks they’ve produced have accompanied us through hours of study, work, procrastination, and even a board game night or two. So where do the people behind our best-loved gaming tunes turn to for musical distraction or inspiration? In Composer’s Choice, we put the question to them directly, asking famous composers in the industry to share their favorite video game soundtracks with us. A master of synthpop, cyberpunk, and — in her own words — “gnarly sound design,” Megan McDuffee joins us in this edition of Composer’s Choice.

Based in California, McDuffee is a seasoned composer and vocalist whose work covers video games, movie trailers, and entire solo albums. In the land of indie games, McDuffee’s talent can be found in the soundtracks to Plunge and Gravity Dash: Endless Runner, as well as the butt-kicking beats of River City Girls (the full soundtrack to which can be found on Spotify).

Though her own work is usually accompanied by neon lights, cyberpunk aesthetics and a suave dose of synth, McDuffee chose a favorite soundtrack more likely to be heard amid heavy snowfall, the clash of blades, or the roaring flames of a dragon’s breath.

Despite nearly approaching nine years since its original release in November 2011, Skyrim remains ever-present in the gaming consciousness. Whether it’s through myriad special editions, ports and releases, or countless memes and skits, the influence of Bethesda’s snow-blanketed RPG is hard to escape.

“My fave video game OST is really hard to narrow down, mainly because so many of them are incredible for different reasons,” McDuffee says. “I'll just choose what pops into my head first, and that is Jeremy Soule's score to the Elder Scrolls IV: Oblivion. It paired so well with the game itself, and both the orchestration and melodies are exquisite. Memorable, yet not distracting. A truly game-enhancing soundtrack.”

At the time of release, Skyrim’s main theme — featured in the background to the game’s iconic trailer — sent Elder Scrolls fans and musicians alike into a frenzy. Alongside a rush of Fus Roh Dah memes, online bards stepped up to the plate, producing a dizzying array of impressive vocal and instrumental covers. Integrating the Dovahzul  'Dragon-Voice’ language from the game, many of these covers proved so popular as to create lasting fanbases and even demands for remasters many years down the line. With the next Elder Scrolls game reportedly still a long way from release, its seems that the impact of Skyrim and its soundtrack on gaming culture may be felt for a long time to come.