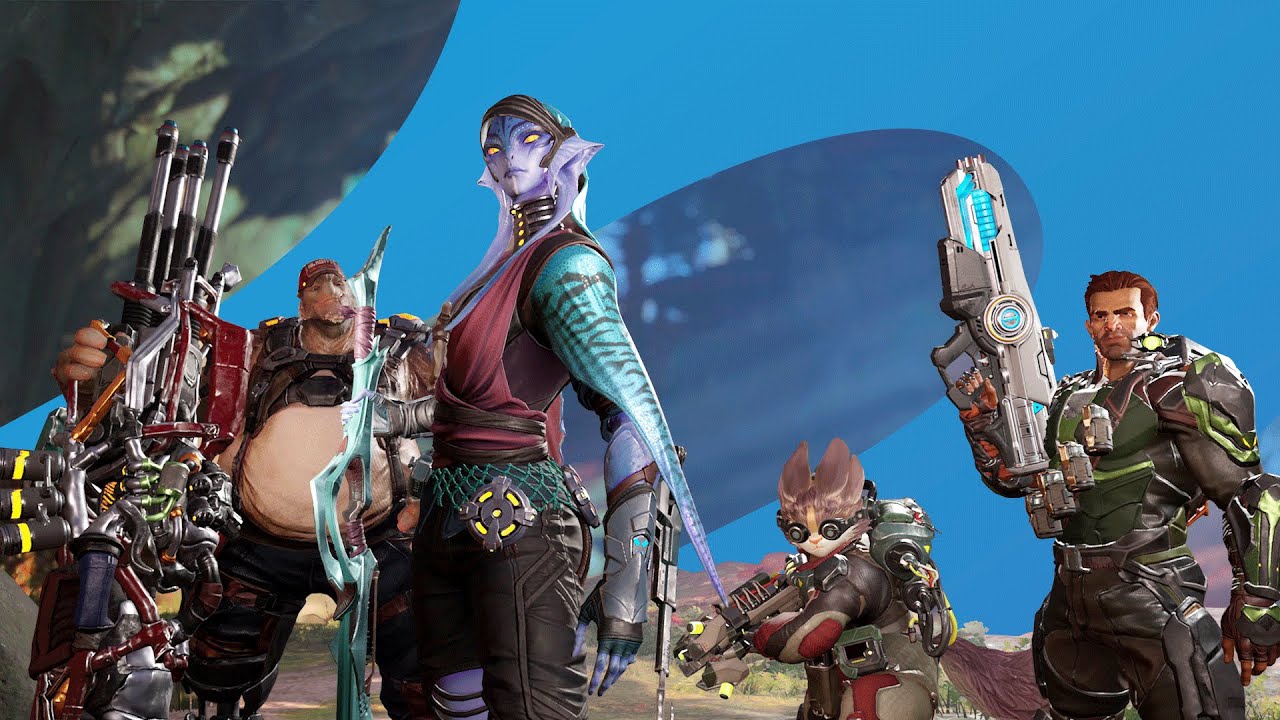 Crucible is Amazon’s foray into the hero shooter market, and much like its competitors the game features an impressive amount of character to the voices behind each unusual fighter. If you want to lear more about the voice actors and cast for Crucible, you’ve come to the right place. We’ll detail who’s behind the voices of your favorite Crucible characters, and point out where you might have heard or seen them before.

Earl is voiced by George Ackles, a Los Angeles actor and musician. Along with video game voice acting, his musical career has also seen him perform as an opening act for bands like System of a Down.

Shakirri is voiced by Mara Junot, whose experienced voice may be best known for Fortune 500 commercials, but is no stranger to the world of video games either. Junot has voiced characters in League of Legends, Fallout 76m, World of Warcraft and more. Recently she voiced Sindel in Mortal Kombat 11, a DLC fighter who enjoys tossing foes around with her hair before quite literally screaming them to death.

Rahi is voiced by Kamal Khan. Along with on screen acting and voice over work, Khan has produced and directed an entire bollywood music album. On the video game front, Khan recently voiced a Claymore in XCOM: Chimera Squad. His robotic partner Buddy is voiced by Michael Emerson.

Captain Mendoza is voiced by Scott Levy, who’s no stranger to combat following his service as a stinger missile gunner in the US Marine Corps. Previous video game acting roles for Levy include Battlefield 4, Medal of Honor: Warfighter, and Army of Two: The Devil’s Cartel.

Bugg was voiced by a robot. Yes, really. Developer Relentless (via RockPaperShotgun) made a point of talking about how they auditioned several different people before eventually deciding the Amazon poly voice was the best fit.

Tosca is voiced by Kari Wahlgren. One of the most experienced voice actors on Crucible’s list, Wahlgren has a massive portfolio of voices from anime (Haruko Haruhara in FLCL), cartoons (The ship’s computer in Rick and Morty) and video games. In recent video games you can find her voicing Mortal Kombat 11’s Kitana as well as several characters for Marvel Ultimate Alliance 3: The Black Order.

Drakahl is voiced by Gabe Patillo. Along with acting, Patillo produces music under the name GabeReal and stars in the Married to the Games podcast each week.

Ajonah is voiced by Jeannie Tirado. Another seasoned anime and video game voice actor, Tirado has worked on recent titles such as XCOM: Chimera Squad, Doom Eternal, and Legends of Runeterra. She's also well known for voicing Carole in the Netflix animeted show Carole & Tuesday, as well as Pan in Dragon Ball Super.

Summer is voiced by G. K. Bowes. No newcomer to video game voice overs, Bowes has shown her actiing skiulls as Laura Matsuda in Street Fighter V and Felicia in Marvel vs. Capcom 3, along with many other roles. Bowes also starred in the Netflix animated series Aggretsuko as Director Gori and Tsunoda.

And that's it! The complete list of voice actors and cast for Crucible. Now you know who's shouting out all those snippets while you hunt for Essence during matches.