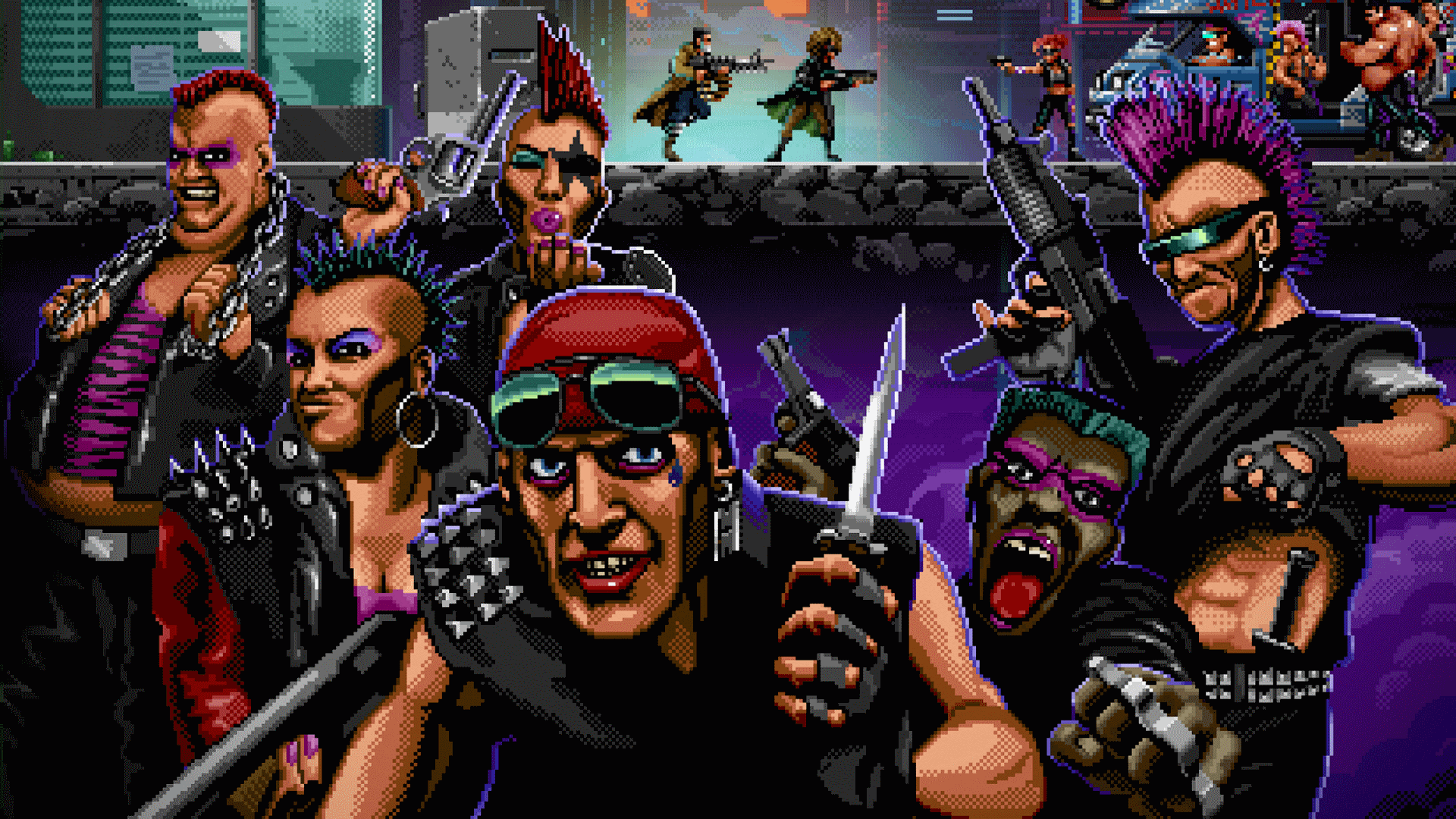 Every Saturday, studios and individuals the world over take to Twitter to share images and videos of their games in development as part of #ScreenshotSaturday. It’s a fantastic celebration of how widespread and varied game creation has become, not to mention a great way to keep an eye on upcoming gems or spot incredible artwork. Collected below are some of the coolest stills, gifs and videos from this weekend which we’ve gathered for your perusal pleasure. If you’re into old-school shooters like Contra, you won’t want to miss this week’s selection.

Blazing Chrome is a title developed with one purpose in mind: rekindling the the action-heavy shooters of the Neo Geo era. Of course, one thing was missing from those old-school run and gunners: luscious flowing locks! Blazing Chrome lets you jump into the futuristic boots of blond-haired Mavra or Mohawk-sporting robot Doyle and unload some hefty weaponry. Both are gorgeously animated, but judging by the gif posted this week by developer Danito Dias, we’d find it hard not to opt for Mavra’s neatly animated hair as we blast our way through robotic baddies.Of course, you could always just grab a friend to play the entire thing in co-op, too.

Combat and movement look snappy and satisfying, and there’s already an impressive amount to Blazing Chrome in terms of weapons, levels and bosses. We’ve got the first teaser for the game below, but the team has also put up plenty of footage from a range of stages. JoyMasher has been working on retro-styled games since 2012, and have previously produced Oniken and Odallus. Check out the official page for more details on Blazing Chrome.

Never let the courier out of your sights. Hunt him down before he’s out! #screenshotsaturday #gameplay #retrogaming #pixelart pic.twitter.com/hlmknTHrwh

Oh we’re sorry, was that not enough classic run ‘n’ gunning for you? Well, not to worry as here’s Huntdown looking just a slick and a hundred times more '80s. Fully co-op once again, Huntdown lets you take the law into your own hands as future bounty hunters, fighting your way through punks and thuggish gangs on crime-ridden streets.

Easy Trigger Games describe their style as “Old school modernized,” and want to bring the aesthetic of hand drawn pixel art to the modern day with 60fps gameplay. Development seems to be going exceptionally well, with a release planned for Nintendo Switch, PlayStation 4, Xbox One and PC.

The official site has further details and screens, but we’re already sold on hitting the streets to — as the trailer so aptly puts it — “make a healthy living, by making living unhealthy.”

#screenshotsaturday
KO Kangaroo knows how to get around in style. All of this is really simple to master and can be played on a NES controller.#gamedev pic.twitter.com/UFMbGDG4wp

Look, we know that Kangaroos with boxing gloves are all the rage right now in AAA gaming, but even with such an overused protagonist, we still think Rudi’s colorful creation is worth a look. With an adorably stern expression, the lead marsupial shows off his shoryuken and air combo skills in the short gif. Creator Bannon Rudis is already a developer at WayForward (creators of indie hit Shantae), as well as working on two other indie titles, River City Ransom Underground and Wrestle Wrun. With that in mind we’d be surprised to see a full game built around the rooftop kangaroo fighter any time soon, but there’s always hope, right? At the very least it’s let us enjoy this excellent sketch of the character:

#screenshotsaturday ?
Sketching out KO Kangaroo in all of his adorable fury.

Almost forgot to post something for today's #screenshotsaturday! Here's some footage of a stage and character that weren't playable in the PAX South demo. #rivalmegagun #shmup pic.twitter.com/iN6KYKZEl0

Honestly, we don’t know how we’ve missed this game before, as Justin Rempel’s Rival Megagun is one of those ideas that just makes you question why no one has ever done it before. A competitive arcade shmup in the vein of Galaga, Rival Megagun has you and your opponent fighting to survive on independent lanes, occasionally firing boundary-crossing weapons to pile on the pressure when your rival’s in a tough spot. However, the real magic comes once you charge up your Mega Gunship. Transforming into an enormous boss, you fly to the top half of your opponent’s lane and begin raining down a hailstorm of bullets. You’d best hope you can kill them off though, or they’ll soon be launching their own counterattack in your lane.

We love the idea of letting players take control of a shmup boss, and the tense race as each player rushes to put their rival to the test first. The official site says that the final release will offer multiple ships to choose from, “each with their own set of special weapons and Mega Gunship form.” Rival Megagun will include local split-screen along with online battle and an arcade mode. Release is currently scheduled for some time this year on Xbox One, PlayStation 4 and PC.

Yo! I finally got something new for #screenshotsaturday!
Now you can remember the basics of Aerial CQC with mega-backblast and dash ability that literally cut enemies in half!#gamedev #indiedev #pixelart #gamemaker pic.twitter.com/AJAMsg5xQJ

Speaking of shmups we’re prepared to get our butts kicked in, Skychasers offers a much more freeform approach to the genre, with free-moving aerial dogfights against an open blue sky. Think Luftrausers, only several times more ruthless.

Honestly, the speed of flight and number of explosions on display mean we struggle to follow what’s happening at times, but hot damn does it look gorgeous in action. Flipping a jet 180 before hammering the boosters to change trajectory just looks so right, especially followed up by a boost that shears enemies in two.

The developers have been working on the title for several years, and have shown off a few different gorgeous backdrops in the past. We imagine we’ll struggle to admire them while we’re repeatedly crashing into the floor, however. The prime focus of the game is difficulty, as WhyNot detailed in a dev post last September.

“At the very core of this game, lies a concept of fair difficulty. The player's jet is fragile, there is no health regen in any form and agility is your key to survival on the battlefield. The player always has enough tools at his disposal to overcome any challenge the game throws at him.”

Sadly there’s no indication of a release yet, but you can track the progress through their posts on the TIGsource forum here, with shots of a few different enemies including a sea serpent boss.

Yo! Ive just posted a new devlog on tigsource.https://t.co/I6MgbkoQR0
Looking for your feedback and thoughts.#gamedev #indiedev #pixelart pic.twitter.com/IXOpsNbHEi