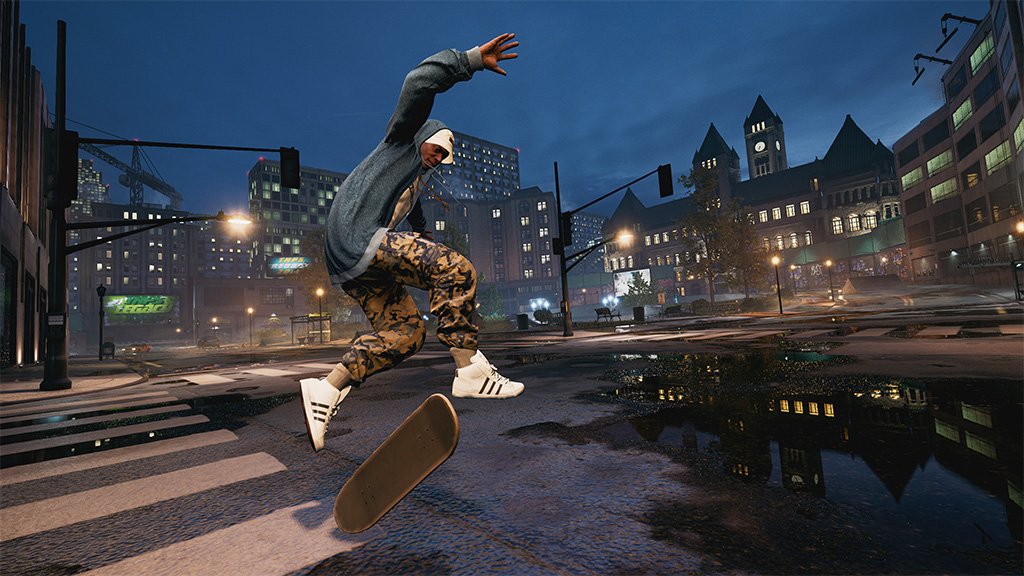 Of all the mainstream superheroes, Spider-Man seems like the most suited to joining a crew of skaters, which is likely part of the reason he was a secret character in Tony Hawk Pro Skater 2. Well, partly. In truth, Spidey’s inclusion was almost certainly helped by the fact that Neversoft worked on the first 3D Spider-Man title for the PS1, which released just a month ahead of THPS2.

If Spidey were to return in THPS 1+2, he’d have to be a PlayStation exclusive, which means Xbox buyers could also enjoy the addition of the oh-so-memorable Trixie, who replaced the rather unsubtle Private Carrera (slightly more so than THPS4’s Daisy, at least) on the Dreamcast and Xbox versions of THPS2 .

Overweight and slightly embarrassing cop Officer Dick appeared as a secret character in the first three mainline Tony Hawk’s Pro Skater titles, as well as showing up in various other forms since. Given his history, Leaving him out of THPS 1+2 would really be doing the original games a disservice.

Since the core cast of skaters will be playable as the middle-aged folk they are today, we’d love to see Richard Ennvee return 20 years older, perhaps even retired from his days of picking on punks. Vicarious Visions may end up playing a bit safer than Neversoft did back in the day, but we’re hoping not. Give us Officer Dick, you cowards.

A surprise third-party addition, Doomguy — who was known as Doom Guy back before an unfortunate legal dispute with Hell's lawyers — was a PC-only secret character unlocked using the classic IDKFA code in Tony Hawk’s Pro Skater 3. With how much fun id Software has been having playing around with Doomguy in Eternal’s story, we could absolutely see them lending his license to Tony Hawk’s series once more.

Does he make sense on a skateboard? Absolutely not, but the Doom Slayer could absolutely rip, tear and grind his way to high scores again if needed. Work in a way to include Glory Kills and you’re onto a winning formula.

You know what, why not? We’re at the stage in history where for some reason people want to spend time convincing themselves that the prequels weren’t all that bad, so let’s bring old Maul back from retirement too. In THPS3 he spent the entire time skating with his iconic dual-ended lightsaber out, which could only have made grabs a little awkward. Then again, Maul wasn’t afraid to use force powers to cheat with his tricks. The whole skating malarky probably seemed pretty basic for a Sith Lord like Darth.

Despite their inherent morbid nature, skeletons moving around  and doing regular things never stops being hilarious, so we’d love to see secret bony skater X-Ray from Tony Hawk’s Pro Skater 3 return in the updated game. Neversoft clearly had a lot of fun designing and animating his repertoire of grinds and tricks back in the day, and if nothing else he can serve as a reminder of how much older we all are since the originals released.

Speaking of unrealistic characters, remember how you could play as a giant eyeball on a stitched together body in THPS3? We don’t really know how feasible this would be, but adding the Neversoft Eyeball would be a great way to give recognition to the former company that birthed such a popular franchise in the first place. If they can’t use the name, so be it, but some nod towards the original developers wouldn’t go amiss in the remake.

We don’t actually want Shrek back. We just couldn’t resist the chance to remind you that Shrek was a secret character in Tony Hawk’s Underground 2. Yes, really, that Shrek. THUG 2 was weird.

So those are our picks for the secret characters we’d love to see return in Tony Hawk’s Pro Skater 1+2. What would your picks be? Let us know down in the comments.