The power of Friendships. 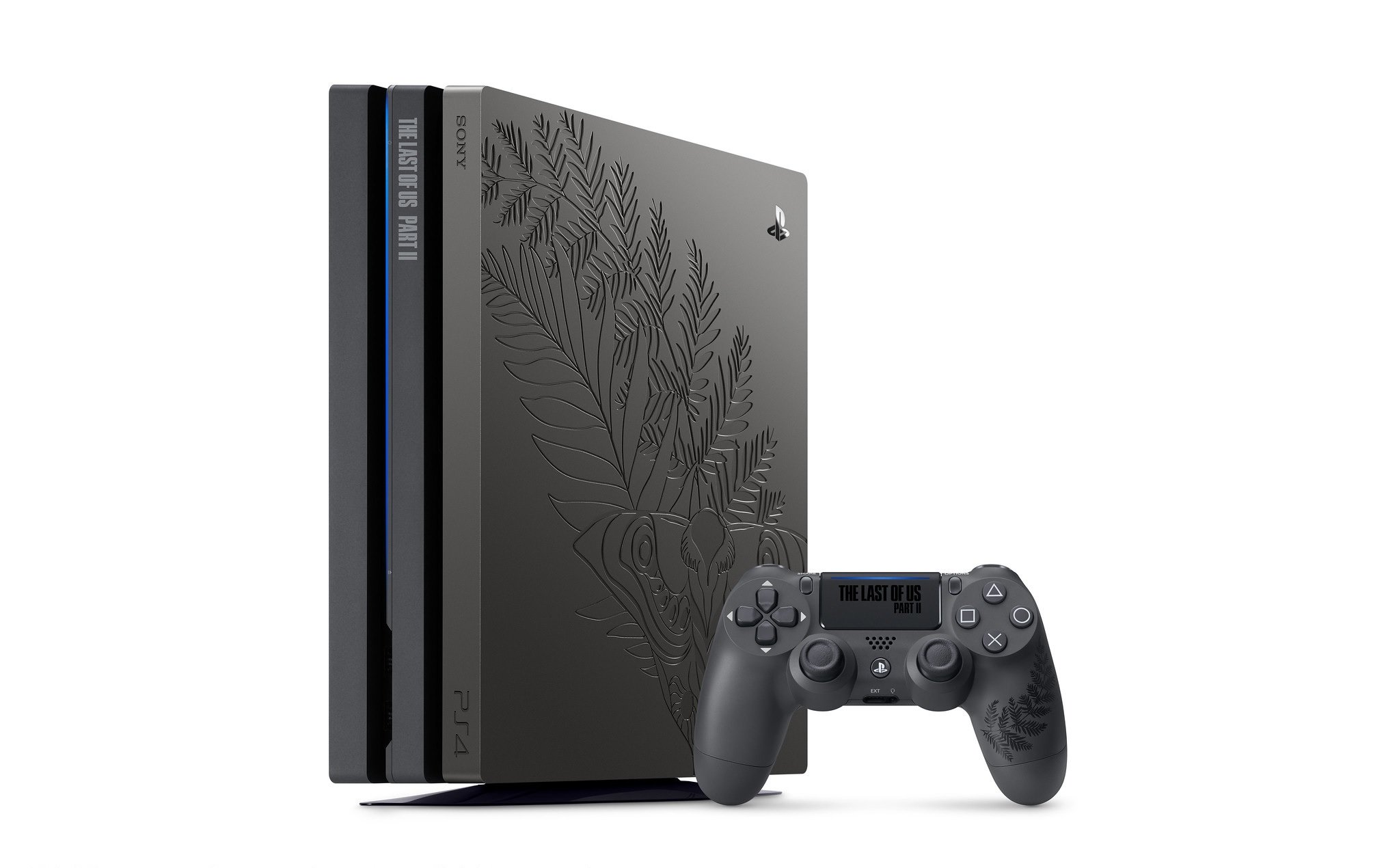 With just under a month until The Last of Us Part 2 finally arrives, Sony has revealed a PS4 Pro bundle with the game and a limited edition console design.

The Last of Us Part 2 PS4 Pro bundle will launch alongside the game on June 19, with a matte-finish 1TB console engraved with the fern leaf tattoo design Ellie sports on her arm. The bundle comes with a steelbook version of the game, a similarly enrgaved DualShock 4 controller with the iconic leaf tattoo design, and a digital content voucher for a PS4 Dynamic Theme, six PSN avatars, and digital soundtrack and mini art book downloads.

The whole bundle costs $399.99 USD or $499.99 CAD but there's no European or Australasian release scheduled, sorry friends. It's a shame because as limited edition console designs go, this one is actually very subtle and tasteful, able to blend in with your home entertainment setup without drawing eyes too quickly. It's also the first time a PS4 console has had an engraved design, as Naughty Dog art director John Sweeney explains:

"When we first revealed The Last of Us Part II, we had no idea how quickly fans would embrace Ellie’s tattoo. Within a day, we started seeing real-life versions showing up on social media and fans have been sharing photos of their new tattoos with us week after week ever since.

"When the opportunity arose to create a custom PS4 Pro for The Last of Us Part II, I worked with our graphic designer at the time, Angel Garcia, and we considered a few different ideas, but we kept coming back to Ellie’s tattoo. By that point, it had become a symbol of the game and for the community–much like the Firefly logo in the first game. It was the clear choice, but we wondered: what if it could be engraved? It hadn’t been done before, so we weren’t sure it was even possible, but thanks to the incredible efforts of the teams at PlayStation, we found a way."

If you don't feel the need for a new PS4 Pro right at the end of the console generation, then you can get a DualShock 4 on its own for $64.99 USD/$74.99 CAD.The console and controller aren't the only things engraved, either, as you can also pick up Sony's Gold Wireless Headset with a similar fern design in steel black matte finish for $99.99 USD/$119.99 CAD.

And if you're worried about The Last of Us Part 2 taking up more storage than your current console can provide, there's also an officially licensed Seagate 2TB Game Drive HDD with capacity for more than 50 games, by Sony's reckoning. That'll cost $89.99 USD/$114.99 CAD.

Will you be picking up a The Last of Us Part 2 PS4 Pro bundle for yourself? Or are you holding out for more details about the PS5 release price before committing to this generation again?