An artist has made the cave from Unreal Engine 5's technical demo using Dreams on PS4. 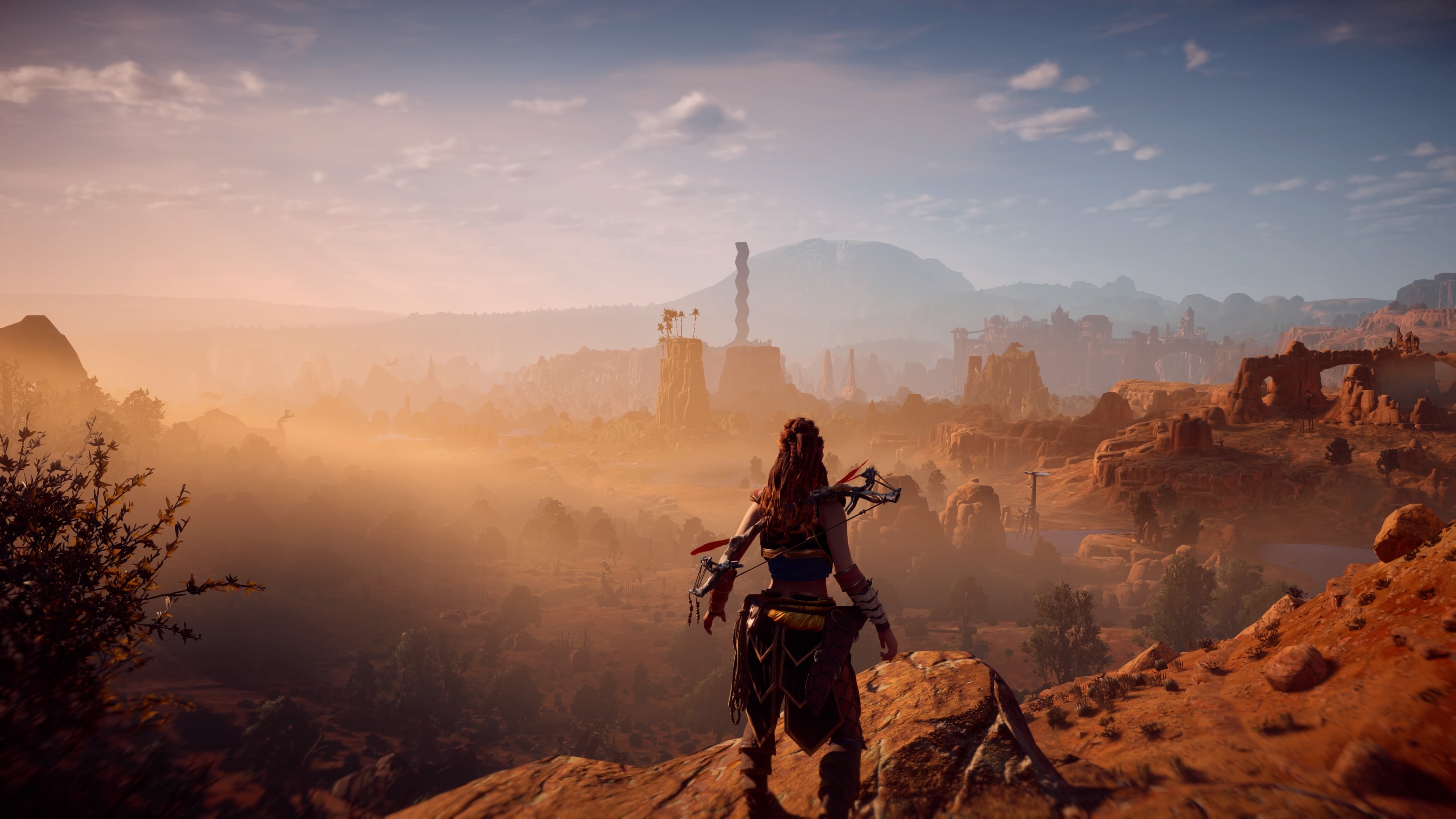 We'll show you where Xur is hanging out this week and all of the Exotics he has available for purchase.

So how are you spending your time in isolation? Learning a new language? Developing an artistic talent? Maybe you’ve finally caved and become one of those sourdough bakers. All valid timesinks, we’ll agree, but you could also be putting those extra hours at home to something with real value, something like heading back to clear up the toughest challenges in your video game library and finally earn those platinum trophies and 100% achievement ratings.

With plenty of extra time on your hands, it’s the perfect time to return to a grand world you once loved, and few are crafted better than 2017’s Horizon Zero Dawn. We’ll be taking a look at the toughest trophies the game has to offer and providing pointers for how best to go about completing them. It’s time to take Aloy’s no-nonsense attitude seriously and clean up those remaining trophies!

Aloy isn’t one to shy away from a tough challenge, but as PS4 games go, Horizon Zero Dawn is actually quite gentle with its trophies. That said, there are a few which are harder or easier to miss than most, including Ultra Hard Completed, Downed 23 Grazer dummies, and Blazing Suns at all Grounds. Now is the perfect time to take Aloy out for another adventure, so we’ve covered each of these challenges briefly below with some pointers for how to approach them

For most of us, one trip through a game’s story is enough. However, if you want to rack up the trophies in the majority of games, you’ll need to run through again on the hardest difficulties. In Horizon Zero Dawn, the Ultra Hard difficulty is a daunting prospect. However, if you’ve already completed the game once, starting Ultra Hard difficulty in New Game Plus can make the challenge far less painful.

Carrying over all your levels and equipment, New Game Plus will see you through the earlier stages much more quickly, and mean you can race through the story much faster than you normally would. Save the collectables and other challenges for easier difficulties and focus on the story missions here.

The Grazer dummies trophy in Horizon Zero dawn is far from the hardest challenge in Aloy’s journal, yet it’s one that most players missed purely due to its location and lack of ceremony. You’ll only stick in the Nora territory for the opening stages of the story, but if you want to knock this trophy out of the park then you need to track down a hefty 23 dummies spread around the Nora region. They look like Grazer machines, but are actually just stuffed models you need to give a good smacking. The game doesn’t let you know this needs to be done aside from the trophy, so it’s a very easy task to miss.

They’re scattered all over the area, so make sure you have fast travel at the ready. We expect most of you will want to run through this as quickly as possible, so we’ve provided a map below of the Nora region and have marked all the dummies on it. Check underneath for more details on each one. A single heavy hit will be enough to knock them down.

Blazing Suns at all Grounds Trophy

And finally we come to the hardest task Horizon Zero Dawn has to offer. To score this one you’ll need to earn the fastest medal time (Blazing Sun) at every Hunting Ground on the map. For those who like to take their time tracking, this will prove a serious challenge. A key approach to these is to focus on the challenge itself, and not hunt in your usual manner. Preparation, tools  and abilities are key, so don’t forget to use them. If you need to remove parts, use tearblast arrows, if you need to keep something distracted, tie it down with the ropecaster.

Most of these are fairly straightforward and may just require practice, but the Sun Furrows Thunderjaw vs Ravager and Ravager Control Trials are an extra pain in the neck. Before you start, you’ll need overrides for both Thunderjaws and Ravagers.

For the former trial, sneak to the Thunderjaw and immediately override it before firing arrows at the ravagers to lure them over. Keep your distance and let the Thunderjaw take on the Ravagers while you focus on the Watchers. Once they’re clear, use your Ropecaster to disable the Ravagers so your Thunderjaw can take them down. It doesn’t matter how it kills them, as long as it lands the final blow.

For the latter trial, slide down the rope so that you land as the ravager turn away, override it and fire an arrow straight at the Thunderjaw. While they fight, you should leg it away to find the other Ravager. This one you can either Override as well, or use tearblast arrows to remove its cannon. Grab the cannon for yourself and turn it on the Thunderjaw. The key is to get its health low, then use your Ropecaster to pull it over so the Ravagers can land the killing blow. Freeze bombs and blast bombs work wonderfully against the Thunderjaw, so use them and Tearblast arrows to deal heavy damage early on.

With that, all we can do is wish you the best of luck with your return to Horizon Zero Dawn and the hunt to wrap up those final trophies. Stay strong, huntress! Trying to wrap up other titles? We’ve already covered God of War, so click here if you’re feeling the call of the Valkyries...