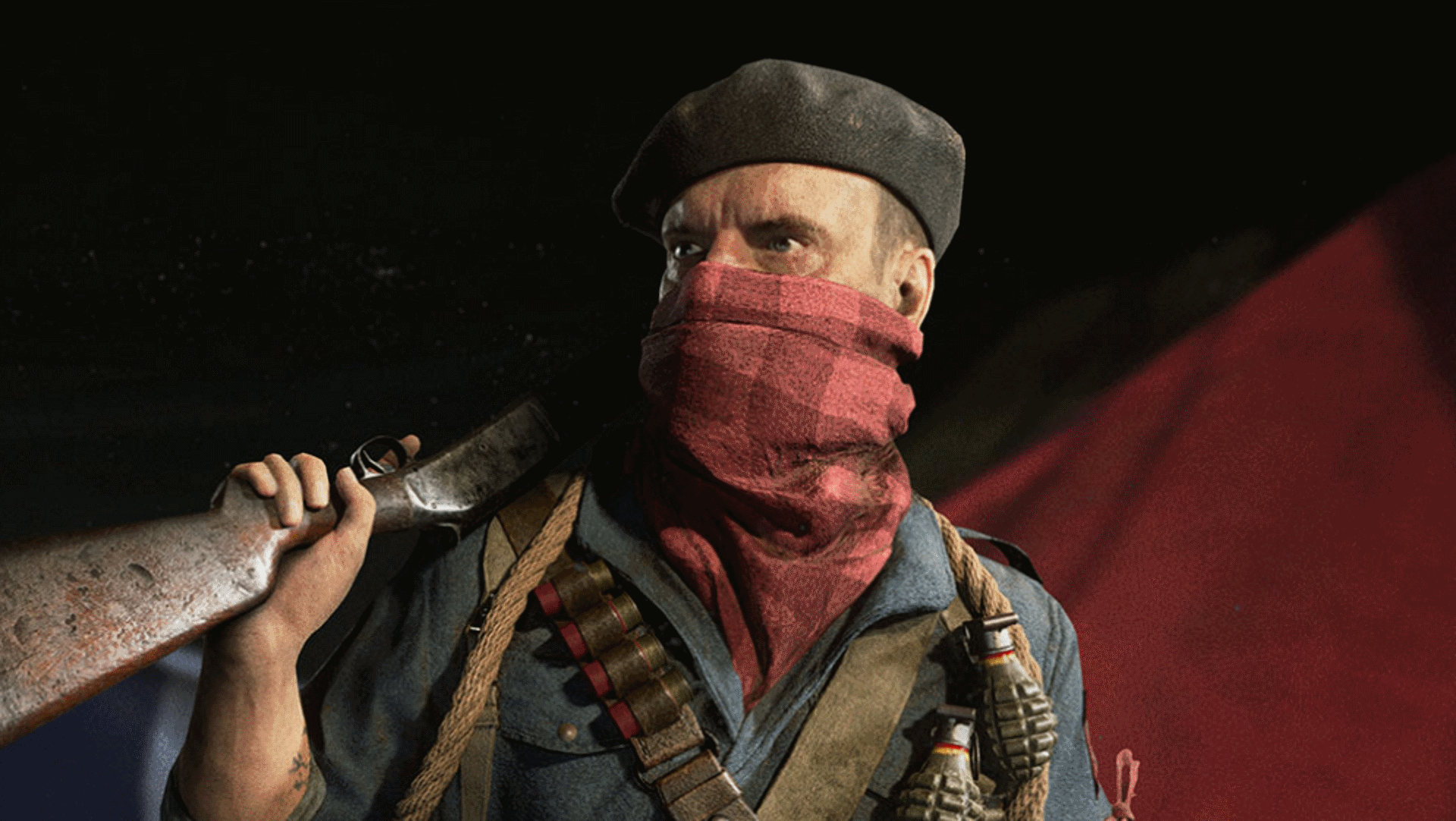 The five week long event is free to all users and will add a new (permanent) class division to the game called Resistance, along with a selection of new weapons and outfit customization options.

The new Resistance Division is based on civilian units formed to rise up against German occupation. They specialize in sneaky warfare, coming with a tactical knife equipped to their side arm for extra easy stabbings. They’ve also got access to some unique abilities like being able to scramble the opponent’s minimap.

New weapons coming in the event include the Italian Orso SMG, the Volkssturmgewehr Assault Rifle, and the Combat Knife, each of which can be unlocked by completing various challenges set by Captain Butcher. If you don’t complete the challenges within the event, you’ll lose the chance to get access.

Each week brings a new set of challenges and rewards including a free resistance loot box and 2XP. The full list is up on the event page, but here’s the rundown for the first week:

The other big bit of news is that a prophunt mode will be coming to CoD: WW2 during the event. The official release states:

“As an underground Resistance fighter, you must master the skill of stealth. In a fun spin, just for this event, you can put your skills to the test in the Prop Hunt game mode, where players on one team must disguise themselves as everyday items strewn throughout the war zone, while the other team is tasked with tracking them down and destroying them. As a fun party mode, we hope you’ll enjoy taking a break from the core modes and try Prop Hunt during this limited-time event playlist.”

Prop Hunt has been a popular mode in a number of PC mods for FPS titles, and even made its way officially to CoD4 Remastered. We’re sure it’ll prove popular again for WW2.

The Resistance event starts Jan 23 and runs until February 27.