The announcement bricked the store. 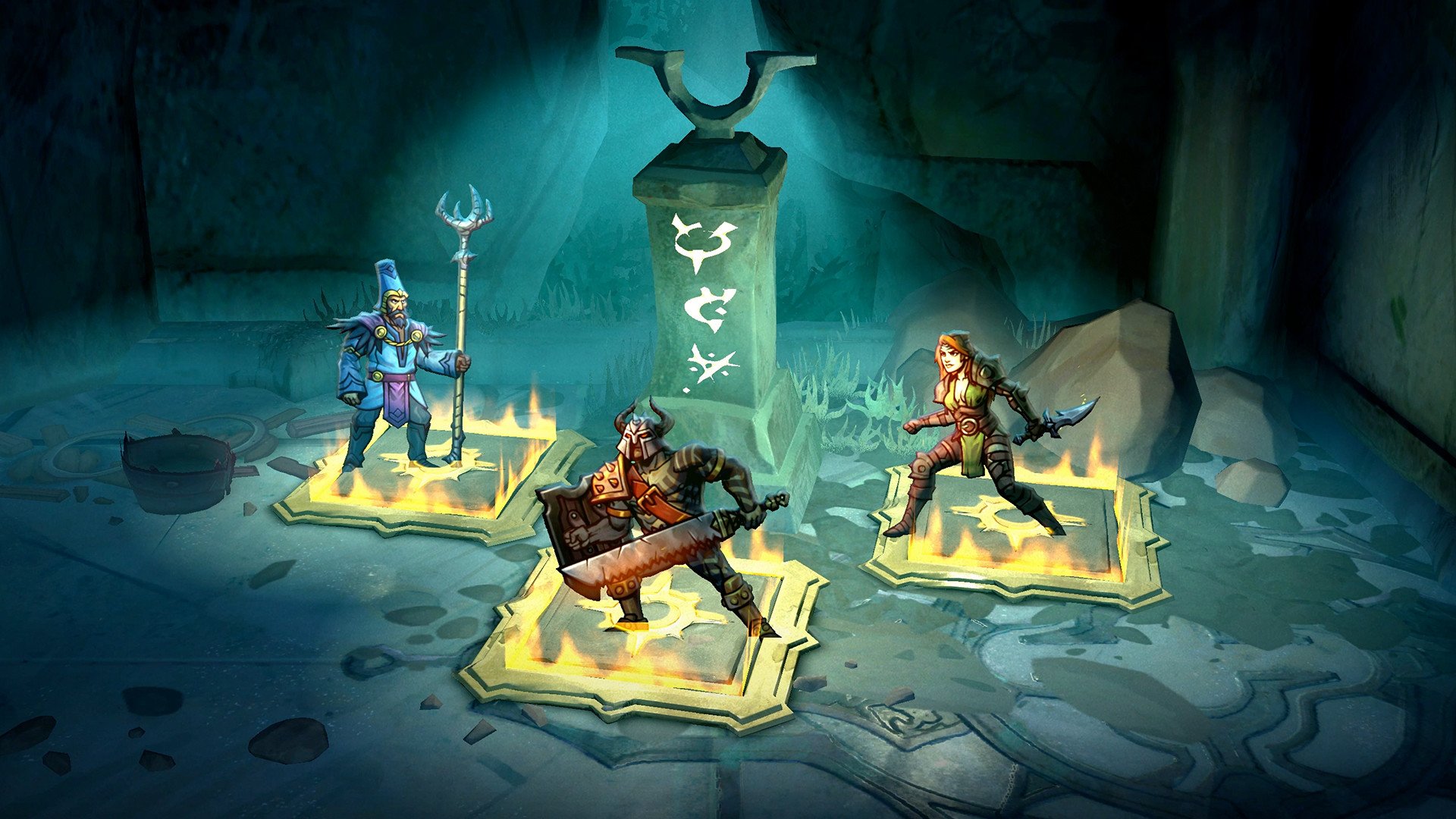 Blightbound is the latest game from publisher Devolver Digital

It's happening, it's finally happening!

Devolver Digital announced a brand new game today called Blightbound. The game is an online dungeon crawler from the makers of Awesomenauts, Ronimo Games. Hearing the news that Ronimo is back with a new game is seriously exciting, as is the announcement trailer for Blightbound itself.

Blightbound is the latest game from publisher Devolver Digital

Blightbound certainly looks good based on what’s shown in its announcement trailer that premiered earlier this morning. The trailer primarily consists of art with narration teasing the game’s story. At the end, we see a few seconds of gameplay and it definitely looks like what you’d expect from a dungeon crawler.

We were getting a bit of a Battle Chasers: Nightwar vibe meshed with a little Diablo 3, but it’s still too early to be able to tell what the gameplay will be like. We do know a bit more about the game’s store thanks to the announcement trailer’s description, which reads:

“The world lies in peril. Decades ago, a band of legendary warriors slayed the dreaded Shadow Titan after a long and ferocious struggle, but their celebration was short-lived. The Shadow Titan’s true intentions revealed themselves when from his broken husk flowed the Blight; a corrupting fog that alters any living creature exposed to its evil.

Blightbound is a multiplayer dungeon crawler that tasks three heroes to venture down from their mountain refuge to face the abominations of the Blight - a mysterious and corrupting fog that enshrouds the land. Explore handcrafted dungeons, fight a terrifying cadre of mystical and monstrous enemies, grab valuable loot and recover fallen heroes to expand your roster of available warriors.

Each player will fulfill a specific role on the team - warrior, assassin, or mage - to overcome colossal bosses and solve clever puzzles. Can you collect and complete all the challenges, and conquer the Blight once and for all?”

Sounds like what you’d expect from a dungeon crawler with collectible loot and unique team roles. What’s exciting outside of the game’s story and design (from what we’ve seen in the trailer) is how Blightbound supports both online and local co-op multiplayer. If you want to slice through enemies and take out some of the game’s ‘colossal bosses’ with your buddies, you’re able to do so.

Looking over Blightbound’s page on Steam, we also see that it offers full controller support and free updates. According to the Steam page, the game offers more than 20 different heroes with their own unique skills and abilities. The loot you pick up can be used to tweak and improve your hero based on how you like to use them.

You can also build a mountaintop refuge that’ll allow you to access more items, bounties, and training for your heroes which sounds pretty cool. Gameplay boasts a mixture of hand-painted and 3D character models which can be seen in the game’s promotional screenshots. Overall, Blightbound looks like it’ll be a fantastic entry to the dungeon crawler genre and we can’t wait to see more of Blightbound as we get closer to the game’s release.

As of right now, Blightbound is scheduled to be released in 2020, though no exact date has been unveiled. When it’s released, Blightbound will be available on Steam in Early Access. You can add Blightbound to your Steam wishlist right now, and join Ronimo's Discord server for updates as well.