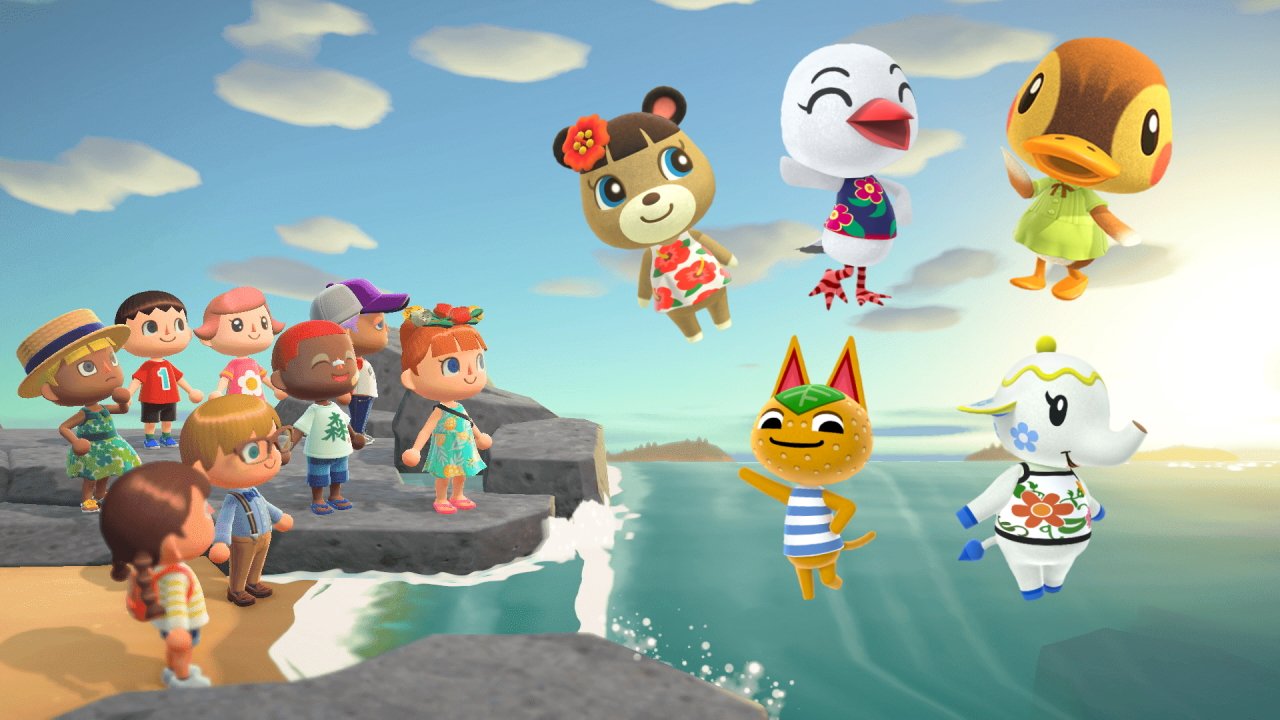 Ranking real people based on cuteness? That’s a big no no. Ranking the virtual animals friends that visit and stay on your island? A-Okay in our book. Animal Crossing: New Horizons may be a sedate, meditative experience, but the battle for popularity among villagers is fierce indeed. To that end, we've put together a comprehensive and entirely objective list of the cutest villagers in Animal Crossing: New Horizons. That is, assuming your objective is to learn our personal favorites and biases. We’re pretty sure that’s what the word objective means, anyway. Be warned, the following entries may cause you to weep with happiness.

Because we love all the animal brethren — okay, maybe not the mice — equally, we’ve decided to fill our list with the cutest villager for each animal type, so get ready for adorable alligators, charming cows, glamorous gorillas and more. Okay, we hear you, enough chitter chatter, it’s time to look at some adorable animal friends!

Boots may be a Jock villager, but that doesn’t stop him from being one of the cheeriest, most kindhearted villagers around. His catchphrase of munchie is utterly adorable, and while he does arrive in a Jester’s outfit, we recommend gifting a waistcoat his way to see just how cute this sporty alligator can be.

Like all the other Peppy villagers, Anabelle is a star just waiting for her chance to shine. We don’t know how she plans to make it big from a remote island with only a few inhabitants, but we’re certainly glad she’s here with us. Despite being listed as an Anteater, Anabelle is most certainly a Pangolin, which is only an added bonus in our books.

When it comes to cute villagers, it’s usually the young and preppy sorts that steal the throne. However, one look at Beargo’s phenomenal moustache and detective outfit means we had to put him on the list. And with a phrase like Whiskers? Sorry all you pop star bears, but this smug old fella couldn’t be beaten.

The birds of Animal Crossing: New Horizons, while cool, aren’t the cutest feathers of the flock. That said, it’s hard not to be won over by the cheery attitude of Piper. We’re big fans of her flowery shirt and bright, striped legs, and aren’t adverse to being called chickadee every now and again, either.

Even lazy villagers have their charm, as the sleepy-eyed Stu shows. With a catch phrase like “moo-dude” you know this villager is a winner, even if his house is worryingly full of bugs. Plus, we really dig his street decor, showing off scooters, a phonebox and more inside his house.

Tangy isn’t just dressed up like an orange, Tangy’s skin literally makes her look like an orange. There are a lot of good cats in Animal Crossing: New Horizons, but let’s be real now, you can’t beat that.

The chickens of Animal Crossing: New Horizons can be pretty intimidating. Standing head and shoulders above most other creature types, they look large enough to bully you into giving up your recipes. However, there’s something quite gentle about Egbert, which probably comes from the fact that he looks a bit confused all the time. Egbert just needs a nice hug.

This one was a real toss-up between adorable cows Patty and Norma, but Patty just edged out the cuteness victory thanks to her citrus tree top. A peppy villager, Patty will always be happy to see you, even if she does go on about Maglev Mike a bit too much for our liking.

The cub category has some fierce competition when it comes to cuteness overloads, but we think June’s cut little hair flower helps her stand out from the rest. As a normal villager type, she’ll befriend almost anyone, and if she arrives on your island later, she’ll also set up a lovely beach and shell-themed house.

Beau is one of the most popular villagers in Animal Crossing: New Horizons, and it’s easy to see why. Dressed in an adorable reindeer jumper, he’s hard not to love when standing in his nature-themed house.

Goldie has appeared in every Animal Crossing game so far, and it’s easy to see why. A lovably chilled out pup, her caramel coloring is a soothing sight any day of the week, and you just know she’ll always be your best friend.

If we had our way, a picture of Molly would be placed under the dictionary definition of cute. Despite having the appearance of a baby chick, her house in New Horizons is actually very sophisticated, featuring a stacked bookshelf and a violin. Stay classy, Molly.

Eagles aren’t usually very cute, but there’s something quite entertainingly sweet about Jock-type villager Sterling, who seems to think he’s a gallant knight. We just hope that he knows all that metal won’t be very helpful if he ever wants to take himself to the skies.

Picking the cutest Elephant villager was far from easy, but Tia should be near the top of anyone’s list. Not only is she a friendly, normal villager, she also has the appearance of a fancy teapot. We love a good mug of loose-leaf, which means Tia was always bound to be a good friend of ours.

Henry is definitely the cutest frog villager and definitely wasn’t chosen because of an overlapping name with a certain associate editor.

Another all-star villager who’s high in demand, Chevre is a sweet normal villager and the only goat to have appeared in every single Animal Crossing game. Her name is literally just goat in French, which, coupled with her “la baa” catchphrase is so on the nose that we can’t help but love it.

If you haven't broken down from an adorable overdose yet, then continue to page 2 for the test of our cutest villagers in Animal Crossing: New Horizons list!