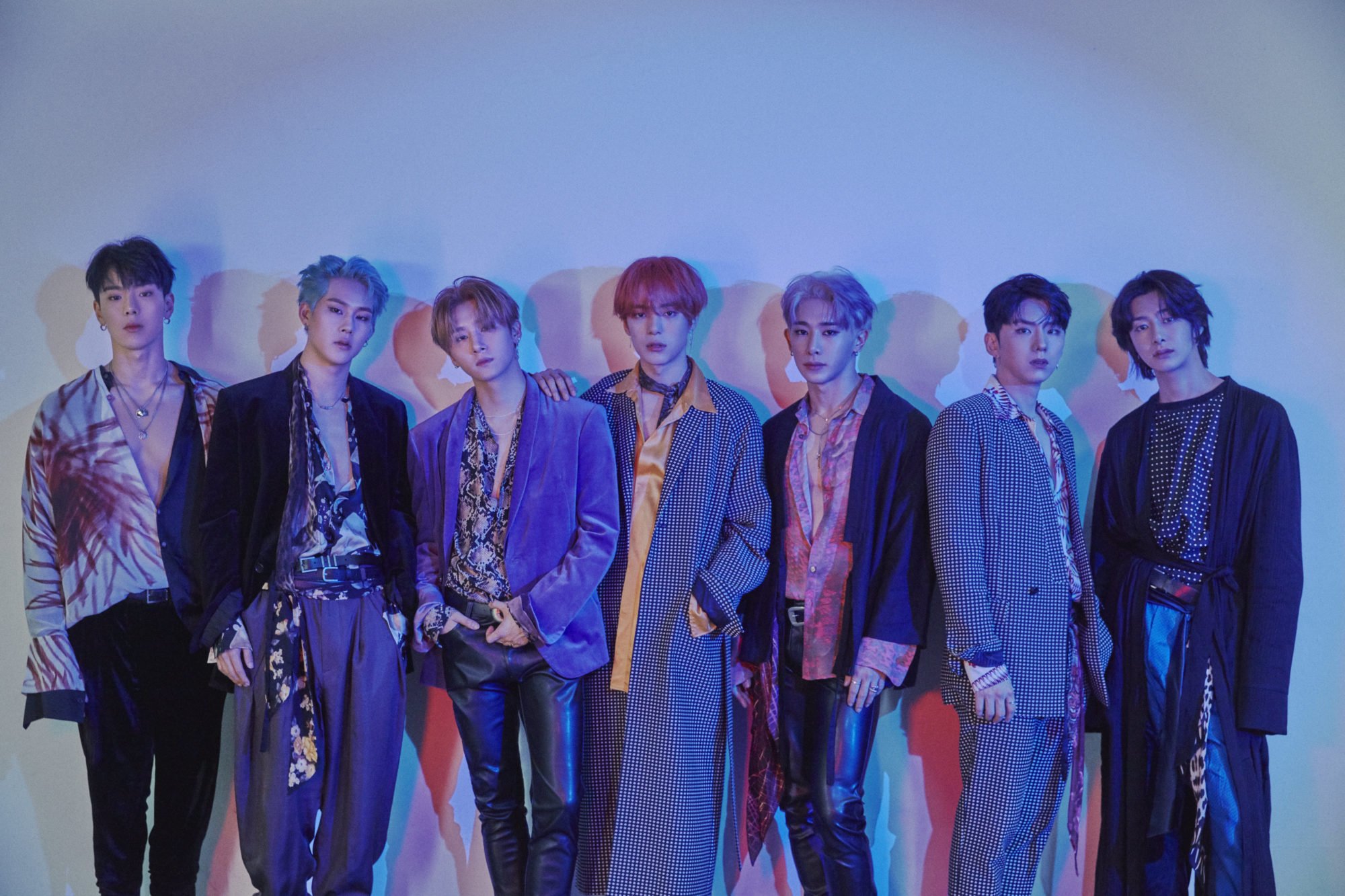 Korean pop music has grown exponentially in popularity over the years not just in Korea, but all over the globe. Some people love it, others hate it. Even if the music isn’t your thing, there’s something to be said about how hard kpop idols work.

They train for years to debut with a group and then they continue training, performing, recording, and touring virtually nonstop for years. Naturally, their schedules don’t leave a whole lot of room for free time. In what little time they do have, many enjoy playing video games.

It’s not exactly surprising to hear that kpop idols enjoy gaming as video games are popular among both celebrities and non-celebrities alike. For example, celebrities like Elijah Wood have recently been spotted playing Animal Crossing which naturally caused quite a stir on social media.

Everyone wanted to invite him to come to their island to pick fruit and we can’t say we blame them.

For kpop fans, it can be interesting to learn which idols like to game and what games they play. Who knows, you may be convinced to give those games a try yourself if you don’t play them already. Meanwhile, for gamers who aren’t big into kpop, it can be enlightening to learn that kpop artists play the same games you do like Overwatch. We think so, anyway!

If you’re curious about kpop, gaming, and kpop idols who game, we’ve put together a fun list featuring some iconic kpop groups with members that play video games. We’ve also included song recommendations for each group just in case you’re open to finding out whether or not kpop music is your thing.

The members of BTS have openly shared their love of video games over the years. For example, Jungkook from BTS loves playing Overwatch. Not only does he enjoy playing Overwatch whenever he has spare time, he’s extremely good at it as well.

Don’t believe us? Check out this clip uploaded to the official BTS Twitter account last year which shows Jungkook absolutely wrecking the enemy team as Widowmaker and earning the Play of the Game.

Other members of BTS play Overwatch as well including V and Suga. As for the rest of BTS, an interview with Yahoo offers some additional insight into the video games they play.

To add to the video game theme, there's a free mobile game available right now on Android and iOS called BTS World that's based entirely around the group and is honestly a ton of fun to play, especially if you love BTS.

Some of our song recommendations for BTS include Fire, DNA, Blood Sweat & Tears, and Mic Drop ft. Steve Aoki.

Animal Crossing: New Horizons is insanely popular right now, so it should come as no surprise that members of Blackpink, Lisa and Jisoo, are confirmed Animal Crossing players.

In an episode of Somi’s personal vlog series ‘I Am Somi’ we see Lisa paying Somi a visit and sharing what her island and villagers look like. She also partakes in a little fishing and catches a rare, valuable fish. Jisoo also plays Animal Crossing and games like Overwatch.

Jennie also plays Overwatch with her and Jisoo being quite good at the game, and very competitive. Rose and Jennie have also played their fair share of games on Nintendo Switch, though we know a little less about what exactly they like to play on the Switch.

We imagine they’re also playing Animal Crossing with Lisa and Jisoo and really wish we could see what all of their unique islands look like.

Some of our song recommendations for Blackpink include Boombayah, Kill This Love, Playing With Fire, and DDU-DU DDU-DU.

Monsta X and VIXX both have members that play video games. Examples include Minhyuk and I.M. from Monsta X and Hongbin, Ken, and Leo from VIXX, all of whom have been vocal about their love of video games in past interviews.

To put their skills to the test, select members of Monsta X and VIXX faced off against one another in Overwatch. The video is older, having been released three years ago, but it’s nevertheless a great example of how seriously both groups take gaming as they get progressively more competitive as the match wears on.

The video is in Korean but it has English subtitles to help you understand what’s going on if you aren't fluent in Korean. If you want to watch a chaotic Overwatch battle between two amazing kpop groups, we highly recommend it.

Some of our song recommendations for Monsta X include Hero, Shoot Out, Dramarama, and Follow. For VIXX, we recommend Chained Up, Shangri-La, Fantasy, and Voodoo Doll.

Unlike other kpop idols on this list who’ve played games on camera sporadically, Miyawaki Sakura from IZ* ONE takes things a step further as she has her very own gaming channel on YouTube that boasts over 500k subscribers.

While she hasn’t posted anything over the last six months, she does have a number of impressive videos on the channel that show her playing games like Fortnite, Apex Legends, and Splatoon 2. She also has a video where she attends the 2019 Tokyo Game Show!

We’re unsure whether the other members of IZ* ONE play games, but we imagine Sakura has probably shared her love of gaming with the group.

Some of our song recommendations for IZ* ONE include La Vie en Rose, Vampire, Fiesta, and Violeta.

Several members of EXO are hardcore gamers, notably Chanyeol and Baekhyun. Starting with Chanyeol, he’s talked about his love of video games in several interviews. In one, he shared the story of how he used to frequent an arcade in Yeonsinnae so he could play his all-time favorite video game, Tekken.

He frequently plays League of Legends, and is a huge fan of Faker who’s reportedly his favorite esports player. Adding to Baekhyun’s love of gaming, whenever EXO travels, he brings along a suitcase that’s entirely dedicated to his gaming computer and gear.

We imagine all of the EXO members have dabbled in gaming at some point, but there’s no doubt that Chanyeol and Baekhyun lead the pack when it comes to how far they go to ensure they’re always able to play their favorite games.

Some of our song recommendations for EXO include Monster, Obsession, Overdose, and Love Shot.

You may – or may not – be surprised to learn that Mina from TWICE is an avid gamer. She’s said in interviews that she plays a lot of Sudden Attack and Elsaword and has also mentioned playing games like Overwatch. She also really loves Minecraft and there are a number of videos of her playing Minecraft and having an absolute blast.

Other members of TWICE have mentioned gaming like Tzuyu who enjoys playing Tetris and Nayeon who’s played games like King of Fighters.

Several members of TWICE play games on Nintendo Switch in their free time with Mina, Nayeon, Jihyo, Momo, and Jeongyeon all confirmed to be playing Animal Crossing: New Horizons right now according to a tweet from @misayeon.

Another thing we spotted on the @misayeon Twitter account was a post featuring images from a vlive Momo did where she showed off her Animal Crossing island complete with an adorable heart-shaped pond.

Some of our song recommendations for TWICE include TT, Feel Special, Likey, and Cheer Up.

Heechul of Super Junior is well-known for his love of gaming and he has a real thing for Starcraft and League of Legends. In fact, he’s played against other kpop idols like Baekhyun as part of SM’s Super Idol League and lists one of his rivals as famous Korean actor Lee Min Ho. Like Baekhyun, Heechul is a huge fan of the esports legend, Faker.

Heechul revealed in an interview that he’s spent just under $35,000 playing mobile games and prefers spending money on games as opposed to things like cars or watches.

Adding to his love of gaming, Heechul and fellow Super Junior member Shindong got together to host a variety show called Legend Club. The goal of the web show is to invite special guests on and have them play games on PC like Apex Legends.

According to an article from Soompi, the show will have JuanKorea from the esports team T1 as a recurring guest. If you want an idea what the show is about, you can check out the official YouTube channel for it and watch episodes like this one.

The episodes are all in Korean, but you’re able to turn on English subtitles if you don’t speak Korean but still want to follow along.

Some of our song recommendations for Super Junior include Black Suit, Devil, Sorry Sorry, and Mamacita.

As you can see, gaming is way more popular among kpop idols than many people realize and is only increasing in popularity thanks to games like Animal Crossing: New Horizons on Nintendo Switch.

Do you know of any other kpop idols who play video games that we missed on our list? Share your favorites with us down in the comments below!