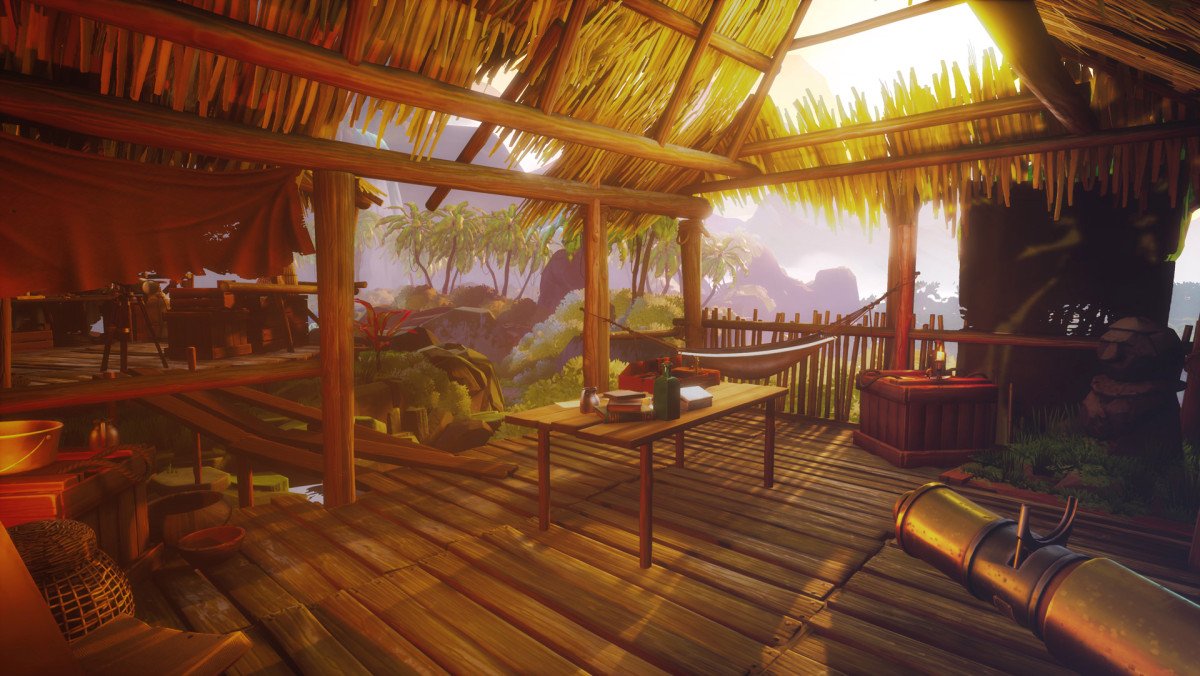 Among all the big-name studios in today's Xbox Series X showcase of games coming to the next gen was an indie gem called Call of the Sea.

The bright and colorful tropical locations stood out among the dark, brooding ray-tracing of other games revealed to be leading the next wave of gaming consoles. Call of the Sea is a story-driven game from new studio Out of the Blue, consisting of 12 veteran game developers from teams that have previously made Metroid: Samus Returns, Deadlight, Gylt, Celeste and Guacamelee 2.

The story pits you as Norah, voiced by Firewatch's Cissy Jones, who is on the hunt for her missing husband. It's the 1930s and his expedition went awry and she hasn't heard from him for a while. However there are also darker forces at play here, as you'll understand as you find more pieces of the puzzle.

"Not only do we absolutely love adventure games, but we all also have a secret passion for the supernatural and the occult," say developers Out of the Blue. "In fact, we are all huge H.P. Lovecraft fans and are inspired by his work. To be clear, Call of the Sea is not a horror game. Far from it. But you might say that we are inspired by the way Lovecraft tells some of his stories.

"We want you to solve the mystery we have created, slowly realizing that there is more to the world than meets the eye and piecing together what has taken place before you arrived on the island. We’re after the sensation that comes when the mind tries to grasp a solution that lingers, tantalizingly, almost within reach."

There are the usual puzzles to solve and letters to find and read to piece together the mystery, as you might expect from developers who list Myst, Soma, Firewatch and Subnautica among their inspirations.

Speaking of Subnautica, some of the underwater environments look genuinely tearworthy, and though they might not be going for realism the lighting tech on show is surely worthy of the beefy specs the Xbox Series X boasts.

Call of the Sea will release on Xbox Series X, Xbox One and PC in late 2020, and will be available on Xbox Game Pass when it does launch.