Vampire: The Masquerade - Bloodlines 2 invites you to dance on your grave on Xbox Series X. 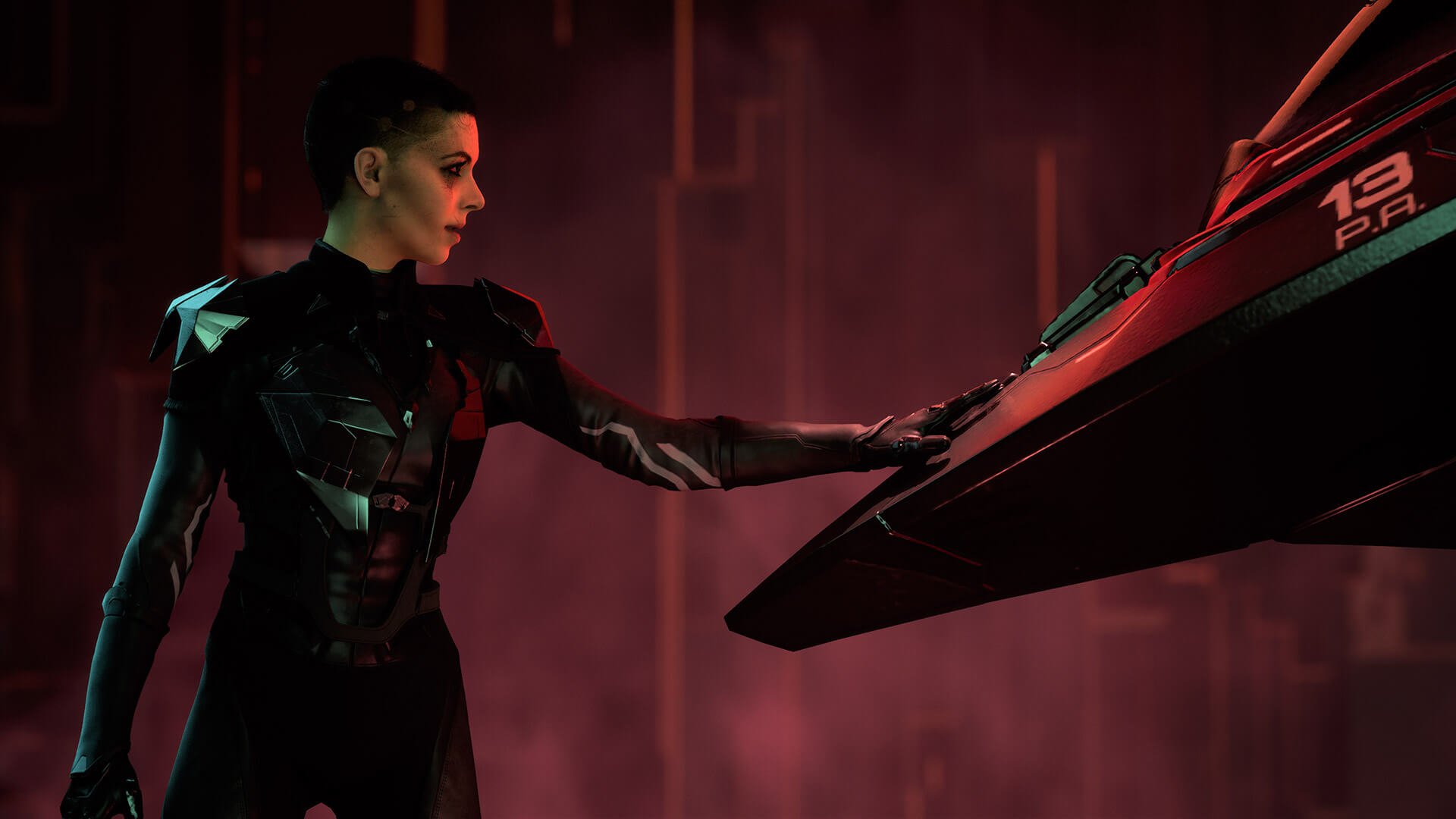 Call of the Sea's narrative exploration with occult undertones comes out on Xbox Series X in late 2020.

During today’s Inside Xbox stream, a brand new game was announced called Chorus. The end of the trailer made it look like the game’s name was ‘Chorvs’ but nope, it’s Chorus. With that out of the way, the trailer certainly piqued our curiosity as it’s presented as a dark, edgy first-person shooter game in space. What’s not to love?

Set in space, Chorus is the latest entry from publisher Deep Silver and developer Fishlabs. It appears to be a single-player title in a first-person shooter format.

There’s no real sense of horror in the trailer beyond the main character feeling reminiscent of Senua from Hellblade, so gamers shouldn’t expect this to be akin to games like Deep Space (or Hellblade).

Instead, it’s touted as more of an action game, especially in the description of the announcement trailer. Where the trailer itself can be somewhat vague, the description and the game’s official website provide key insight into what you can expect from Chorus when it’s released in 2021.

“Chorus is a new space-flight combat shooter releasing in 2021. Become Nara and Forsaken, her sentient starfighter, on a compelling, personal journey of redemption. Unlock devastating weapons and mind-bending abilities in a true evolution of the space-combat shooter. Explore breath-taking interstellar vistas, ancient temples and venture beyond our waking reality. Outgun, outwit, and outmaneuver your enemies in an epic quest to free the galaxy from oppression.

A JOURNEY OF REDEMPTION – Become Nara, an ace pilot facing her haunted past, and Forsaken, her sentient ship. Their quest for redemption will take them across the galaxy and beyond the boundaries of reality to unite resistance forces and stop the Circle and their leader, the Great Prophet, at all costs.

VENTURE BEYOND THE VOID – Enter a dark new universe, teeming with mystery and rife with conflict. Explore sprawling space stations and trading hubs. Engage your enemies in exhilarating zero-g dogfights among exploding stars, dying planets, atmospheric asteroid belts, glittering ice fields and strange planes of existence outside our own. Chorus balances the scale and spectacle of space exploration with frenetic, fast paced action.

ONE PILOT, ONE SHIP, ONE LIVING WEAPON – Attain powerful and distinct weapons and combat upgrades. Master your ship’s unique drift mechanic and intuitive abilities including extra-sensory perception, teleportation, and telekinesis to overcome massed hordes of enemies and take down titanic battleships. Chain your powers together to become the ultimate living weapon. Rise as one. Coming soon.”

Reading through the description it seems like your ship, the Forsaken, will be a focal point in the game. The ship is described as sentient (which gives off some HAL vibes) and you’ll have to “master your ship’s unique drift mechanic and intuitive abilities” which sounds like a rather complicated endeavour given you’ll also have to fight off resistance forces like the Circle.

We like the promise of being able to actually explore space rather than just fight in it, and forging a bond with your ship has a sort of poetic quality to it. As of right now, CHORUS isn’t scheduled to release until 2021 so there’s plenty of time to analyze the trailer and contemplate whether or not the game is something that interests you. For us, we’re very excited to see more.