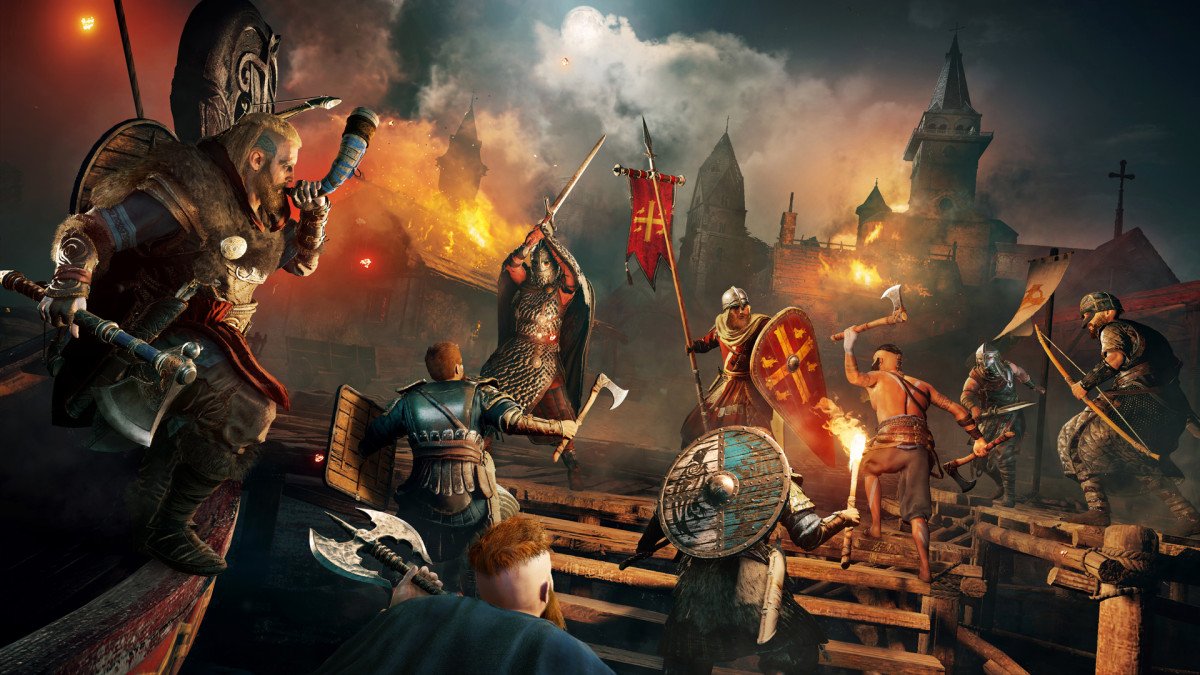 Vampire: The Masquerade - Bloodlines 2 invites you to dance on your grave on Xbox Series X.

Assassin's Creed Valhalla's gameplay trailer shows what you might expect the game to look like when it releases on Xbox Series X this holiday.

As Eivor, clan leader of a hungry horde of Vikings, you take your gang of raiders on incursions into enemy villages in England after leaving Norway in your Longship.

The Assassin's Creed Valhalla gameplay shows us starting one of those raids, knocking through the fortified gate and razing the village to the ground. Many of the details in the trailer show what you'll be able to customize on your version of Eivor, including his Viking tattoos.

The trailer shows off Assassin's Creed Valhalla's new dual-wielding combat system, with Eivor swinging a couple of battle axes around and even throwing them into his enemies, the soldiers of King Aelfred of Wessex. With twice the weapons you can do twice the damage, and it really shows with the brutality of some of these takedowns.

Assassin's Creed Valhalla will release on Xbox Series X with Smart Delivery, meaning you can buy it on Xbox One and automatically get an upgraded version when you finally get the next console generation. The Viking hordes will arrive this holiday, just as the Xbox Series X launches.