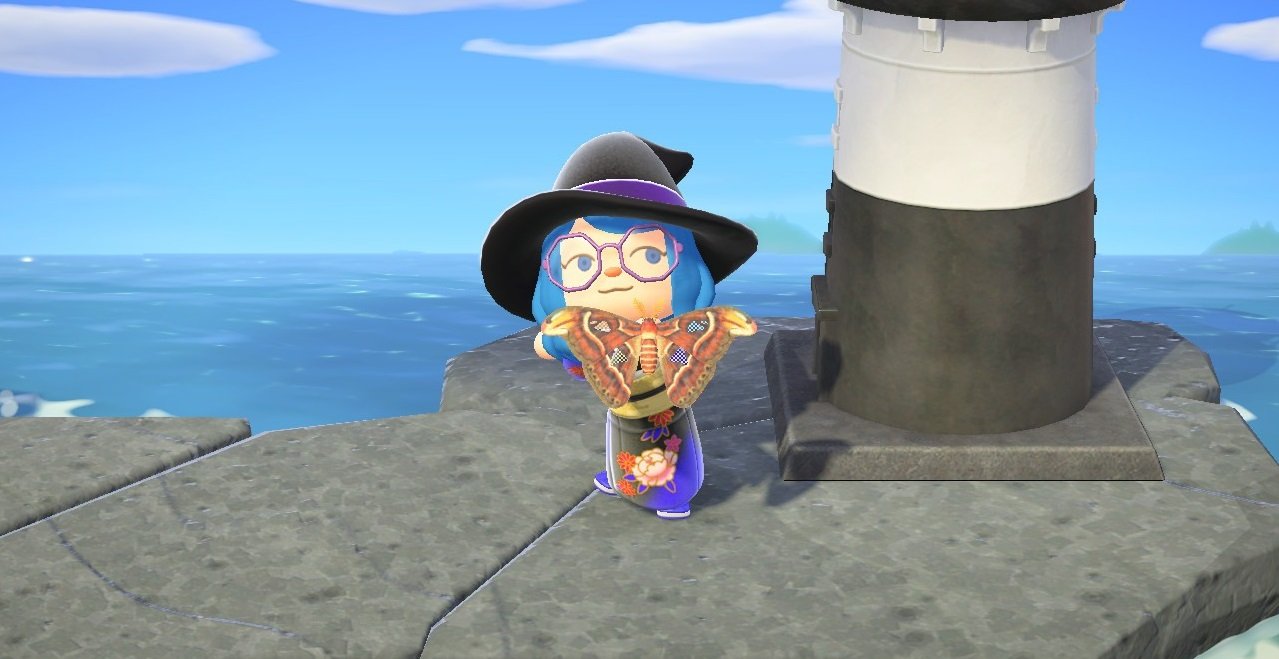 How to catch night bugs during the day in Animal Crossing: New Horizons

Animal Crossing: New Horizons is a game that’s full of surprises, including the unusual opportunity to catch night bugs in broad daylight apparently. If you want to see an Atlas Moth basking in the sun or a Scorpion slinking around in the afternoon, read on as we describe how we were able to catch night bugs during the day in Animal Crossing: New Horizons!

How to catch night bugs during the day in Animal Crossing: New Horizons

Spawn times in Animal Crossing: New Horizon are pretty rigid in that certain creatures will only spawn at certain times. For example, Atlas Moths, Scorpions, and Giant Water Bugs all spawn at night and not during the day. Thanks to a recent discovery, it seems like it’s possible to thwart this system and catch them during the day.

Last night, we flew to a Mystery Island to farm for Scorpions. In the middle of us chopping trees and breaking rocks, we started to feel unusually tired. Rather than save and exit the game, we put the Switch to sleep.

In the morning, we started the Switch back up thinking we could still collect a few resources and fish on the Mystery Island before flying back, but to our surprise we saw an Atlas Moth perched on a palm tree. Thinking it was a holdover from the previous night, we chopped the last few trees and fished for Red Snapper.

Apparently if you put your Switch to sleep at 2am while on a mystery island and start back up in the morning night bugs keep spawning. pic.twitter.com/Xfc01i7TDJ

Heading back towards the center of the island, we saw a few Giant Water Bugs swimming in the river. We found this strange given that Giant Water Bugs also spawn exclusively at night. However, everything hit home when we were able to catch a Scorpion in broad daylight. Somehow, some way, the Mystery Island’s spawns got stuck in night mode even though we started the game back up during the day.

It wasn’t just bug spawns that were affected as we were also able to catch aquatic creatures that only spawn at night like the Snapping Turtle during the day. Worried we wouldn’t be able to keep the night creatures we collected once we flew back, we readied ourselves and spoke to Wilbur and told him we were ready to go home November Oscar Whisker.

We were then greeted with an unusually long loading screen before Isabelle’s launched into her morning announcement. With the announcement over, we stepped out of our home rather than the Airport. Panicked, we checked our inventory and... success! All of the night bugs and fish we caught were safely tucked away and we were able to sell them at Nook’s Cranny without issue.

So, how exactly do you catch these night bugs during the day?

Based on our experience, you’ll first need to play late at night and fly off to a Mystery Island rather than staying on your own island. We put our Switch to sleep around 2 a.m. so technically it was already ‘today’ in terms of the Switch’s internal calendar date. You’re also going to want to put your Switch to sleep, not save and exit or you’ll start back on your island in the morning, not the Mystery Island.

After that, wait until morning to start your Switch back up and check your island to see if night bugs and fish are spawning. If they are, feel free to catch them and when your inventory is full, fly back home. You’ll have to sit through Isabelle’s morning announcement as usual, but after that, you can jog over to Nook’s Cranny and sell your Scorpions without issue. Cool, right?

Note that the night bug during the day spawn experience was due to a glitch that Nintendo will likely patch over later once they discover it exists. Until that patch happens, though, it really makes you feel like you’re in the Twilight Zone being able to catch night bugs like the Scorpion during the day in Animal Crossing: New Horizons.

I feel like I'm in the Twilight Zone right now. pic.twitter.com/GS1RkQJNVH

Now that you know how to catch night bugs and fish during the day in Animal Crossing: New Horizons, be sure to check out a few of our other guides including: