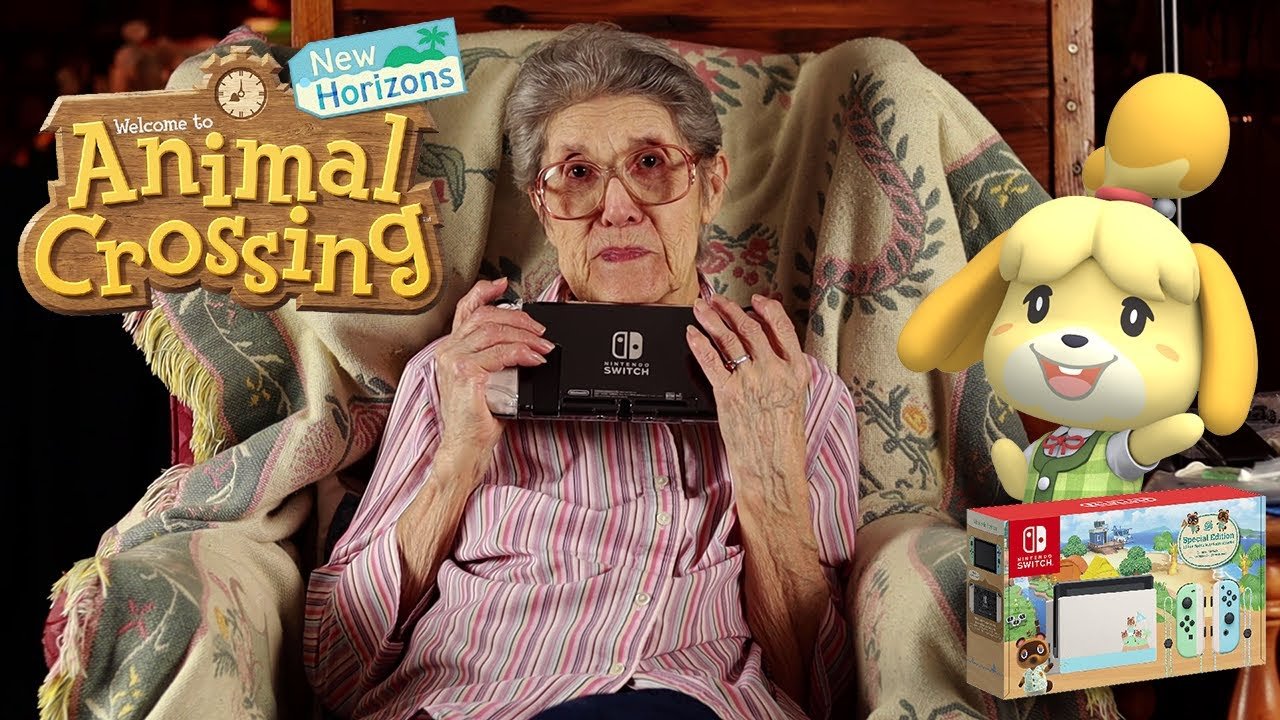 An 88-year-old grandmother has now started her Animal Crossing: New Horizons island after spending more than 3500 hours in her New Leaf town and becoming part of the series herself.

Paul Hubans' grandma, Audrey, answered questions asked by fans of her gaming exploits that came to light last year when her grandson showed everyone on YouTube her New Leaf magnum opus.

Paul, the indie developer of Madhouse and currently working on 50-in-1 collection UFO 50 with Spelunky developer Mossmouth, uploaded a video of his grandma playing with her at-the-time 3500+ hour Animal Crossing: New Leaf save file a year ago. In the video, which was viewed 11 million times, Audrey shows off all the cute rooms she had designed over four years of playing the game.

The video was shared by the entire gaming world, including Pewdiepie to his millions of viewers, and interviews on news sites like NBC and Vice. Enough to get noticed by Nintendo, leading to one of the most heart-warming additions to New Horizons.

One of the newest villager additions in this entry is named Audie, the same name Audrey gave her mayor in her New Leaf save file. Though Nintendo has not officially confirmed this link, Audrey does enjoy that she is now a part of the series she loves, and did want to boast of her inclusion to her daughter but couldn't get her to stay on the phone long enough. Poor Audie!

Pewds has since found Audie living on his island, a cosmic confluence too coincidental to ignore, as he was most responsible for everyone learning about this wholesome gaming grandma.

This timeline is something else. pic.twitter.com/uz6tscsHjM

Now, with a new Switch, courtesy of some kind contributors and some extremely cute wrapping paper, Audrey is embarking on a new journey along with the rest of us on Nook Inc's deserted island getaway package.

Audrey answers some fan questions before heading off to her new island home, letting us know her first villager, Filbert, is her favorite and she's looking forward to finding him again on her new island. She only started playing the series with the last entry, New Leaf, but with her extensive experience in that game she is already an expert on everything Animal Crossing.

You can see Audrey take her first steps into her new island life above, but she isn't quite ready to leave her New Leaf town behind just yet. She promises to spend her time playing both games. We wish her all the best in her new double life as mayor and resident representative!