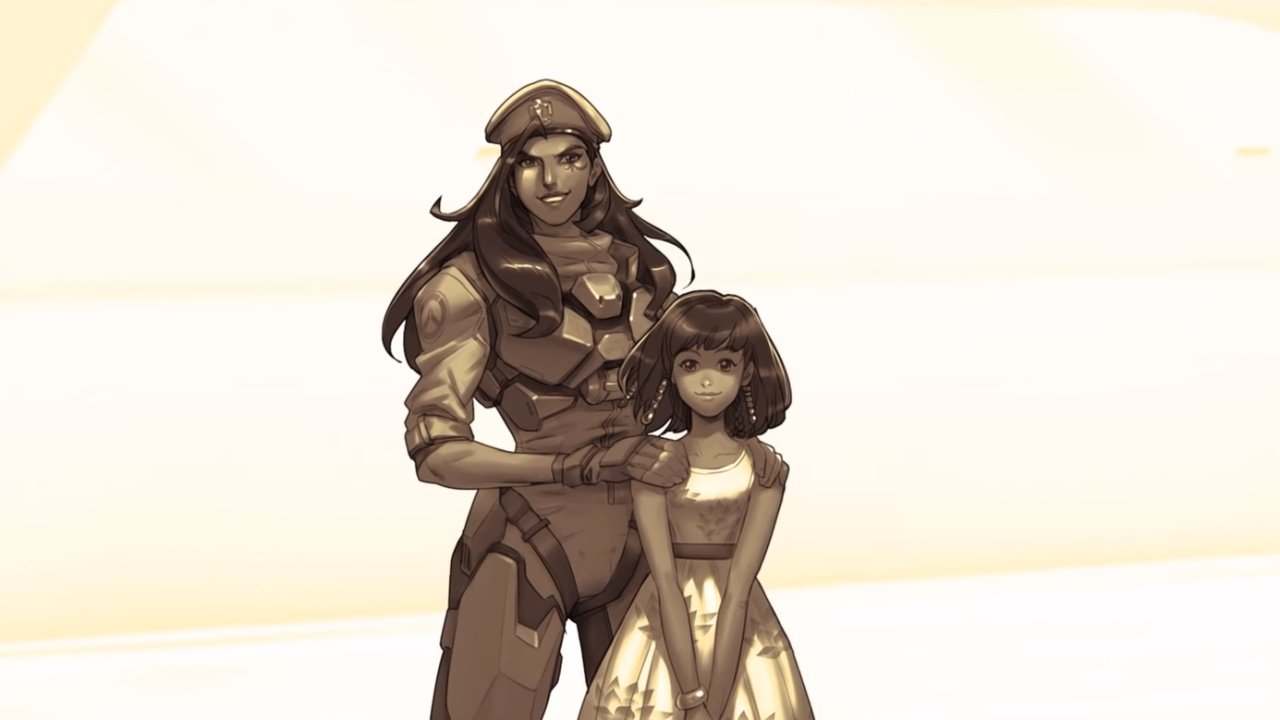 We’ve had a lot of sad dads in video games lately, which has only led us to wonder where all the melancholy moms are hiding? As it turns out, they’re far too busy being utter badasses to get all mopey around a kid or two. So in the spirit of Mother’s Day this week, join us in celebrating some of the coolest moms in video games, even if they may not necessarily be the best, well, moms.

Faking your own death to catch out an evil league of supervillains? That’s a certified badass mom move in our book, even if it isn’t likely to earn you many brownie points with your daughter. Still, Overwatch’s Ana Amari can’t have done too badly considering her child grew up to become a rocket-spewing master of the skies.

Serving as Overwatch’s top sniper for many years, Ana raised her daughter Fareeha (Pharah in-game) while still on the job, attempting to dissuade her from joining the military organization she herself excelled in. On her final mission, she was shot in the eye and presumed killed by her former friend Widowmaker, only to appear years later defending her home country of Egypt from sinister organization Talon.

Sure, she may have let Pharah think she was dead for an awkwardly, long time, but this old mom had important things to do and baddies to snipe! Best forgive her now before she lodges another sleep dart between your ribs.

Freya probably couldn’t be called a good mother, but she certainly makes an impact in 2018’s God of War. The separated wife of Odin, she cared so much about protecting her son Baldur that she crafted a spell to stop anything from hurting him. A lovely touch that unfortunately backfired, leaving him unable to die or feel anything at all. Well, not until Kratos and Atreus turn up, anyway.

Ignoring Baldur’s pleas and threats towards her, Freya is far from a perfect role model, but then again, the Norse gods rarely are. Despite her mistakes, she uses her mastery of magic to help Kratos and Atreus overcome their obstacles on multiple occasions, and clearly cared deeply for her son, even if it was in a horribly misguided way. She also lives under a giant tortoise; It’s not relevant to her capabilities as a mom, but we just thought you should know.

The characters of the Mario games rarely get much in the way of a history or past — they’re either there to jump on goomba heads or get jumped on, what more do you need to know? — but Super Mario Galaxy’s Rosalina is a rare exception. Relayed through short storybook entries, her tale explains that, after losing her own mother, Rosalina left her planet at a young age to help a Luma look for its lost mom among the stars.

Travelling through the black, the pair discovered an icy comet holding many tools. Here, Rosalina worked to construct a home for all the lost Lumas of the galaxy. Acting as their adoptive mother, she created a family to stop her and the Lumas from ever feeling lonely again. Rosalina also gets bonus points for somehow finding the time to be a stellar kart racer and tennis player as well as a great mom.

Grandma (The Legend of Zelda: The Wind Waker)

While not Link’s immediate mother, we had to give a shout out to the wonderfully supportive rock that is Grandma in The Legend of Zelda: The Wind Waker. Not only does she know Link is destined for big things — Grandma hands over the Hero’s Clothes at the start of his adventure — she’s always on hand to deliver a hearty supply of Elixir Soup, one of the best healing items in the game. Don’t forget to visit her between all those sailing trips and dungeon dives, yeah?

Morrigan is one of those rare characters who actually becomes a mom over the course of a game series. Sure, it may have been by harnessing the soul of a powerful Archdemon killed the day after a roll in the hay, but if that isn’t a story to embarrass your child with when they grow up then we don’t know what is.

In Dragon Age: Inquisition, Morrigan returns with her child Keiran, now grown up and more than a little unsettling. After he accidentally wanders into an Eluvian mirror, Morrigan enlists your help to set out after him, only to encounter her own unsettling mother/dragon/elven spirit Flemeth once more.

Suffice to say, Morrigan has a complicated relationship with motherhood but she’s doing her best. Plus she spends 90% of her time in Origins making a mockery of Alastair, which is quite alright in our books.

Undertale’s Toriel is perhaps the best of all the mothers to find their place on this list. Not only does she have a passion for serving up delicious pies and deliciously terrible puns, she takes you under her wing and does her best to instil the importance of talking things out rather than resorting to violence.

Not only is she a great parental figure, she also hasn’t forgotten her own dreams, aiming to become a teacher at a school. Depending on the path you take through the game, she’ll either secure a job at one or start her own. You live those dreams, Toriel!

Another adoptive mother, Yennefer gladly takes up the role of ward for Ciri, and spends The Witcher 3 desperately attempting to track down her missing child, rather than, say, running between towns and playing Gwent for several hundred hours like a certain white-haired witcher you may have heard of.

Yennefer is so committed to protecting Ciri that she even delves into the dark arts of necromancy, raising the corpse of a peasant to interrogate it for an uncomfortable length of time. Now that’s serious motherly devotion.

Not only the mother of Revolver Ocelot and therefore presumably responsible for his ‘pretty good’ shooting, The Boss also obtained the moniker of “The Mother of Special Forces”, making her both a biological and metaphorical mother. As if that wasn’t good enough, The Boss also invented Close Quarters Combat (CQC) with Big Boss in the Metal Gear universe (yes, really).

While she may have ended up playing the role of a villain — sort of, Metal Gear plots are confusing — The Boss was also the mentor to Big Boss/Naked Snake, and pivotal in the Allies’ victory during World War 2. She even gave birth during the war, but only after taking a shot to the gut first. Seriously, is there anything this lady can’t do? We’re not sure why everyone raves about Solid Snake when The Boss exists.

Thought of another cool video game mom that deserves a place on this list? Share it with us in the comments below!