Learn the best places to find Bamboo Shoots in Genshin Impact so you can cook up some tasty meals. 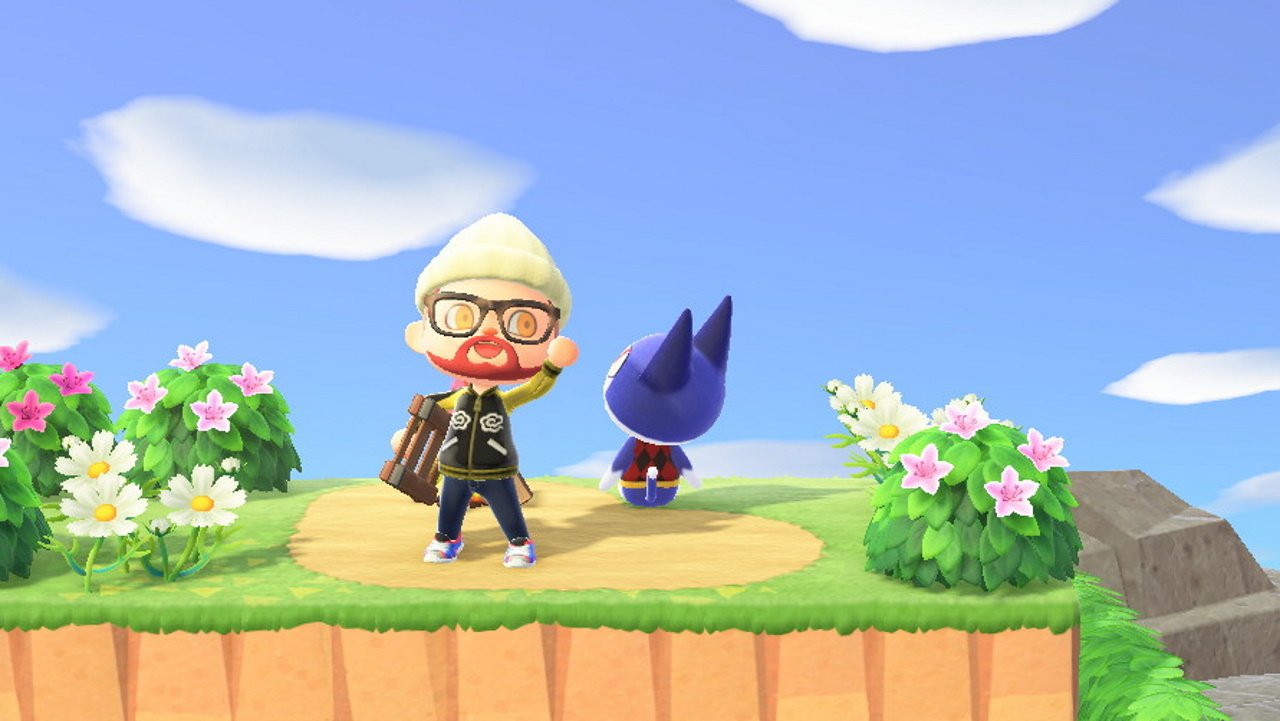 A new Henchman and interrogation device form the core of Evil Genius 2's The Cabal DLC.

May Day is live in Animal Crossing: New Horizons, with the main event being a maze where you can talk to Rover and collect some bonus Bell Vouchers. At first, the maze idea seems pretty straightforward in that you need to follow it through to the end. However, it’s a bit more complex than it seems. To help get you through it, we’ve put together a guide showing you how to solve the May Day maze in Animal Crossing: New Horizons!

How to solve May Day maze in Animal Crossing: New Horizons - 2021

It also features a dizzying maze that not only tasks you with navigating it correctly, but also picking up tools to help you along the way as you’re forced to leave all your items behind when you use your May Day Ticket. The 2021 May Day maze for Animal Crossing: New Horizons is a fiendishly tough one, but we'll guide you through it step by step.

Start by grabbing the shovel and using it to dig up the bush on the right. Grab the fruit inside and eat it. Now you can dig up the tree to enter the maze.

Eat one peach and use your shovel to mash the rock on the path next to you. Walk up and around until you reach the patch with two pieces of softwood. Pick these up. Eat your final fruit piece and dig up the tree to your left, filling in the hole afterwards. Head down and hop over the hole to grab two more pieces of fruit.

Next, loop all the way back on the path you came from, following it the full distance to the right side of that initial junction. Eat one of your fruit pieces to break the rock below you and access another piece of fruit. Eat another piece of fruit and dig up the tree in the bottom left of the space. Collect the two pieces of hardwood on the other side. Hop up over the hole to reach the tree above. Eat another fruit piece and dig up the tree.

In this new area, head up and to the right to collect the peach and two pieces of wood on the upper horizontal paths. Then, head back down and jump over the bottom hole to collect a softwood piece. You now need to head backwards and return all the way back to the left side of the maze, where a toolbox is sitting on top of a raised patch of ground. Follow the loop around this until you can head up and hop over the hole to the area with the workbench.

Eat a piece of fruit and break the stone ahead of you to collect the two pieces of hardwood behind it. You now have all the resources you need to craft the ladder, so walk to the workbench and craft it. Head back down, hop over the hole and climb up on top of the raised land to grab the Worn Axe. Climb down the opposite side and follow the path back to the right side of the maze.

Take the bottom of the three horizontal paths such that you can loop around and jump up over all three holes. Eat one fruit and dig up the tree here. Fill in the hole and you’ll be able to exit the maze and reach Rover, who’s waiting atop a raised spot of land. Make sure you speak with Rover and he'll let you know that he'll send a letter your way soon. Don’t stop here though, as you’re not quite done!

Climb up Rover’s platform, then climb down to the left. Dig up the bush here and fill in the hole to grab yourself four Bell Vouchers. Exit to the top and turn left until you reach a rock. Eat one fruit and smash the rock to grab two more fruit.

Continue around the outside of the maze to the left, walking down until you reach the three rocks in a row. Eat your remaining three fruit and smash all the rocks to collect five more Bell Vouchers.

Congratulations! You’ve now completed the Animal Crossing: New Horizons May Day Maze for 2021! Make sure you spoke with Rover before you head around the outside of the maze to fly back home! Had any trouble following the images above? Check out the video guide below by our friends at SuperParent!

First thing’s first, when you land on the island you’ll be able to grab a shovel off the ground.

To your left, use the shovel to dig up a bush, then grab the single piece of fruit. Eat the fruit, then use your shovel to dig up the tree blocking the path. Note that before you dig up or chop down trees, you should shake them for additional twigs as resources.

Keep going after digging up the tree and on the ground, you’ll encounter small square holes.

Keep moving forward and you can hop over these holes. Head straight, then at the wooden arrow sign, make a right. Pick up the three pieces of wood, head down and to the left, and jump over the holes again.

Head back up straight, then make a left near the row of three trees. Hop over the hole and keep going left, then go down and pick up the twig on the ground and head down.

When you come to another hole, make a right and then keep heading right to jump over another hole. From here, you can jump over the three holes that lead towards additional resources including twigs and rocks and an axe.

With this axe, you’ll be able to head back to the left and chop down the tree that leads to two more pieces of fruit.

Again, shake the tree for twigs before you chop it. Also note that when you chop down this tree, your axe will break. To save your shovel, you can sit on the tree stump and spin around to the other side, then do the same coming back.

With the fruit you’ve picked up, you can head back to the right and eat a piece of fruit to break the rock with your shovel.

Past this rock, you’ll find twigs and two DIY recipes. Eat another piece of fruit to dig up the tree blocking the way to the crafting table. Before you begin crafting you’ll need iron.

Eat a piece of fruit so that you can break this rock and access the iron on the other side.

With your iron, head over to the crafting table and craft yourself a new axe by first crafting a flimsy axe, then going back in and crafting the full axe.

With your axe, head back up and to the left and chop down the tree that blocks the way to a twig and two more pieces of fruit.

You can also head back down and to the left by the three holes (jumping down over the leftmost hole and heading left) to chop the tree that blocks the way to the last piece of fruit.

After that, you’re all set to chop down the set of three trees blocking the way to Rover. Chop down these three trees, but DON’T use up your pieces of fruit!

Speak to Rover and he’ll give you a reward for making it to the goal, the reward is Rover’s briefcase. After collecting this, near Rover, you can use your shovel to dig up the bush that blocks the way to four Bell Vouchers.

You can also dig up the two bushes on the left side of the tree that block the way straight and to the left that leads down to the beach.

On the beach, use your three saved pieces of fruit to block the three rocks blocking the way to five additional Bell Vouchers. Once you’ve collected the five remaining Bell Vouchers, you can dig up the bushes to your right that lead back to the plane.

There’s nothing left for you to gather on the island, so speak with Wilbur and confirm you want to go home.

Your Bell Vouchers and your prize will be delivered to you, so don’t worry about losing them, you won’t. Head back to your home and check your mailbox. Inside, you’ll see two letters from Dodo Airlines.

Open these up, and you’ll receive your Bell Vouchers and your prize (Rover’s briefcase) to use however you like!

If the images and directions aren't easy enough to follow, we'll also be posting a video showing you where to go and what to do in the May Day Maze in Animal Crossing New Horizons, so stay tuned!

Until then, what did you think of the May Day Maze? Were you happy with the prizes including Bell Vouchers and Rover's briefcase? Let us know down in the comments below!

Now that you know how to solve the May Day Maze in Animal Crossing: New Horizons, be sure to check out some of our other helpful articles including: