The April 30 Valorant patch notes detail a hotfix for bugs, exploits, and that pesky headshot noise. 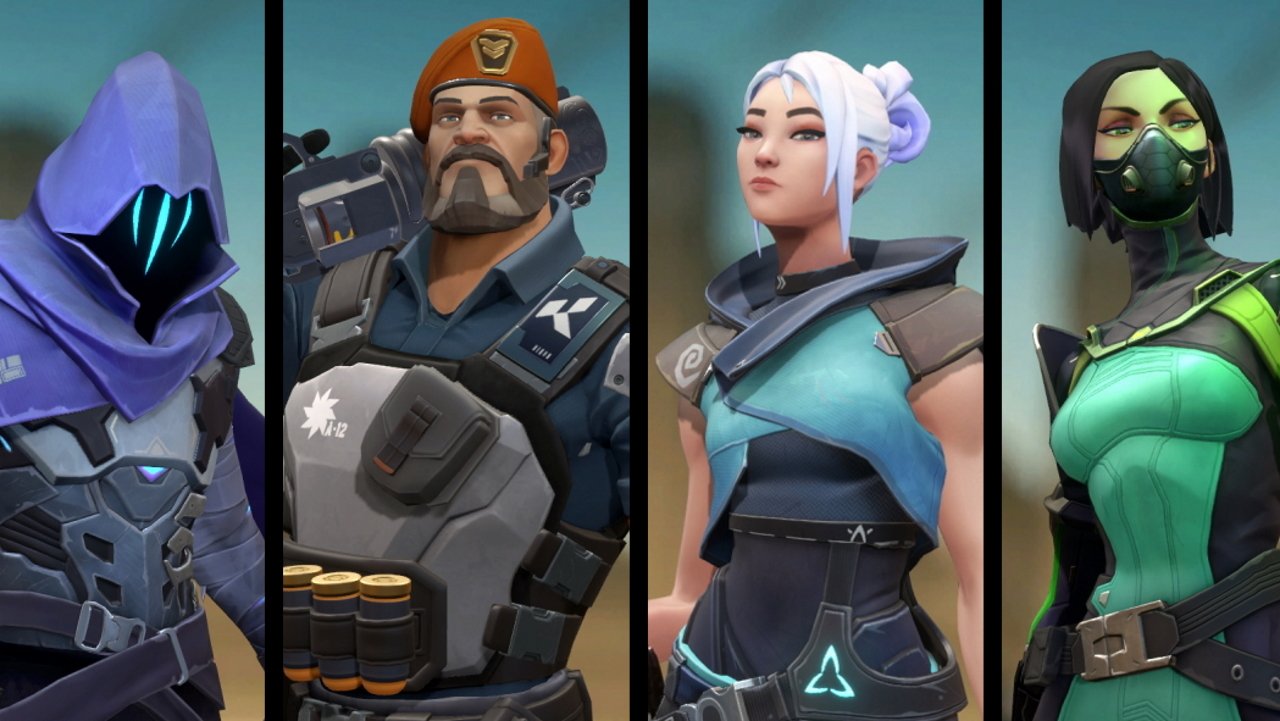 The questions you've been axing about the next Assassin's Creed game have finally been answered. With more axes.

Valorant isn’t your usual class-based shooter. On the servers of Riot Game’s new FPS, aim and tactics are paramount. That said, with a list of Agents to pick from and unlock, some were always going to be more useful than others. Which agent is best for you will depend on your usual role in game, but while most can be swapped, others are essential on every team. Want to know how useful each one is? Let’s dive right in and look over our Valorant Agent tier list.

Valorant’s full cast is extremely closely balanced, largely because gunplay is paramount. Abilities are largely there for utility and enabling entry kills, rather than dealing direct damage. We’ve ordered this list by how essential each agent is on a team, as well as how their utility stacks up against others. We’ll explain the ranking underneath to give you an understanding of our logic.

NB - Valorant is currently in closed beta and is receiving regular updates to fix exploits and balance the Agents. To that end, expect this Valorant tier list to change over time as characters get changed.

The best characters in Valorant

Right now, the best character in Valorant is definitely Sage. Expect to see her fill a spot on almost every team you face, and have a guaranteed choice on competitive rosters. Sage is the only character capable of healing teammates, and is also a phenomenal defensive pick thanks to her ice wall and slow orbs. Healing gives you a massive advantage over the enemy team, and whether you’re protecting a site or the planted spike, her ice walls and slows allow her to delay the enemy long enough to pull support or run down the clock.

Brimstone is another near-essential pick thanks to his incredibly powerful Sky Smokes and Orbital Strike. Being able to block off three areas for extended periods of time, or deny vision repeatedly inn the same chokepoint, he’s incredibly powerful for enabling site attacks, or shutting down entries. Some teams will swap Brimstone out for another Control character like Viper or even Omen, but he’s typically the go-to choice.

Breach is another brilliant character that’s verging on an essential pick. He’s certainly not for the newbies of the game, but his ability to deliver flashes, stuns and slows through walls and across the map make him incredibly powerful and capable of holding sites solo when played well, or of clearing them with his ult. From there one, every team should include at least one intel character like Sova and Cypher. They combine brilliantly with Brimstone’s smokes, and get help you secure kills with advance knowledge. Cypher is the more popular pick right now, but Sova works just as well in the right hands. Raze also joins the list here are a powerful area denier, though she lost some power in her last balance change.

Phoenix, Omen and Viper are all great characters, and ones you’ll see swapped into competent teams regularly. The former is a brilliant entry fragger, with flashes and an amazing ult, while Omen and Viper use smokes and toxin walls to control entry points and spike plant zones in more niche scenarios than Brimstone.

Finally, that leaves Jett. The nimble duelist is by no means a bad character, and played by a skilled shooter against lower level teams she’ll dominate, zipping around the map and racking up frags. However, against a coordinated side, her utility proves lacking compared to other Agents. Her smokes are extremely short lived, and her movement options leave her vulnerable for a fraction too long afterwards. Skilled players will have more than enough time to spin and gun down a Jett who dashes past them, long before she re-equips her weapon. Not bad, but lacking compared to some other options.

So there you have it, our complete Valorant tier list. If we’re being honest, we’re not really sure Valorant benefits from a tier list style approach. Some Agents are essential, but that doesn’t mean they’ll mean you can outshoot a more skilled opponent. Stick to the style you’re most comfortable with, rather than forcing yourself to pick the ‘best’. Let us know your thoughts on this Valorant tier list in the comments below. Head over to our game hub by clicking here for more news, tips and tricks.