Help! Tom Nook and his crew have taken command of all our favorite TikToks from April! 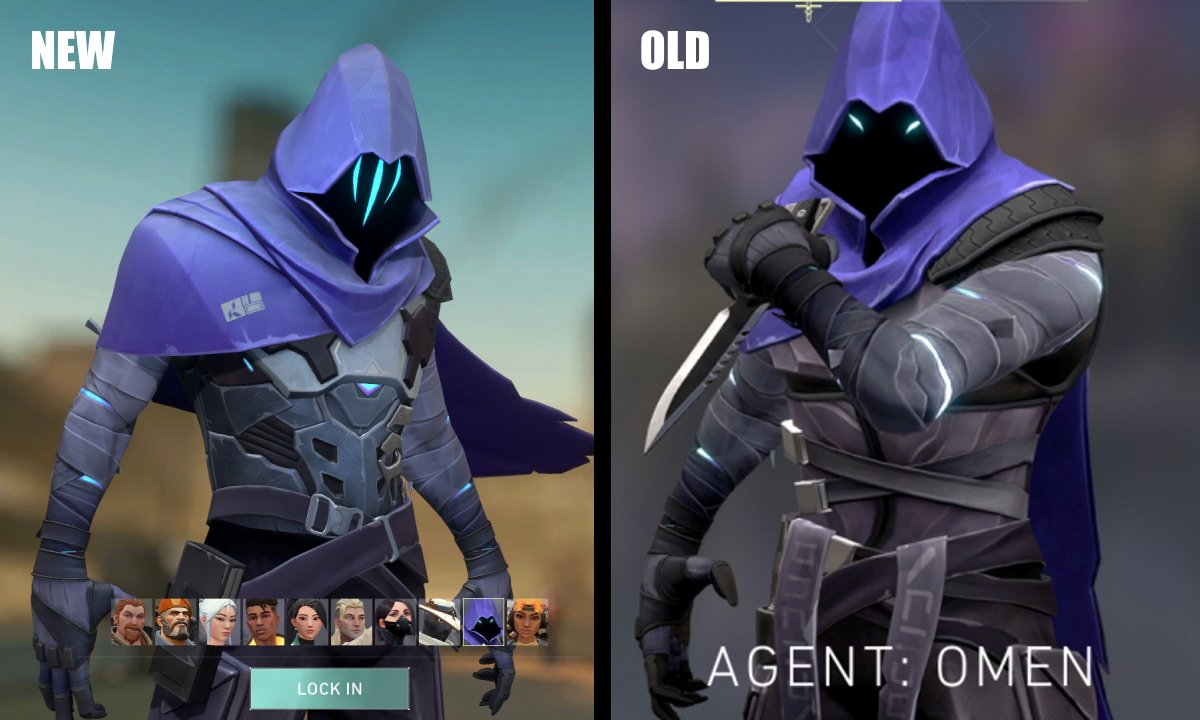 The April 30 Valorant patch notes detail a hotfix for bugs, exploits, and that pesky headshot noise.

Valorant’s latest patch introduces some interesting balance changes to a couple of Agents in the game — read the full notes by clicking here — as well as shoring up a few exploits or bugs. But while those changes are nice, they actually hide some of the more interesting adjustments made in the patch, including an overhaul of the character models for most of the cast of agents.

The official patch notes include a small nod towards changes on a couple of characters, namely Omen and Breach:

It’s true that these two have changed quite a bit, here’s a before and after comparison for both:

Breach has gone and got himself some shiny new arm upgrades, while Omen appears to have secured himself a sponsorship deal with Monster Energy judging by those face marks. While they are the only two listed, many of the other characters have had slight tweaks or touchups as well.

Brimstone is looking mighty chuffed with the new effects on his armor, and is that a new shirt?

Jett’s changes are even more subtle, but she’s sporting a bit more detail on her hood, shoulder pads and across the rest of her getup.

Finally, Viper has had the most minor of changes to her color pattern and expression.

Interestingly, the models haven’t been updated throughout the game’s menus yet. You’ll still find the old versions in the collections menu and in character icons. This is a beta, after all, so we expect to see Riot play around with the models for quite a while.

Are you a fan of the updated character models? Indifferent? Let us know what you think in the comments below. It’s not just the characters who’ve had subtle tweaks though. Several of the maps have also had changes to the colors of objects and items, as well as introducing a few new details to stop particularly one-sided viewpoints. If you’re interested to see them all, Reddit user Fer0xx catalogued the bulk of the changes in a handy image gallery you can find by clicking here.

And there you have it, all the update character models for the Valorant agents!