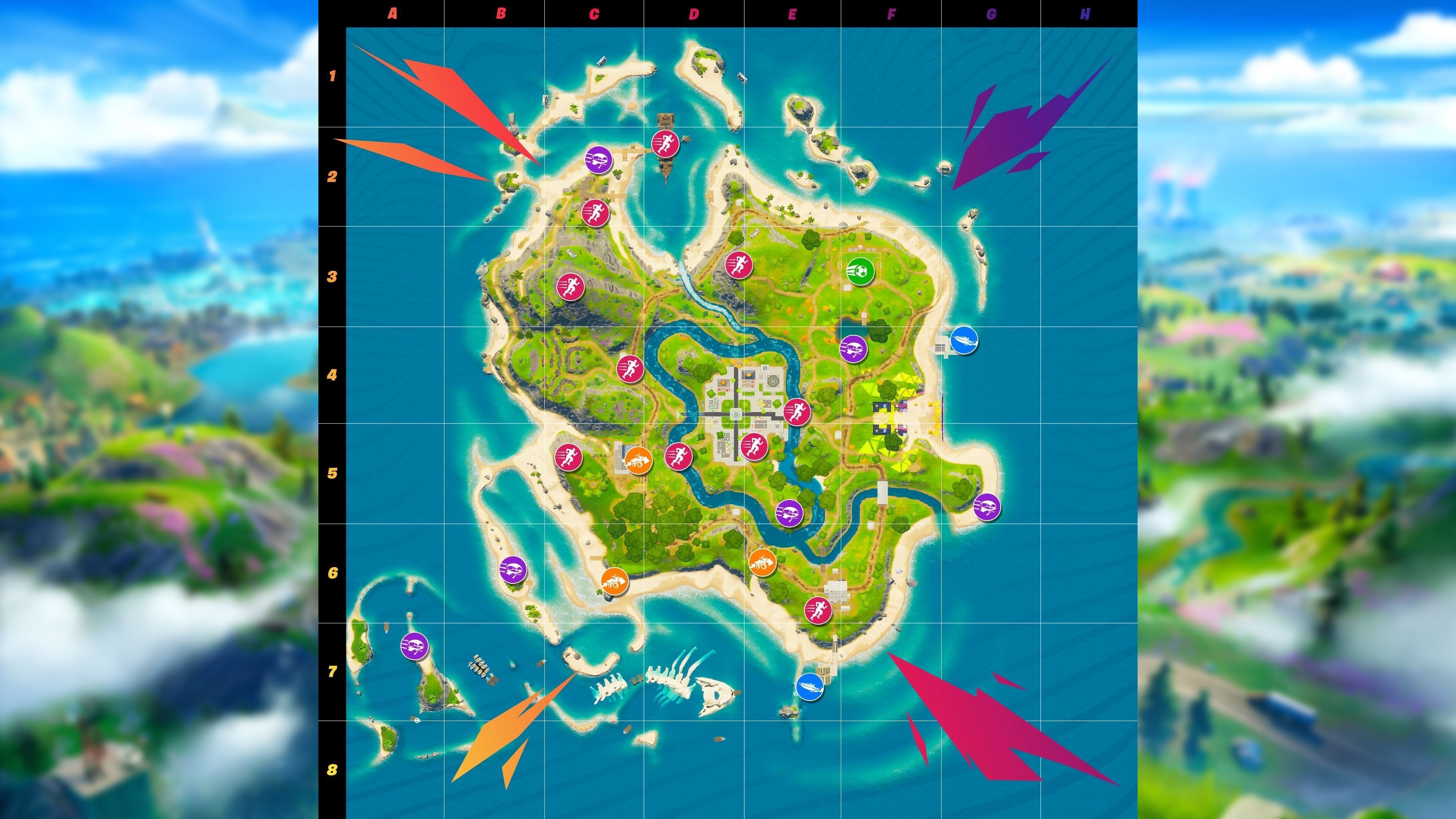 Games for Carers and Keymailer are getting thousands of games to NHS workers keeping Britain safe from coronavirus.

A new Fortnite map leak has revealed an island intended to be used as a social hub for a new game mode without combat.

The new island, codenamed Papaya, appears to have several activity icons dotted around it where groups of players can take part in races (both on foot and in vehicles such as the Quadcrasher) as well as glider challenges, soccer, and other sports activities.

The new Fortnite map itself looks slightly smaller than the usual Battle Royale map, with a central plaza where there are supposedly phonebooths to change skins mid-match, and a Devourer skeleton hanging out just offshore beyond a lagoon.

Details of the new Fortnite map appeared through dataminers such as VastBlastt and ShiinaBR as people begain digging through the files included in the latest v12.50 update.

A non-combat game mode, rumored to be called Party Royale, is intended to gather players on the map to serve as a hangout space while people build or take part in challenges and activities. A leaked flavor text for the game mode reads: "Welcome to the Party! Leave your weapons and mats behind and hang out with friends, play games, perfect your skydive and more. The party's just getting started!"

Plenty of Fortnite's players use the game to hang out with friends, and with coronavirus quarantines putting plenty of kids at home without the usual social spaces to meet their peers this seems to be the perfect solution. Alongside the original Save The World game mode and the Creative game mode added at the end of 2018, there are now plenty of ways to play Fortnite that aren't battles to the death.

As these details have only just been dug out of the game's files, don't expect the new Fortnite map and Party Royale mode to be added this week, but do reach a sensible level of hype to explore it with your friends soon.