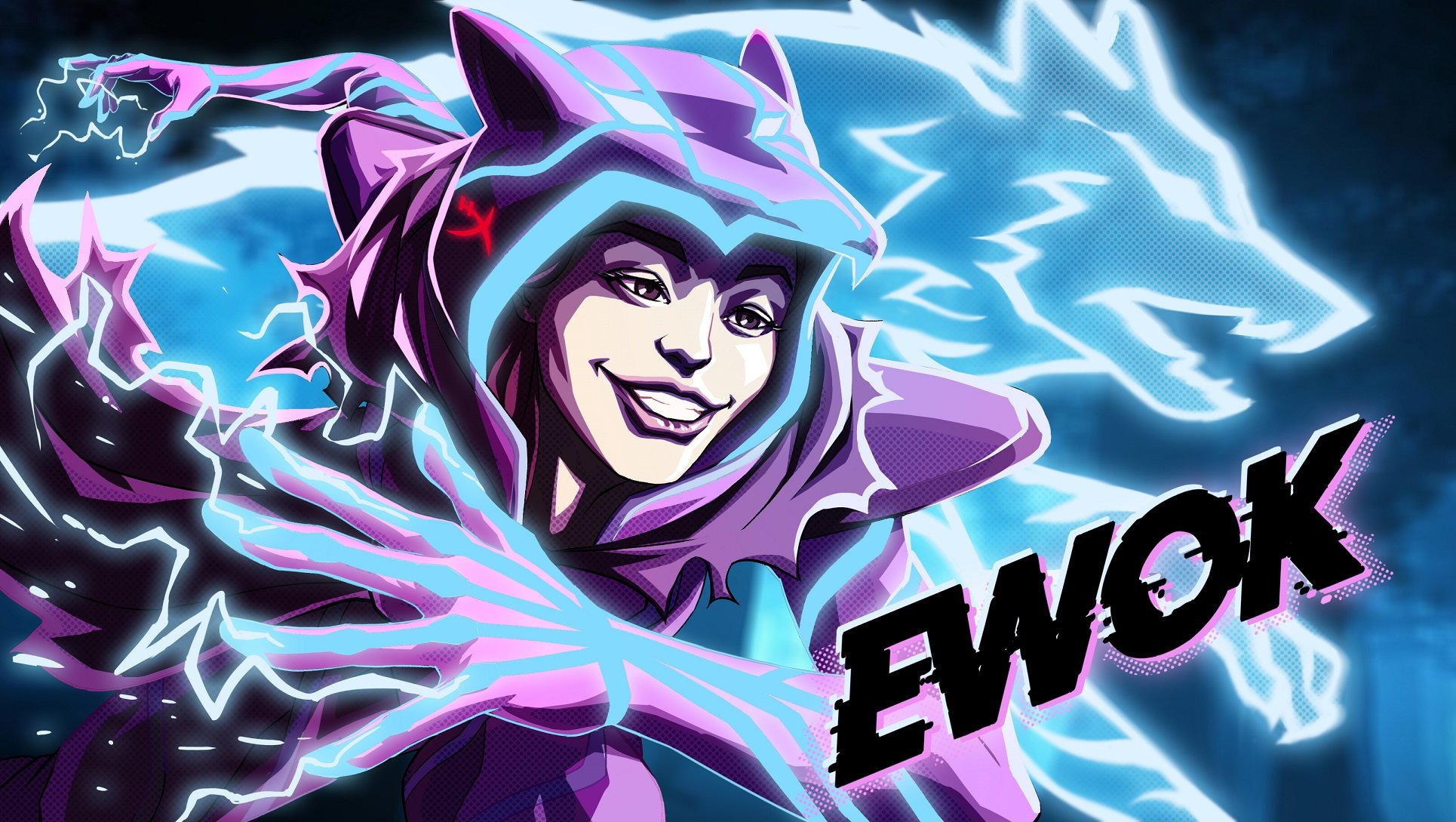 Soleil "Ewok" Wheeler has joined the illustrious roster of HyperX Heroes as an ambassador of all things good in gaming. The 14-year-old Fortnite pro tells us what it's like to play games as a deaf person, and what it means to have the support of major gaming organizations like HyperX.

The appointment of Ewok as a HyperX hero today is just the latest wave in the tidal swell of her streaming career so far. After rising to prominence through incredibly skillful Fortnite plays that eventually saw her teaming up with Ninja last year, Ewok has become a role model to many girls despite her young age.

Usually we surprise our new members, but tonight we got surprised with the best news.

Join us in welcoming the first girl EVER to join FaZe Clan: @EwokIts #FaZeUp pic.twitter.com/Q1Rr1UZ5c8

In July last year, Ewok made history as the first female gamer signed to infamous outfit Faze Clan. She would also have been the youngest player signed to the clan, if it weren't for 11-year-old H1ghsky1 joining just three months previously. Regardless, the move was still a huge pivot point in Ewok's life, so huge that it wasn't immediately apparent for both her and her friends.

"They are pleasantly surprised and some are shocked. It didn't really sink in for them and it didn't for me either till I started doing stuff with FaZe and using their merch. It was awesome to see their reactions and getting their support. It was overwhelming. To this day, I still wear FaZe gaming uniform and turn on my FaZe neon light on the wall in my studio."

For her latest conquest in gaming sponsorship, Ewok is looking forward to the opportunities being a HyperX ambassador brings to her streaming schedule. "I would love to collab with other ambassadors of HyperX," she says, referring to superstars of sport and the stage like Post Malone, JuJu Smith-Schuster, Gordon Hayward and Joel Embiid, as well as other gamers and streamers like Pokimane, Daigo and Dele.

But also, on a more personal note, she was most excited about the admittedly cool makeover in her HyperX Hero illustration: "I look forward to the animation because I've always loved anime and I draw almost everyday. HyperX's motto 'We're All Gamers' is something that makes HyperX more player friendly, so as a player, it feels more personal to me. HyperX is one of the first companies to offer sponsorship before I joined FaZe so it feels nice to have that loyalty."

Now that she has the backing of yet another monster in the gaming scene, Ewok is already looking ahead to spreading her boundless positivity to others as a HyperX Hero. "I would love to continue growing my fanbase and inspire people everyday," she says. "Keep grinding and moving forward. I look forward to representing the innovation of HyperX such as new projects, new products, and sharing my message on their platform."

Ewok's message of success from conquering adversity is best demonstrated through her phenomenal domination in Fortnite. Without the crucial sense of hearing, and the situational awareness it brings with it, you'd be forgiven for thinking it would be impossible to make it through to the final circle of a battle royale. But with some helpful accessibility tools, Ewok isn't just making it, she's styling out the wins.

"I have a sound visualizer that shows me where sounds come from, but only in Fortnite right now I can see the difference between footsteps, gunfire, building, chests, boats, helicopters, and gliding," Ewok explains. "Other games only have gunfire indicators and most of them don't show unless you get hit first." You can see the visualizer ring (around the crosshair) Epic added to Fortnite in 2018 in this footage of Ewok absolutely crushing some buildfights against other players with inhuman speed.

Fast-paced games like Fortnite require lots of communication in teams as well, but sometimes the in-built ping system isn't quite enough. "In Fortnite, it has a pinging system where we can ping different items, locations, and even warn teammates where enemies are spotted," Ewok says. "Also, I use Discord chat and video chat to communicate with my teammates. Sometimes in the game I would shake myself "no" if my teammate was giving me something or doing something that I didn't want. It takes practice to know each other's antics!"

Even though games like Warzone and Apex Legends also feature comprehensive ping menus, they aren't quite enough to let her play comfortably. "I haven't really played games like these due to the lack of sound visualizer," Ewok says. "I can't see sounds that would be critical to success in these games. It would be useful if other games included ping options, but especially sound visualizer where I can see different sounds including footsteps, vehicles, things like that."

Developers like Epic Games are beginning to add many more accesibility options to their games to help players like Ewok enjoy the experience, but there's still a long way to go. On top of adding sound visualizer support, there are plenty of quality of life changes Ewok would love to see to save her hours of frustration.

"I would love for games to have customizable commands like splitting mats [materials for building, like wood and metal] rather than scrolling through emotes or a menu of commands," she says. A sentiment that anyone who has struggled to drop their friends ammo in the middle of a firefight will understand.

"In-game chats would help but there are none in Fortnite except in the lobby. Ideally I would like to have video chat as a part of the game interface that would be really cool. Right now we do overlays with facecams on stream, and we do video chat on other programs or devices."

As for how team comms work for deaf gamers, it's not all Navy Seal hand signals and furious pointing. American Sign Language (ASL) also features those all important slang words gamers couldn't get by without, like noob and pwn. "Some of them already have signs that mean the same but many of these we do spell it out, like P-O-G and K-A-P-P-A in the ASL alphabet."

Using that info and the below, you can teach yourself how to shout POGGERS the next time you tune into an Ewok stream and she's stomping the server.

If you want to tune in to catch Ewok winning a few rounds, you can find her streaming on Mixer or uploading the cream of the crop of her Fortnite victories to YouTube. Welcome to the HyperX family, Ewok! Looking forward to seeing you bring home those Ws!