TLOU2 releases June 19 and Ghost of Tsushima follows shortly after on July 17. 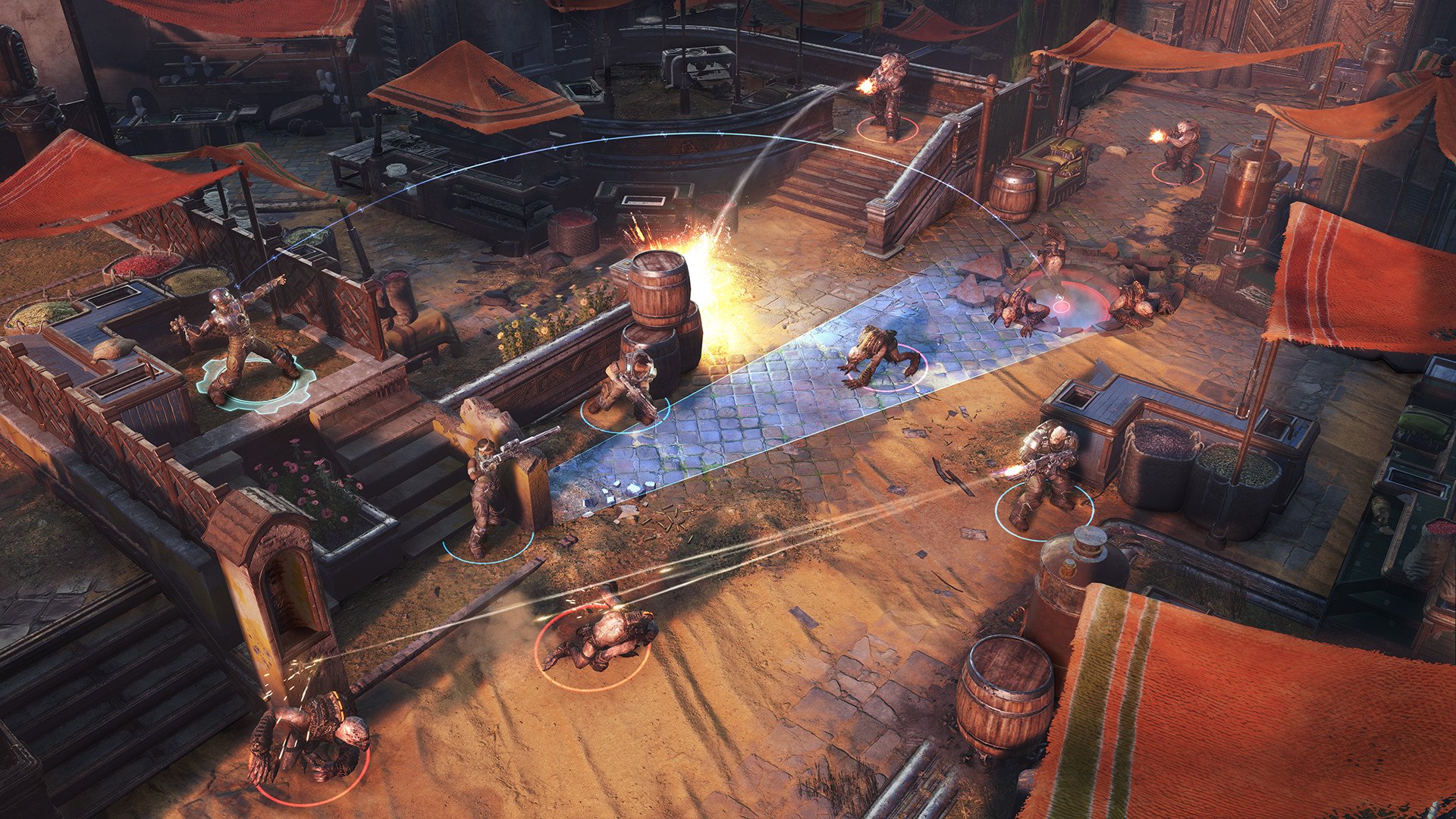 Can you change the difficulty in Gears Tactics?

Find out whether you can adjust the difficulty settings in Gears Tactics.

With the release of Gears Tactics on April 28 comes questions like whether it’s worth a purchase and how long it’ll take you to beat. Deviating from the traditional “Gears” formula, Gears Tactics slows things down and puts the focus on strategy over first-person shooting. While it sounds like it’d be a shorter game, it’s actually surprisingly meaty. To elaborate further, we’ve put together a quick guide explaining how long it’ll take you to beat Gears Tactics.

The quick answer to the question of how long it’ll take you to beat Gears Tactics is approximately 25 hours. Depending on how you play and the difficulty level you select, you could push that completion time up to around 30 hours. As stated above, Gears Tactics is much longer than it seems. In contrast, Gears of War 5 could be beaten anywhere between 10 to 15 hours.

The length of Gears Tactics makes sense though given the game’s focus on strategy over fast-paced shooting. Gears Tactics is comprised of missions with turn-based combat, and a story campaign set 12 years before the events in the first Gears of War game.

If you’re a fan of turn-based tactics games with a little violence and gore thrown in for good measure, you’ll likely enjoy the amount of time you sink into Gears Tactics. As added incentive for beating the game, there’s a “New Game Plus” of sorts in that you’ll unlock a new Veteran mode to go back and play around with.

There’s even more content in Veteran mode including side-missions and ways to unlock new pieces of weapon and armor to continue customizing your squad to your liking. If you become absolutely obsessed with Gears Tactics, it’s nice to know you can continue playing the game long after you beat the campaign. It’s totally optional, though.

To recap, the main campaign will take you anywhere between 25 and 30 hours to complete.

Now that you know how long it’ll take you to beat Gears Tactics, we’re eager to hear what you think of the game. Are you happy to have more Gears content, albeit in a different genre? How do you think it holds up in comparison to other turn-based tactics games? Let us know down in the comments below!