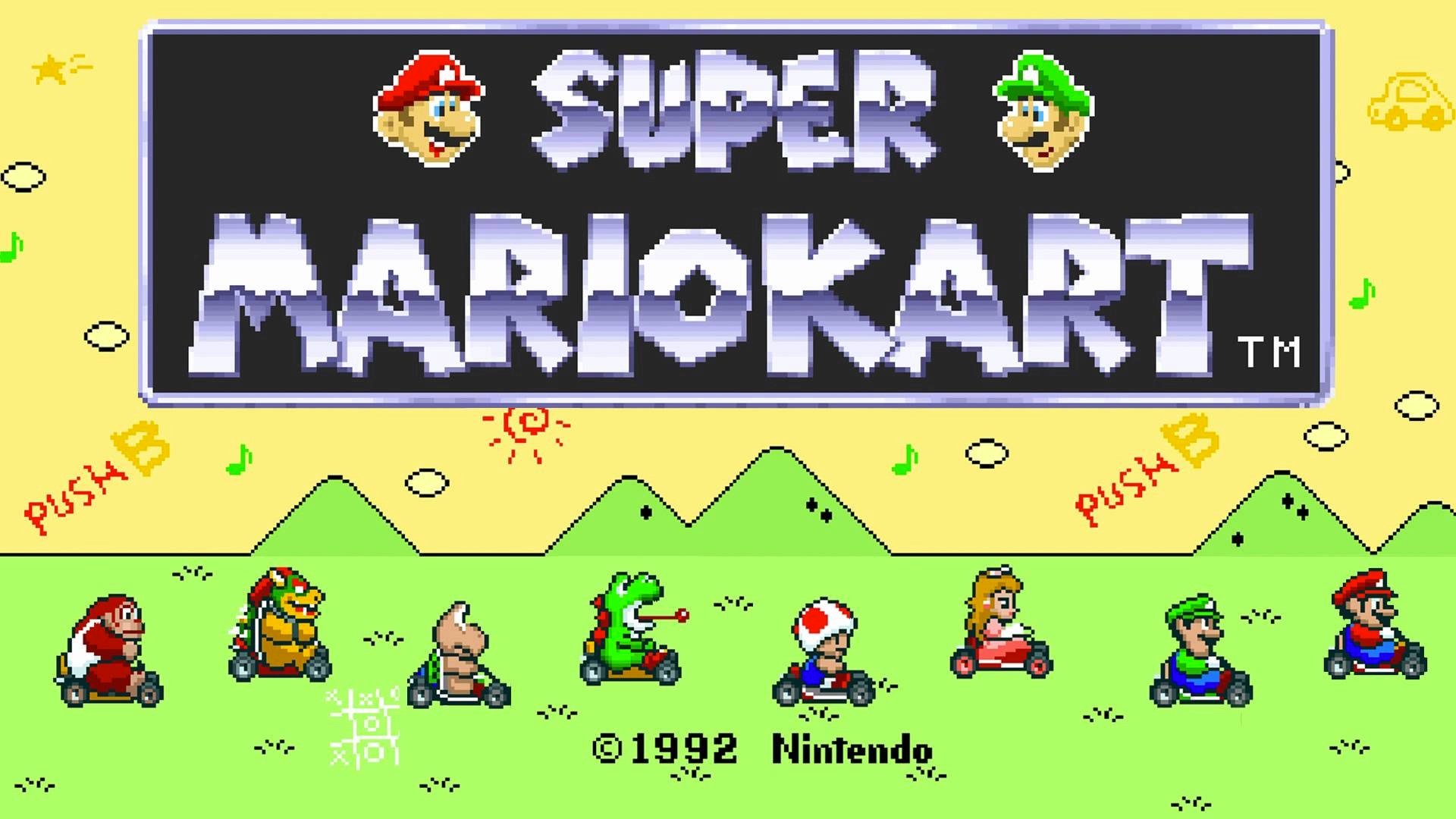 The last time we took a look back at Super Mario Kart - a long time ago on a website far, far away - we knew we were addressing an audience of people who had also grown up with it. But Nintendo's original kart racer clocked up its 25th birthday at the start of the month, meaning that a lot of the people we're speaking to today have never actually played it. This makes us feel old, but it's also an awesome opportunity, because Super Mario Kart remains one of the best 16-bit games ever made, and if you're only used to the more recent instalments, then this will feel like a very different experience.

The first thing that hits you is the difficulty level relative to the modern games. Contemporary Mario Kart plays out on broad tracks with copious tarmac, and power-sliding carries you on a steady and predictable curve that you can modify with little tweaks left or right. Super Mario Kart's tracks, however, are tight, corkscrewing affairs and power-sliding is brutally fast.

Both things prove extremely unforgiving. Hopping and turning to jump into a slide is like being launched sideways out of a cannon, and hauling your kart between pipes placed in your path and the jutting teeth of jagged walls nearby requires patience and practice. If you fail to thread the needle and let one of your wheels slip onto the dirt beyond the track's edge, you'll not only lose speed but probably slide off course as well. Simply easing off the accelerator to go round corners is often more reliable, which feels like sacrilege - even though this game is essentially the Old Testament.

Once you get the hang of it though, Super Mario Kart feels more rewarding than modern instalments - even the utterly fantastic Mario Kart 8 Deluxe on Nintendo Switch. The skill ceiling is higher and there are fewer crutches - there's no blue shell in this game, for instance - so pouring hours into mastering every turn until you can run rings around Princess Peach, Donkey Kong Jr and the rest of the small cast is steadily rewarding. By the time you're good enough to make it round the toughest courses on the unlockable 150cc mode without faltering, you'll be so zoned in that you'll barely notice the outside world.

Where it all began

Of course, the tracks you'll be racing around are the very first Mario Kart tracks ever made. Some of them still rank among the best in the series. The very first Mario Circuit, with its five simple turns and one possible shortcut, is an iconic lap, and upon revisiting the game it was hard to resist the urge to just sit in Time Trial mode trying to improve on records we somehow set over two decades ago.

Ghost Valley, Bowser Castle, Donut Plains, even Rainbow Road - they all got their break in Super Mario Kart, and the original track designs and accompanying audio were so good they continue to inspire the series' new generation of designers to this day. Shorter circuits meant that Nintendo favored five laps per race (and five races per cup), but whereas modern incarnations are much lengthier and more detailed, these more elemental layouts pack just as much character.

The iteration of each archetype is a lesson in Nintendo design too - the first Donut Plains catches you out with its slidey surface and brutal grass verges, and then Donut Plains 2 throws in jumping gophers and more dangerous water hazards. Likewise, Bowser Castle gives you Thwomps to dodge amidst walled-off lava, then Bowser Castle 2 removes some of the walls as well. (It even includes a wrong turn that sends you straight into the red stuff, which always felt a bit harsh even by 90s standards!)

The game's eight racers put up quite a fight in the single-player (and two-player split-screen) cup modes, never far from your tail even when they have little right to be, but for a lot of players the game took on another life in Battle mode, where two players drive around enclosed mazes gathering power-ups and trying to tag each other three times to pop balloons and win a round. This mode seems to have fallen out of favor over the years, particularly as online play has given the core racing a new lease of life, but the original Battle mode tracks were an elegant bunch and we lost many hours duelling our siblings here.

One of the reasons Battle mode feels so natural is Super Mario Kart's weird split-screen setup. Even in single-player, the screen is split into two - you race around on the top half of the screen while the bottom half shows an overhead view of the map. And the upshot was that playing multiplayer looked and felt exactly the same - the second player just took over the bottom half of the screen and the map was removed.

For some reason this didn't bother us in the slightest back in 1992, whereas any game that tried this nowadays would presumably be castigated for it. But then Super Mario Kart wasn't up against any preconceptions - it created the kart racing genre from scratch, defining much of the vocabulary that successive developers have used to rewrite it in the decades since. Going back to play it now, it's satisfying to realise that it still has a character very much its own, and its simple elegance and rewarding difficulty curve have definitely stood the test of time. If you've still never played it, grab yourself a SNES Classic Edition and put that right.